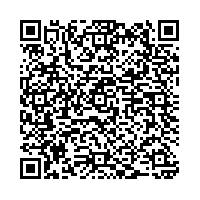 Are the optimum pharmaceutical preparations used for the second-line eradication therapy for helicobacter pylori infection in japan? - A discussion from a simulation for the amount of antibiotics in stomach based on the data of dissolution studies

The purpose of this study was to evaluate whether the optimum preparations are used for the second-line eradication therapy for Helicobacter pylori (H. pylori) infection in Japan. In the therapy, commercial tablets, which have 250 mg of amoxicillin (AMX) and 250 mg of metronidazole (MTZ), are used as antibiotics. The evaluation was performed by dissolution tests and simulations for intragastric drug concentrations based on the dissolution data. The dissolution tests were performed using the paddle method of Japanese pharmacopoeia XV. The data obtained were used for the simulation of intragastric drug concentrations. In dissolution studies, the 100% dissolution time (T100%) of AMX from the tablet which was about 20 min was faster than that from AMX alone (about 6 h). T100% of MTZ from the tablet which was about 3 h was later than that from MTZ alone (about 30 min). In simulated intragastric concentrations, the time above minimum inhibitory concentration (MIC) of the AMX tablet was 6.6 h which was shorter than that of AMX (11.4 h). The Cmax of the MTZ tablet was 0.095 mg/ml which was lower than that of MTZ (0.190 mg/ml). However, AMX is a timedependent antibiotic, longer duration above MIC is desirable. On the other hand, MTZ is a concentration-dependent antibiotic, higher Cmax is desirable. In conclusion, the commercial products are found to be not the best, and preparing an AMX pharmaceutical preparation with more sustained release characteristic and a MTZ preparation with more rapid release characteristic are considered to be very advantageous