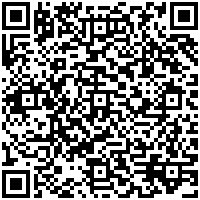 Protective effects of curcumin, vitamin C, or their combination on cadmium-induced hepatotoxicity

Curcumin, a biologically active compound from turmeric, and vitamin C act as a natural antioxidant and potent chemopreventive agent. The objective of the study was to investigate whether the combined pretreatment with curcumin and vitamin C offers more beneficial effects than that provided by either of them alone in reversing cadmium (Cd)- induced hepatotoxicity. For this purpose, 64 adult male Wistar rats, equally divided into control and seven treated groups, received either Cd (as CdCl2 5 mg/kg), curcumin 400 mg/kg, curcumin 200 or 400 mg/kg + CdCl2, vitamin C 100 mg/kg + CdCl2, curcumin 200 or 400 mg/kg + vitamin C + CdCl2. All groups were treated by gavage for 27 days. The results showed that Cd treatment increased significantly lipid peroxidation levels,decreased significantly the glutathione levels, increased significantly on metallothionein (MT) expressions including the degenerative changes of liver histological tissues were observed. The treatment of Cd-exposed rats with curcumin or vitamin C alone could not reverse Cd-induced the above changes. The combined treatment with curcumin along with vitamin C before Cd intoxication was more effective than that with either of them alone in reducing such changes and reverse the changes almost similar to that of control. In conclusion, the results demonstrated that the combined pretreatment with curcumin along with vitamin C could recover the alterations and offer more protection than curcumin or vitamin C alone against Cd hepatotoxicity.