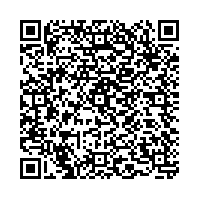 Aims: The aim of this study is to evaluate potentially inappropriate medications (PIMs) in the elderly at cardiology outpatient department (OPD) of a tertiary care teaching hospital using Beers criteria and to find the direct cost burden of PIMs. Materials and Methods: The present study was an observational crossâsectional study. Prescriptions of the patients’ aged ≥65 years were collected from the cardiology OPD and were analyzed. PIMs were identified with the help of Beers 2012 criteria. Direct costs of prescribed drugs were calculated. Predictors (comorbid conditions, number of drugs prescribed) associated with PIM use were identified using bivariate analysis. Multivariate logistic regression was then applied to study the influence of these variables on PIM use. A P < 0.05 was considered statistically significant. Results: A total of 236 patients received 1443 drugs. According to Beers 2012 criteria, 29.3% patients received at least one PIM followed by two and three PIMs in 10 and 23 patients, respectively. The most commonly prescribed PIM was spironolactone in 15.7% patients followed by benzodiazepines in 15 patients. The total cost of therapy for 1 day was Indian Rupee (INR) 10,029.2 while total cost of all prescribed medications in per day was INR 42.5. Conclusions: This study showed higher use of PIMs among the elderly in cardiac OPD. It is important to improve the situation of older cardiac patients who have higher use of PIMs. In older patients, high prevalence of PIMs was associated with increased cost. The use of regular continuing medical education program by the hospital and educating and training doctors on rational prescribing will help alleviate this issue.