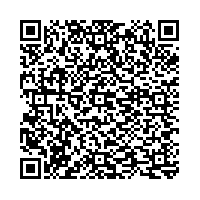 Rationale: The active compounds or metabolites of herbal plants exert a definite physiological action on the human body and thus are widely used in human therapy for various diseases including cancer. Previous studies by our group have reported the anticarcinogenic properties of the two herbal plants extracts (HPE) of Aristolochia tagala (AT) Cham. and Curcuma caesia (CC) Roxb. in diethylnitrosamineâinduced mouse liver cancer in vivo. The anticarcinogenic properties of these extracts may be due to the active compounds present in them. Objectives: Our objective was to analyze the phytochemical constituents present in AT and CC, to assay their antioxidant properties and to determine their role in a possible intervention on tumor progression. Materials and Methods: Qualitative and quantitative analysis of constituent with anticancer properties present in the crude methanol extract of the two plants CC and AT was carried out following standard methods. Separation of the phytochemical compounds was done by open column chromatography. The extracts were eluted out with gradients of chloroformâmethanol solvents. Ultravioletâvisible spectra of individual fractions were recorded, and the fractions were combined based on their λmax. The free radical scavenging activity of crude extracts and fractions obtained was also determined; the radical scavenging activity was expressed as IC50. Highâperformance thin layer chromatography (HPTLC) analysis of fractionated compounds was carried out to identify partially the phytochemical compounds. The antiâinflammatory and anticancer activity of AT and CC extracts was studied in DEN induced BALB/c mice by analyzing the tumor necrosis factorâα (TNFâα) levels in serum and the nuclear factor kappaB (NFâκB) binding activity in nuclear extracts of the liver. Results: It was observed that both AT and CC contained compounds such as phenolics, tannins, flavonoids, terpenoids, etc., and both extracts exhibited antioxidant capacity. HPTLC analysis revealed the presence of phenolic compounds in CC and indicated the presence of anthocynidin 3âglycosides, 6âhydroxylated flavonols, some flavones and chalcone glycosides in AT and also confirmed the presence of compounds such as terpenes, phenols, steroids, and other organic compounds in CC and presence of flavonoids in AT. In vivo studies carried out in BALB/c mice showed that exposure to DEN caused an increase in TNFâα and NFâκB binding activity. The HPE (CC or AT) was seen to revert this effect. Conclusions: The current paper documents the antioxidant, antiâinflammatory, and anticancer activity of the two extracts probably through TNFâαâmediated decrease in NFâκB binding activity. The active components of AT and CC may act as the potential anticancer agents in hepatocellular carcinoma and warrants further investigation.