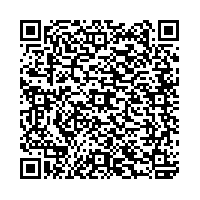 Analysis of Prescribing Pattern and Techniques of Switching Over of Antipsychotics in Outpatients of a Tertiary Care Hospital in Delhi: A Prospective, Observational Study

Context: Drug utilization study, prescribing practices, switchovers. Aims: The present study aims to analyze antipsychotic prescriptions, assess whether they conform to WHO core prescribing indicators and identify types and reasons behind switching over from one antipsychotic to another. Settings and Design: The present study, prospective and observational in design, was conducted in the psychiatry outpatients department of a tertiary care hospital in Delhi for 1 year. Methods and Material: A total of 224 patients enrolled were followed up for a period of 90 days. WHO core prescribing indicators were assessed. Technique of switching over from one antipsychotic to another was monitored. Statistical analysis used: The data was entered and analysed using statistical software SPSS 17.0. The demographic data was presented as Mean +/- Standard deviation. The WHO core drug prescribing indicators were expressed as percentages. For all statistical analysis, a p value of <0.05 was considered significant at a confidence interval of 95%. Results: A total of 293 antipsychotics were prescribed over the 90 day study period, of which 88.7% belonged to atypical class. Antipsychotics were used for off label indications 18 times. The use of anticholinergics was 18.8% against 32.9% antipsychotic usage. Polypharmacy was reported in 14.17% cases. We report 52 patients who switched over from one antipsychotic to another once during the study period while 3 patients switched over twice, thus amounting to total of 58 switches. Conclusions: Polypharmacy and off label prescribing needs to be carefully monitored and practices like prescribing from essential medicines list and by generic name need to be encouraged. Early switching over could be related to adverse effect while switch over later on in therapy could raise questions on efficacy of the drug