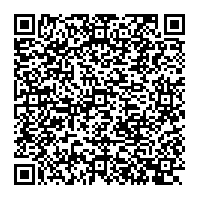 Analysis of Prescribing Pattern and Techniques of Switching Over of Antipsychotics in Outpatients of a Tertiary Care Hospital in Delhi: A Prospective, Observational Study

This is an open access article distributed under the terms of the Creative Commons Attribution-Non Commercial-ShareAlike 3.0 License, which allows others to remix, tweak, and build upon the work non-commercially, as long as the author is credited and the new creations are licensed under the identical terms.

Context: Drug utilization study, prescribing practices, switchovers. Aims: The present study aims to analyze antipsychotic prescriptions, assess whether they conform to WHO core prescribing indicators and identify types and reasons behind switching over from one antipsychotic to another. Settings and Design: The present study, prospective and observational in design, was conducted in the psychiatry outpatients department of a tertiary care hospital in Delhi for 1 year. Methods and Material: A total of 224 patients enrolled were followed up for a period of 90 days. WHO core prescribing indicators were assessed. Technique of switching over from one antipsychotic to another was monitored. Statistical analysis used: The data was entered and analysed using statistical software SPSS 17.0. The demographic data was presented as Mean +/- Standard deviation. The WHO core drug prescribing indicators were expressed as percentages. For all statistical analysis, a p value of <0.05 was considered significant at a confidence interval of 95%. Results: A total of 293 antipsychotics were prescribed over the 90 day study period, of which 88.7% belonged to atypical class. Antipsychotics were used for off label indications 18 times. The use of anticholinergics was 18.8% against 32.9% antipsychotic usage. Polypharmacy was reported in 14.17% cases. We report 52 patients who switched over from one antipsychotic to another once during the study period while 3 patients switched over twice, thus amounting to total of 58 switches. Conclusions: Polypharmacy and off label prescribing needs to be carefully monitored and practices like prescribing from essential medicines list and by generic name need to be encouraged. Early switching over could be related to adverse effect while switch over later on in therapy could raise questions on efficacy of the drug

Over the past decades, innumerable utilization studies using WHO drug use indicators have been carried out in different health care settings in India. However, drug utilization studies involving drug use indicators are lacking for psychiatry patients. Psychotropic, psychoactive or psychotherapeutic drugs are the medication used for pharmacological treatment of mental disorders. These have been classified traditionally as antipsychotics, antidepressants, mood stabilizers and antianxiety or sedative hypnotics.[1]

Antipsychotic drugs can be used to help treat a wide variety of psychiatric disorders. However, specific antipsychotic drugs for any particular patient may need to be changed for a number of different reasons, including a lack of therapeutic efficacy and/ or intolerance to medication side effects. Drug switching may occur through a limited number of established patterns. A study conducted in Canada observed patients for one year prior to and during admission to the hospital, and of the 139 patients enrolled, a total of 31 switched antipsychotic drugs. The frequency of switching increased closer to the time of admission, and the proportional rate of switching was even higher during hospital stay. The most common switch was from risperidone to quetiapine. The analysis identified three main patterns of drug switching, all occurring with similar frequency: titrated drug switches, abrupt drug switches and concurrent drug administration. However, the study could not indicate whether any specific manner of drug switching predominates.[16]

Off-label drug prescribing is very common in Psychiatry. US-Food and Drug Administration has defined off-label drug as “use of drugs for the indication, dosage form, regimen, patient, or other use constraint not mentioned in the approved labelling.” A one year long, prospective, cross sectional study was conducted in Gujarat to evaluate off-label drug use in patients attending Outpatient Department of Psychiatry.[17] A total of 980 drugs were prescribed out of which 387 (39.5%) were off-label. Of 250 patients, 198 (79.2%) received at least one off-label drug.29 Inappropriate indication was the most common category of off-label use. Off label use of atypical antipsychotics was seen in 14 (5.6%) patients only.

To describe the prescribing pattern of antipsychotics in outpatients of a tertiary care hospital in Delhi.

To report the technique of switching over and determine if any temporal relationship exists.

The study was conducted in the Department of Pharmacology, Maulana Azad Medical College and Department of Psychiatry at Govind Ballabh Pant (G.B. Pant) Hospital, New Delhi. G.B. Pant Hospital is a 600 bedded super speciality hospital which provides health services to patients form Delhi and neighbouring regions. The Outpatients Department (OPD) of Psychiatry provides services from 9.00 A.M till 1.00 P.M. from Monday to Saturday.

The study was designed as a hospital based prospective and observational study.

The study was conducted after Institute Ethics Committee approval.

All patients who were 18 years and above, of either sex, who had been newly diagnosed and prescribed one or more antipsychotic drugs were included in the study. The study included only outpatients visiting the hospital.

Exclusion Criteria: Patients excluded from the study were as follows- Inpatients, Patients on substance abuse.

Patients and/or their attendants were made to understand the purpose, their rights, and the procedure of the study with the help of patient information sheet and written informed consent prepared in Hindi and English. Left thumb impression fingerprint was taken in the presence of an appropriate witness for illiterate patients.

A total of 224 patients were enrolled. This was calculated based on data obtained from a study by Ghosh et al. using α-5% , power- 80%, and acceptable error-10%.8

Patients were enrolled after written informed consent and as per the inclusion criteria. Prescriptions of patients visiting outpatients department (OPD) of G.B. Pant Hospital, New Delhi were collected on the first day of visit and analysed for patterns of antipsychotic drug prescribing. Patients were included if they were prescribed atleast one antipsychotic drug irrespective of diagnoses. Any change in prescribed antipsychotic, i.e., switch over, was recorded but the prescription of individual patient was analysed on the whole and considered as a single case record.[19] The World Health Organisation (WHO) prescribing drug indicators were used for analyses which are as follows :-

The patients were followed for 3 months or 90 days both telephonically as well as during subsequent visits to the outpatients department. In the outpatients department, patients are followed up every 2 weeks for medication refills as well. These approaches were undertaken to decrease the bias arising due to loss to follow up. At the end of the study period, i.e., 90 days, the following were noted.[20-22]

Prescription analysis to note for changes, if any. Changes in prescription noted were ‘switch overs’ from one drug group to another, or prescribing from within the same group, or ‘add- on’ drugs to the existing prescription, either due to inadequate response or adverse drug reaction with the medication. “Switches” were defined as when one antipsychotic was terminated and a different antipsychotic was started within at least 3 weeks, or if the two antipsychotic prescriptions overlapped with a titration down (eventually ending in termination) within 3 weeks. Switches were classified into one of four categories, based on previously defined approaches:

(i) Titrated - At least one drug was tapered,

(ii) Immediate - First drug was terminated and the second drug started abruptly with no overlap or tapering,

(iii) Gap - Gap of less than 3 weeks between antipsychotic prescriptions, and

(iv) Overlapping - Both the initial and the new antipsychotic were given concurrently for some period of less than three weeks ending in a termination of the first antipsychotic with no titration down.[16]

Other indicators that were used are as follows-

• Percentage of patients receiving more than one antipsychotic.

The data was entered and analysed using statistical software SPSS 17.0. The demographic data was presented as Mean +/- Standard deviation. The WHO core drug prescribing indicators were expressed as percentages. The patients who were lost to follow up were not included in the final analysis. Only those patients who completed the 90 day study period were included to get an accurate measurement of the frequency of switching over. For all statistical analysis, a p value of <0.05 was considered significant at a confidence interval of 95%.

Psychotic disorders (67.81%) was the major diagnosis amongst the patients enrolled. This was followed by bipolar disorder (22.46%), depressive disorders (5.32%) anxiety disorders (3.08%) and other disorders in which antipsychotics were prescribed off label (1.33%) as shown in Figure 1. Indication wise use of various antipsychotics

Table 1 below shows use of different antipsychotic agents in different diagnoses. Risperidone had been prescribed 131 times, mostly in psychotic disorders (n=79) and bipolar disorders (n=50). Likewise, aripiprazole had been used 21 times, clozapine 15 times, quetiapine and trifluoperazine both 8 times, while haloperidol, amisulpride and fluphenazine were used total of 12 times.

Number of drugs prescribed per patient per encounter Figure 3: Number of drugs prescribed per patient per encounter (n=557)

The WHO core prescribing indicators were evaluated. We noted an average of 3.12 (± 0.41) drugs per encounter. Only 16.22% of drugs were prescribed by generic name. Remaining were prescribed using brand names available in local pharmacies near the hospital. We report zero encounters wherein an antibiotic was prescribed. An injection of fluphenazine was prescribed to one patient (0.44%). Majority of the drugs (72.41%) were prescribed from the hospital Essential Medicines List [Table 2]. Other indicators noted were percentage of fixed dose combinations, patients who were prescribed more than one antipsychotic at a single visit. We found no usage of fixed dose combinations. Only 11 patients (4.91%) had been prescribed more than one antipsychotic at a single visit. These 11 patients were exclusive of those having titrated or overlapping switchovers.

Switch over and drug class

Distribution and type of switch between antipsychotics over 12 week period Figure 4: Distribution and type of switch between antipsychotics over 12 week period

Off labelled use of antipsychotics

In the present study, an average of 3.12 drugs were prescribed per encounter. These findings are lower than that observed (6.24) in a cross sectional study at a psychiatry outpatient department of a tertiary care hospital in Delhi.[25] It is an evidence of rational practice in our setup to have lesser number of drugs per encounter as a higher number could be a potential cause for drug interactions. However, only few (16.22%) drugs were prescribed by generic name which is very low compared to a study report at Burdwan (92.66%).[8] Other study conducted in Delhi noted 25.12% prescription by generic names.[26] The pattern of prescribing by brand names comes from increased marketing pressure by pharmaceutical companies and needs to be seriously addressed. In our country where costly drugs pose a great burden to the economically weaker section, prescribing by generic names would be a healthy practice. We did not have any patient being prescribed an antimicrobial. Overuse and misuse of antimicrobials is rampant and leads to development of resistance in the community. This observation in our study reflects judicious and restricted use of antimicrobials.[27] We also report only one instance of antipsychotic, fluphenazine injection being prescribed. This observation is in tune with the current opinion to restrict irrational use of injections.[9]