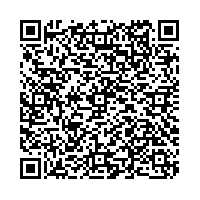 Frequency and Patterns of Adverse Drug Reactions among Elderly In-Patients in a Nigerian Teaching Hospital.

Background: Adverse drug reactions (ADRs) are common and important causes of morbidity and death in the elderly. Though the world elderly population is on a rise, data on the profile of adverse drug reactions (ADR) in Sub-Saharan Africa is still sparse. This study was aimed at determining the frequency of occurrence and patterns of ADR among admitted older Nigerians. Methods: This was a prospective study of patients aged 65 years and above admitted in a Nigerian tertiary health institute. ADR was defined using the World Health Organization (WHO) definition of ADR, while intensive event recording was used to detect ADR. Patients were grouped into those admitted with an adverse drug reaction (ADRad) and those that developed an adverse drug reaction during hospitalization (ADRin). Results: A total of 345 patients were surveyed. There were 23 cases (males: 14[60.9%], females: 9 [39.1%]) of ADRs giving an overall frequency of 6.7% (n=23/345) (95% CI: 4.0-9.3) [ADRin: 2.6% (n=9/345) (95% CI: 0.9-4.3), ADRad: 4.1% (n=14/345) (95% CI: 2.0-6.1)]. The ADRs were severe in 60.9% (n=14/23), moderate in 30.4% (n=7/23) and mild in 8.7% (n=2/23) of the cases. Gastrointestinal bleeding accounted for 39.1% (n=11/23) of ADRs while the non-steroidal anti-inflammatory drugs (NSAIDS) and steroids were implicated in 56.5% (n=13/23) and 17.4% (n=4/23) of the ADR respectively. ADR accounted for 1.7% (n=6/345) of death among the medical elderly in-patients. Conclusions: Adverse drug reactions were common among the elderly inpatients and in most cases severe. NSAID induced gastrointestinal bleeding was the most frequent adverse drug reaction. .

The worldwide demographic transition of population strata towards maturity has engendered interest on drug related problems among older people. Adverse drug reactions (ADRs) are common place problems that have existed before it was brought to fore by the thalidomide tragedy in 1967.[1] An adverse drug reaction (ADR) according to the World Health Organization (WHO) is any response to a drug which is noxious and unintended and which occurs at doses normally used in man for prophylaxis, diagnosis or therapy of a disease or for the modification of physiological function.[2]

Adverse drug reactions (ADRs) are important causes of morbidity and mortality and can occur during hospital admissions or in the community leading to hospital admissions. ADRs affect persons of all age and sex but older people are a high risk group for ADRs. Though the frequency of ADR tends to increase with age, patient-specific physiological and functional characteristics may more probably predict adverse outcomes associated with specific drug therapies than chronological age.[3] The prevalence of adverse drug reactions among hospitalized older people ranges from 1.5 to 44% and from 2.5 to 50.6% among older outpatients.[4]

Old people are particularly at risk of developing adverse drug reactions because of the pharmacokinetic and pharmacodynamic changes that arise secondary to the usual physiological and anatomical changes that accompany the process of aging.[5] Other contributory factors include co-morbidities, number and type of medicines administered, poor adherence to therapy and prescription of complex drug regimen for elderly with poor cognitive functions.[5-7] In a recent review by Howard et al.[7] the four groups of drugs (antiplatelets, diuretics, NSAIDs and anticoagulants) associated with greater than 50% of preventable drugrelated admissions are those most likely to be used by older people.

Currently effective geriatric pharmacovigilance program and data on ADR among older people is grossly lacking in sub-Saharan Africa including Nigeria, Africa’s most populous country with well over 160 million people.[8] This study was aimed at determining the frequency of occurrence of adverse drug reactions (ADRs) and the profile of adverse drug reactions among hospitalized older people in a southeastern Nigerian tertiary hospital.

This was a prospective study of patients aged 65 years and above admitted into the medical wards of the Nnamdi Azikiwe University Teaching Hospital Nnewi in Southeast Nigeria from January 2009 to December 2009. Some of the patients were discharged in 2010. The hospital is a 350 bed hospital and is the largest tertiary hospital and referral center in Anambra state, Southeast Nigeria. Patients from all clinical sub-specialties in internal medicine are admitted into the medical wards from either the emergency department or from the medical outpatient clinics.

On admission the patients or/and their caregivers were interviewed. Demographic data, relevant medical history, admitting diagnosis and other co-morbidities were obtained and entered into a case report form. Medicines prescribed for the patients were also documented. Cases of deliberate or unintentional over dosage with drugs were not regarded as adverse drug reactions.

The intensive event recording method was used to detect ADRs that occurred during admission in the study. This involved a daily review of the patients until discharge. The daily review involved direct interactions with the patients and their caregivers to elicit any history suggestive of an adverse drug reaction and where necessary, the patients were examined. During the rounds also the patients’ treatment and nursing charts were reviewed for information suggestive of an ADR like sudden discontinuation of medication and use of an antihistamine/ steroid which might indicate interventions to treat an ADR. In such cases further interactions with the nursing team and the managing medical teams were conducted to ascertain the reasons for such interventions. Available laboratory results (serum electrolytes, blood urea and creatinine, liver function test, full blood counts, urinalysis, etc.) were also reviewed during such daily rounds for abnormalities that may suggest an adverse drug reaction.

The Naranjo ADR Probability scores[9] and the WHO case causality assessment criteria [10] were used in the study to evaluate causality. The two investigators independently assessed each case using the two causality algorithms and results were accepted where there was an agreement in the scores. In cases where there were disparities in scores obtained by the individual investigators a final score was agreed on following further consultations and reconciliation of areas of inconsistencies.

The ADRs were classified into two groups, those admitted to hospital due to an adverse drug reaction (ADRad) and those experiencing an adverse drug reaction while in hospital (ADRin). ADR was assessed as severe if disabling or life threatening, moderate if requiring change of therapy or additional treatment and mild if bothersome but requires no change of therapy.[11] ADRs were classified according to Rawlins and Thompson classification.[12]

Table 1: Demographic data and the profile of adverse drug reaction

Table 2: The Naranjo ARD probability scale and WHO causality assessment

Table 5: Patterns of use of NSAIDS, steroids and anticoagulants

The prospective nature of this present study affords accurate recording and avoid the errors of poor record keeping associated with retrospective studies. The longitudinal nature of the study further affords the ability to document adverse drug reactions occurring during admission and allowed for a longer term documentation of the outcome of the adverse drug reactions.

The frequency of ADR leading to admission of 4.1% (95% CI: 2.0-6.1) obtained in our study is less than 5% estimated by Einarson[13] from various worldwide studies and also less than 6.5% found in two recent United Kingdom (UK) studies.[14] However it is higher than 2.6% estimated by Wiffen et al.[15] in a systemic review of retrospective and prospective studies with worldwide coverage but with a predominance of North America studies where ADR rates tend to be about half those in Europe and UK. Unlike our study which was on older people the estimates in Wiffen series included studies on the entire population thus limiting direct comparison of results. This also applies to the two UK studies[14] which were on adult in-patients 16 years and above. The frequency of 2.6% (95% CI: 0.9-4.3) obtained for ADR occurring during admission in our study is within the range for hospitalized older patients which have varied from as low as 0.86% in Australia[14] to 37% in the Netherlands.[15] Currently there are no local figures in Africa to compare with our findings. The high overall frequency rate of adverse drug reaction of 6.7% obtained in our study may serve as an indicator of a high burden of ADR among older Nigerians.

Our study did not show any statistically significant difference in the incidence of adverse drug reaction between the young old on one hand and the middle old and oldest old at the other hand though other studies have report increase in the frequency of ADRs with age.[16-20] Our findings however may be in agreement with the report of Van dem Bemt et al.,[21] who reported that though frequency ADRs is highest for patients in their 5th and 6th decades the frequency of ADRs tends to decreased thereafter. The patients in our study patients were in their 6th decade and beyond. Furthermore the size of our patient population may be inadequate to demonstrate any significant difference in the frequency of ADR between the age groups in our study. Similarly the sex difference in the frequency of adverse drug reactions reported by some other studies with a female preponderance[22,23] was not found in our study, rather there were more males with ADRs in our study though the difference was not statistically significant. Patient specific physiological and functional characteristics and perhaps the specific medications used may probably have been more important than chronological age and sex in predisposing to adverse outcome associated with therapy in this present study.

ADR was responsible for the death of 1.7% (n=6/345) of admitted older patients during the study period. The incidence rate of fatal ADR of 26.1% (6/23) in our study is higher than 0.32% and 0.15% reported in United States of America and UK respectively.[14,24] This high frequency may be related to the difference in the characteristics of our study population. We studied hospitalized older population who in addition to the ADR may have other co-morbidities that may increase the risk of mortality.

The non-steroidal anti-inflammatory drugs (NSAIDs) were the most common class of drug implicated in ADRs in our study. NSAIDs are frequently implicated in ADRs and have ranked as the leading cause of ADR in some studies while in some others they have ranked lower.[18] Adverse drug reactions associated with the use of NSAIDs accounted for 56.5% (13 out of 23 cases) of ADRs in our study. In these cases of NSAIDs related ADRs the adverse effects were on the gastrointestinal tract in 56.5%. High incidence of gastrointestinal bleeding associated with NSIAD use has been reported in other studies.[14,25]

Majority (seven out of thirteen) of NSAID related gastrointestinal bleeding in our study occurred in patients taking either combination of different NSAIDs concomitantly or combination of NSAIDs with either a steroid or an anticoagulant. This finding brings to fore the dangers associated with the current pattern of sale and use of NSAIDs in Nigerian rural and urban communities.[28] The extent of use of such combinations by the elderly in the society and the harm resulting from the use of these combinations is however beyond the scope of this present study and will take further studies to elucidate.

The authors wish to acknowledge the nursing and medical staff of Department of Internal medicine, Nnamdi Azikiwe University Teaching Hospital for their support during the study. We also wish specially thank to Dr. Solomon Raphael and Dr. Egini Ogechukwu for their assistance during data acquisition.