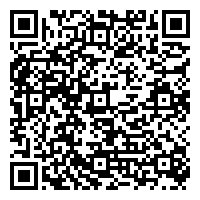 Review of insulin and its analogues in diabetes mellitus

Diabetes is a metabolic disorder where in human body does not produce or properly uses insulin, a hormone that is required to convert sugar, starches and other food into energy. Diabetes finally leads to more complications and to prevent these complications insulin and its analogues are used. After more than half a century of treating diabetics with animal insulin’s, recombinant DNA technologies and advanced protein chemistry made human insulin preparations available in the early 1980s. As the next step, over the last decade, insulin analogues were constructed by changing the structure of the native protein with the goal of improving the therapeutic properties of it, because the pharmacokinetic characteristics of rapid, intermediate and long-acting preparations of human insulin make it almost impossible to achieve sustained normoglycemia. The first clinically available insulin analogue, lispro, confirmed the hopes by showing that improved glycaemic control can be achieved without an increase in hypoglycaemic events. Two new insulin analogues, insulin glargine and insulin aspart, have recently been approved for clinical use in the United States and several other analogues are being intensively tested.