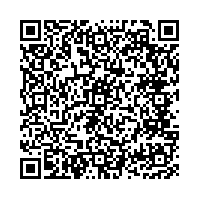 Introduction: Pharmacists stand at the interface between research and development, manufacturer, prescriber, patient and the medicine itself. The hallmark of the pharmacy curriculum became a focus on patient care as it was realized that no part of the pharmacy curriculum included patient contact. This was made reticent during 2008, as the pharmacy profession moved to a six years Pharm.D program in India. However, relatively little information has been published describing the current status of Pharm.D education of India.

Methods: The instrumentation survey of six months duration was performed among healthcare providers, practitioners and academicians to assess the responses and awareness of Pharm.D in south India towards a standard self-administered questionnaire.

Results: Out of 350 respondents 44.28% were physicians, 22.86% were nurses, 18.57% were pharmacists and 14.47% were public. The current study delineated that six years pharmacy practice specialty program (Pharm.D) objectives, curriculum and its practices, was well received and appreciated by physicians and pharmacists, which was found to be in contrast among nurses and public. The research accentuates the recognition of patient centered pharmacy services at all levels of health systems, providers and consumers are still at infancy.

Conclusion: The researchers felt the responses will be optimistic, when a series of awareness, orientation and sponsorship programs on facilitating, strengthening and supporting the program outcomes of Pharm.D is promoted by the Indian statutory bodies governing medical, nursing and pharmacy education, on escalating roles of pharmacist-delivered patient care and shift toward health system implementation in terms of patient care and drug safety.