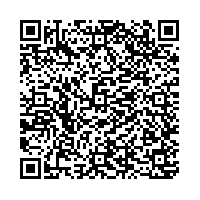 Background and objective: Antibiotic resistance has risen perilously in all parts of the world. The lack of appropriate therapeutics to encounter resistant pathogens has enhanced the urge for the development of either new antibiotics or adjuvant therapy with antibiotics. Thus, we aimed to study a comparative antibiogram pattern of 102 clinical isolates towards Elores (a novel antibiotic and adjutant entity of ceftriaxone, sulbactam and disodium edetate) and other antibiotics (colistin, piperacillin/tazobactam, tigecycline, cefoperazone+sulbactam and cefepime+tazobactam). Methods: The clinical samples collected from infective patients admitted to Tertiary care Hospital, Mumbai (India) between June 2016 to December 2016 was further subjected to bacterial identification. Antibiotic susceptibility testing was executed in accordance with the recommendations of Clinical Laboratory Standards Institute (CLSI) guidelines. All isolates included in this study were resistant to carbapenems. Results: Out of 4212 collected samples, carbapenem resistant isolates were recovered from 102 clinical samples in which urine samples contributed 51.96% followed by sputum and tracheal secretion which added 8.82% each while rest of the clinical specimen contributed 30.4%. Klebsiella pneumoniae (61.76%) was most predominant among all the resistant clinical isolates followed by Escherichia coli (18.63%), Acinetobacter baumannii (14.71%), Serratia marcescens (2.94%) and Enterobacter cloacae (1.96%). These 102 clinical isolates which were found resistant towards imipenem and meropenem were included in this study and further processed for antimicrobial susceptibility analysis with respect to other antibiotics. Data suggested, the antibiogram profile of Elores was extremely higher (100% susceptible) towards clinical pathogens over rest of the antibiotics such as piperacillin/tazobactam (0-6.7%), cefoperazone+sulbactam (0-20%), cefepime+tazobactam (0-33.3%) and tigecycline (34.7-100%) but it was found comparable to colistin (87.3-100%) except S. marcescens which shows inherent resistance to colistin. Conclusion: Susceptibility profile data revealed the equivalence of Elores (Antibiotic-adjuvant entity; AAE) with colistin and strong superiority over other antibiotics including β-lactam and β-lactamase inhibitors combination (BL-BLI) and protein synthesis inhibitors. Hence, Elores can be treated as a most efficient treatment option towards infections caused by carbapenem resistant pathogens.