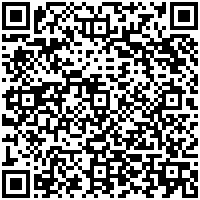 Prescribing pattern of interns in a primary health center in India

Rationale: Nutritional supplements are preparations intended to supplement the diet and provide nutrients. They include vitamins, minerals, fiber, fatty acids, or amino acids, that may be missing or may not be consumed in sufficient quantities in a person’s diet. Many health professionals including dietitians, physicians and pharmacists are supplement users. Objectives: The objectives of the present study were to determine knowledge and use of dietary supplements among students of College of Medicine, University of Lagos who are potential health professionals. Methodology: A self‑administered questionnaire with a mix of open and close ended questions was employed to collect data in this study. It was distributed to 300 students that were in their final year in various departments of the college. Findings: Response rate was 89%. About 86% of the students have used dietary supplement before while half of them (50%) have used it in the past 12 months. The common types of dietary supplements used in the past 12 months are the vitamins. The reasons for use by the students were good health, poor diet, to boost immunity, weight gain and doctor’s prescription. Most of the students were occasional and once in a while users. Conclusions: Majority of the students were aware of dietary supplement use and most of them were occasional users.