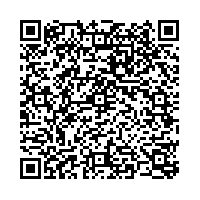 Background: Antioxidants have a significant effect against the ionizing radiationinduced damages. Protective effect of Poly-MVA and Rejeneril A against radiationinduced hematological changes and damage to the ileum part of the intestine in mice was studied. Methods: Mice exposed to a lethal dose of 8 Gy radiation were observed for survival following administration of Poly MVA or Rejeneril-A. The effect of these substances against 5 Gy radiation-induced hematological changes and damage to the intestinal ileum was also studied. The treatment was given seven days before and seven days after the irradiation, or only seven days following the radiation. Lesions in the ileum were measured using a microscopic scoring system, and the level of reduced glutathione (GSH) was measured in the mucosa on 8th day. DL-α- Lipoic acid was used as standard drug. Results: Poly-MVA, Rejeneril-A and lipoic acid were effective to sustain the survival of animals when treated 7-days before and after the irradiation. The level of GSH in the control group on the 8th day (11.20 ± 2.50 μ mol/mg protein) was lower than that of normal (11.64 ± 4.23 μ mol/mg protein). The GSH was improved in all the treated groups (p>0.05). Similarly, DNA and lesion to ileum also demonstrated statistically significant improved by the treatment. Conclusion: While each treatment demonstrated statistically enhanced protection, the hematological order of protection was Rejeneril-A>Lipoic- acid>Poly-MVA, while protection against DNA damage or lesions of ileum was in the order of LA>Poly-MVA>Rejeneril-A. Variations in the protection can be ascribed to the antioxidant activity.