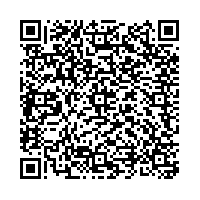 Rationale: Pharmacotherapy for patients infected with human immunodeficiency virus (HIV) is complex and increases the potential for drug therapy problems (DTPs). We described the frequency and type of DTPs in a Nigerian cohort of HIV infected patients on antiretroviral therapy (ART), as well as the changes in HIV clinical outcomes after pharmacists’ intervention. Methods: A prospective 1‑year descriptive study was conducted from July 2010 to June 2011, at the adult HIV clinic of Jos University Teaching Hospital, Nigeria. DTPs and the associated pharmacist‑initiated interventions were documented. Chi‑square and Wilcoxon signed ranks test was used as appropriate, to compare the main outcome measures of pre‑ and post‑intervention levels of viral load and CD+ cell count. Results: A total of 64,839 prescriptions were dispensed to 9320 patients. Interventions were documented for 85 unique patients (incidence of 1.31 interventions/1000 prescriptions), of which 62 (73%) and 3 (3.5%) were on first‑ and second‑line ART, respectively, while 20 (23.5%) were yet to commence ART. Reasons for pharmacist intervention included failure to initiate therapy for HIV or hepatitis B infection; therapeutic failure (25.9%); and drug toxicity (24.7%). After intervention, the percentage of patients with HIV ribonucleic acid level <400 copies/mL rose from 29.4% to 67.1% (P < 0.001), while median (interquartile range) CD4+ cell count increased from 200 (123–351) to 361 (221–470) cells/mm3 (P < 0.001). Conclusion: Pharmacist intervention resulted in clinically significant improvements in patients HIV virological and immunological outcomes. This highlights an important role for the pharmacist in the treatment and care of HIV‑infected patients, in a multidisciplinary team.