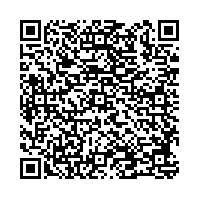 Neuroimaging, electroencephalography, response to treatment and outcome in children with status epilepticus in a tertiary care hospital

Author(s): Ahmad B*, Qadir W and Khurshid A

Background and Objectives: Status epilepticus (SE) is a pediatric neurological emergency which if not managed promptly, may result in significant neuro-morbidity and mortality. Our aim was to study the Neuro-imaging, Electroencephalography (EEG), response to treatment and outcome in children with SE.

Methods: It was an observational study conducted in post graduate Department of Pediatrics, Government Medical College, Srinagar. All patients between one month and 18 years who were admitted in PICU with SE constituted the study population. Treatment was given according to the standardized protocol followed in the hospital. Lorazepam, Phenytoin, valproate, Phenobarbitone, levetiracetam and midazolam infusion were given intravenous in that sequential order to control SE. Neuro-imaging and Electroencephalography were done after controlling SE. Outcome was assessed in terms of neuro-deficit and mortality. Statistical analysis was carried out with Statistical Package for Social Sciences (SPSS) 20.0 version. Results were presented as frequencies and percentages.

Conclusions: Neuro-imaging and EEG abnormalities are common in children with SE. Prompt treatment is necessary to prevent morbidity and mortality associated with SE.