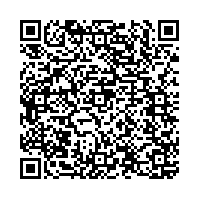 Objective: Prescription order is an important contract between the physician and patient. Regular inspection of prescriptions among surgery outpatients are hardly any in India. Therefore the present study was undertaken to study drug utilization pattern in the surgery OPD. Materials and Methods: A prospective, crosssectional study was conducted at a tertiary care center in Assam. A total of 920 prescriptions were randomly collected from the surgery OPD prescription papers existing from May 2016 to October 2016. The prescriptions were analyzed in the context of adherence to some of WHO core prescribing indicators. Results: Most number of cases arrived with complain of abdominal tenderness. The data was analyzed using WHO ‘prescribing indicators’. Average number of drugs per encounter was 3.05 ± 0.3. Drugs prescribed from National List Essential Medicine (NLEM) 2015 were 528 (57.4%). Encounters with an injection were 90 prescriptions (9.8%). The total no. of drugs prescribed by its generic name was 41.6% and the dugs given by its proprietary name was 58.4%. Most common group of drug prescribed was analgesics and antipyretics (24.96%), followed by antiulcers (23.13%) and antibiotics (18.25%). Most common drug prescribed was pantoprazole (11.55%), followed by diclofenac (10.24%) and amoxicillin and clavulanic acid (9.20%). Conclusion: This study provides a baseline data for carrying out further studies on prescribing pattern in a tertiary care unit. The pattern of prescription in terms of completeness and rationality was poor. There is an urgent need to improve the standards of drug prescription. On the basis of the finding of this study, adherence to essential drug list and generic prescription showed deviation from the standard recommended by WHO. This calls for sustained interventional strategies and periodic audit at all levels of health care. Injectable prescribing was not found to be a problem in this study.