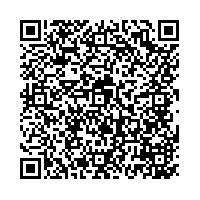 Background: Adverse drug reaction (ADR) is considered to be the sixth leading cause of death. The incidence rate estimates approximately 2% of hospital admissions are due to ADRs. Objective: To monitor ADRs in Pulmonology department of a tertiary care hospital patient with pulmonary diseases in an inpatient department of pulmonology. Materials and Methods: A prospective, single centered, observational and open labeled study was carried out in Princess Esra Hospital. The patient population was broadly divided into four categories based on diagnosis - chronic obstructive pulmonary disease, Infections, Asthma and Others. Suspected ADRs were reported, analyzed, and causality assessment was carried out using Naranjo’s algorithm scale. Results: A total of 302 patients were observed, of which 98 patients experienced ADRs, which accounted for 32.23% of the incidence and totally 160 ADEs were observed. Adult Patients were found to have higher incidence (32.09%) while the incidence rate was slightly greater in geriatric patients (32.39%). The highest incidence of ADEs were found in others group (78.57%). Majority of ADRs were suspected to be due to theophylline (19.39%). Gastrointestinal system (38.75%) was the most common organ system affected due to ADRs. Drug was withdrawn in 12 patients, and specific treatment was administered to 32 patients in view of clinical status. Specific treatment for the management of suspected reaction was administered in 32.65% of ADR reports. Conclusion: A relatively high incidence of adverse drug events (32.2%) have been recorded which shows that not only Geriatric patients, but also adults are more susceptible to adverse drug effects. A number of drugs in combination were used, and ADEs often get multiplied. Careful therapeutic monitoring and dose individualization is necessary.