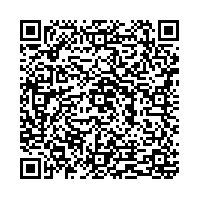 Objective: In the present study, effect of Ocimum sanctum leaves aqueous extract on the memory impairment and memory enhancing activity in zebrafish is studied using rivastigmine as the standard drug and scopolamine as the memory impairing agent. Methods: Zebrafishes were procured from local aquarium store, aqueous extract of Ocimum sanctum leaves was used as a test drug whereas rivastigmine as a standard drug. Scopolamine was used to induce memory impairment. Two behavioral tests, namely, Inhibitory Avoidance Test and color bias avoided with appetite conditioning T-Maze test were employed for evaluating the memory impairment and memory enhancement activity. Latency is the parameter measured in Inhibitory Avoidance Test whereas Time spent in the food containing green arm and average total number of entries into short arms were the parameters evaluated in T maze test. Results: The latency period of (SOTE) Ocimum sanctum pre-treated scopolamine group was found to be 42 sec whereas 9 sec in (STE) scopolamine alone treated group. The time spent in green arm by the former group was found to be 93 sec whereas 67 sec by latter group. The average total number of entries into short arms by former group was 14 whereas 17 by the latter group. Conclusion: The results of the present study contribute to the ability of OS leaves extract in ameliorating the memory impairment effects of scopolamine and can be used as a potential drug for neurodenegerative diseases like Alzheimer’s Disease.