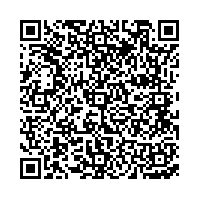 Background: Ethanoic plant extract of N.sativa and A.absinthium has compounds that act as anti-inflammatory, cardio protective, anticancer, and antioxidant. The flavonoids and reducing power in these plants are used to treat liver injury. In this research, we explored the protective effect of these plants on APAP-induced liver injury. Methodology: Albino mice were treated with extract of both plants separately and then used in combined form for 14 days, the results show the protection against injury induced in the 23 liver by APAP (220 mg/kg). In vitro study, the plants extract shows phytochemical compounds by pre-treatment assay, reducing assay, and DPPH assay. In this study, albinos were categorized into 5 groups, group I was the control group that received only distilled water, and group II received 220 mg/kg Acetaminophen by intraperitoneal injection. Group III received 350 mg/kg ethanolic extract of N.sativa and received 220 mg/kg acetaminophen. Group IV received 350 mg/kg ethanolic extract of Artemisia absinthium and received 220 mg/kg acetaminophen. Group V received both 500 mg/kg ethanolic extract of N.sativa and A.absinthium and received 220 mg/kg acetaminophen. Results: The results indicate that the extract of N.sativa and A.absinthium decreased the AST and ALT level in serum in exposed APAP mice. However, the combined form of both extracts decreased the LFTs in blood serum. Conclusion: This study proved that the plant extract is used against APAP hepatic injury and it is also associated with oxidative stress in the body. And the combined extract maybe use as a therapeutic agent against hepatitis.