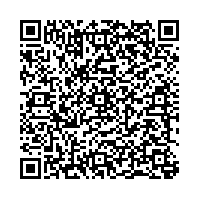 Introduction: India is the largest consumer of antibiotics in the world. Antimicrobial agents (AMA) are also the most misused and excessively prescribed therapeutic agents. A survey of OPD prescription chits of a tertiary care government hospital was carried out to describe the current treatment practices in management of infections. Methods: 1500 OPD prescriptions were analysed for the prevalence of antimicrobials prescribed by each specialist OPD and the systemic infections which were treated by using these AMA. The data of antibiotic susceptibility tests for the year 2018 was obtained for the analysis on current treatment practices of hospital infections. Results: 24.4% of all 1500 OPD prescriptions encountered from the seven departments of the hospital contained an antibacterial. Highest proportion of AMA was seen in the dental OPD (66.6%) followed by ENT and surgical OPD (36.8% & 36% respectively) and least AMA were prescribed in gynaecology and obstetrical OPD (11%). Out of the 367 AMA prescriptions, 92 prescriptions had 2 or more anti-bacterials. 54.7% of these AMA prescribed were generic oral drugs and only two prescription counts were of injectable AMA. 62% of the AMA prescriptions were for the duration of use between 5 to 10 days. 53.4% of the AMA prescription counts belonged to the ACCESS group of antibiotics, 44.1% to WATCH group and 2.5% to the RESERVE group as classified by WHO. The present study emphasizes the need to re-formulate local guidelines of antimicrobial use in OPD patients based on hospital antibiotic susceptibility tests.