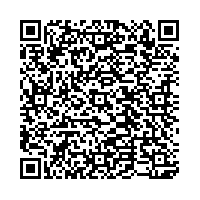 Background: Prescription is the written order of the physician which is conveyed to the patient. Rational prescription writing is a skill which should be mastered at the earliest. Internship is the period where undergraduate medical education can be consolidated through continued learning under the direct supervision of teachers. The attitude of interns toward rational drug use is of utmost importance. The present study aimed to explore the prescribing pattern of interns in a primary health center in India. Materials and Methods: A crossâsectional study was conducted for a period of 2 months (June 1 2010âJuly 30 2010) in a primary health center attached to a medical college in India. The main outcome measure was to assess rationality of prescribing pattern of interns was measured as per World Health Organization enlisted prescribing indicators. Data analysis was done by using descriptive and inferential statistical methods: Frequencies, percentage, and mean standard deviation. Results: A total of 1968 drugs were prescribed in 760 prescriptions analyzed with an average of 2.58 drugs per prescription. Analgesic was the most commonly prescribed drug (25.78%) followed by antibiotics (22.1%), drugs used for gastrointestinal symptom (15.78%), multivitamins (11.84%), antiâmalarials (8.35%), antihistaminics (6.25%), and hematinics (5.36%). Regarding prescribing indicators, in 435 prescriptions (22.4%), antibiotics were advised. A total of 688 (34.97%) drugs were prescribed by generic name, while the percentage of drugs prescribed from essential drug list of India was 58.47%. Injectables were prescribed in 89 prescriptions (4.49%). Conclusion: The present study shows that irrational prescribing practices are common among interns of the institute. The art of rational prescribing should be taught to them by medical teachers who are adequately trained in rational drug use.