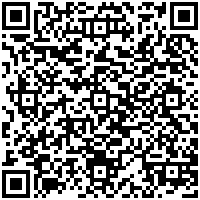 Semecarpus anacardium is otherwise known as marking nut which has unsung medical properties. It has been claimed as half physician in Ayurveda. The folklore claims states that Semecarpus anacardium possess medicinal properties like anti carcinogenic, anti-inflammatory, antioxidant, hypoglycemic, antimicrobial and contraceptive properties. In contrary to its biological potentials it has an adverse reaction like contact dermatitis. In this present study, a case of a couple which had got admitted in the hospital with the signs and symptoms of irritant contact dermatitis, after treating the fissure feet with the marking nut. Initially the case has been extensively treated with azithromycin and levocetirizine and the patient’s condition became worsen with the given medication. Due to the severity of the disease, the patients were been taken care under a tertiary care hospital in a dermatological sequences and they were been treated with antihistamines, antibiotics, for a period of 5 days. The patients were responded to the treatment and been recovered from the severe dermatitis and they have been discharged after the completion of treatment.