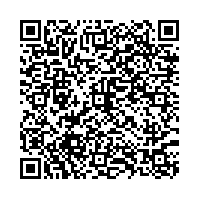 Background: Anticoagulants are drugs used to prevent thrombus extension and embolic complications by reducing the rate of fibrin formation. In a hospital setting anticoagulants are mainly used for the different indications; however, both under-anticoagulation and over-anticoagulation may expose the patient to different problems. The objective of this study was to assess the utilization patterns of anticoagulants at medical ward of Hiwot Fana Specialized University Hospital (HFSUH).
Methods: A retrospective study was conducted at Medical Ward of HFSUH from Medical record of patients’ who take anticoagulants from March 30, 2014 to March 30, 2016. The study was conducted from April 1 to May 10, 2016.
Results: A total of 87 patients over a period of 2 years were on anticoagulant and laboratory monitoring done in HFSUH. More females were on anticoagulant and monitoring. The anticoagulants used were unfractionated heparin, low-molecular weight heparins and warfarin. The most common clinical indications for anticoagulant therapy were lower leg deep vein thrombosis (45.98%), followed by pulmonary embolism (22.98%) and stroke (18.39%). Target INR was achieved in 39.1%, desired clinical outcome was achieved in 37.9%, and minor bleeding complications were seen in 11.5%. Conclusion: The results of this study revealed that the most common clinical indications for anticoagulant therapy were lower leg deep vein thrombosis and the most commonly prescribed anticoagulant drugs was warfarin alone or in combination with other anticoagulants.

Anticoagulants are drugs used to prevent extension of thrombus and embolic complications by reducing the rate of fibrin formation. Thrombi can form in the veins, artery, or intra-cardium and cause complication through local obstruction, distant embolism in the distal microcirculation and consumption of hemostatic material. Anticoagulants do not directly dissolve already formed clot but prevent recurrences and devastating medical complications by allowing the natural fibrinolytic system to precede normally. [1]

The study was conducted at medical ward of HFSUH, Harar, Ethiopia. The medical ward has female and male wing and intensive care unit. The study period was from April 1st to May 10th, 2016.

A hospital based retrospective study was used to assess utilization patterns of anticoagulants by using patient medical record cards.

Since only 87 patient medical cards were fulfilled the inclusion criteria, all cards were included in the study.

Pre testing of the data collection format was undertaken at surgical ward of HFSUH before the actual data collection and completeness of collected data was checked each time.

The collected data was clean and checked for its completeness, categorized, and analyzed using SPSS version 16.0 software then the result was presented using tables and charts.

Before beginning data collection, official permission letter was obtained from school of pharmacy, Haramaya University. Then the letter was submitted to hospital administrative and all the responsible officials are informed about purpose and aim of the study and permission was obtained. After getting consent from the responsible bodies, patients chart were accessed using their card numbers and the confidentiality of data collected was maintained. Name and address of the patient and prescriber is omitted from the data collection format.

In the two year period (2014-2016) only ninety three patients were taking anticoagulant therapy and from these the medical records of six patients were excluded from the study due to incompleteness of the required data and eighty seven medical records were assessed. From these 54.0% were females and most of them (53%) were in the age group of 26-50 years [Table 1].

Clinical characteristics of the patients and distribution of anticoagulant drug therapy

In this study, the most common clinical indications for anticoagulant therapy were lower leg DVT (45.9%) and PE (22.9%). Seventy two patients had co morbidities and the most common co morbid disease was anemia (13%) [Table 2]. During their hospital stay most patients were treated by warfarin and enoxaparin in combination (39.1%) followed by warfarin, enoxaparin and heparin together (26.4%) as shown in Figure 1. Table 2: Clinical characteristic of patients on anticoagulant therapy in medical ward of HFSUH from March 30, 2014 to March 30, 2016

Note: the duration of therapy given above includes bridge therapies like heparin and warfarin and enoxaparin.

Table 5: Drugs that have potential drug-drug interaction with warfarin in HFSUH at medical ward from March 30, 2014 to March 30, 2016

All study participants had coagulation profile such as INR and aPTT and these tests were repeated during their stay in the hospital in order to monitor the efficacy of the anticoagulant therapy. As recorded on the medical records 252 INRs and 239 aPTT tests were performed. Among the INR values only 39.28% were within the therapeutic range and most of aPTT values (36.8%) were less than ≤ 26 [Table 6].

Table 6: Number of study participants on laboratory monitoring at medical wards of HFSUH from March 30, 2014 to March 30, 2016, Harar, Ethiopia. Figure 2: Clinical outcome and complications of study participants during anticoagulant therapy at medical wards of HFSUH from March 30, 2014 to March 30, 2016, Harar, Ethiopia

The present study was aimed to assess the utilization patterns of anticoagulants at medical ward of HFSUH. In this study, the most common indications of anticoagulant therapy were lower leg DVT (45.98%) and PE (22.98%). Similarly studies from Nigeria and Kenya also reported the major indication for anticoagulants were DVT and PE. [5,6] But a population-based retrospective cohort study in Minnesota, USA showed that the major indications for anticoagulants were VTE (39%) and transient ischemic attack (21%). [7] The presence of more DVT indications in this study might be correlated with the incidence of thromboembolic complications. The achievement of desired anticoagulation is low in Africa, ranging from 7% to 30% in Kenya (40); 39% in Nigeria [6] and 32-58% in South Africa [8] which is comparable to the result of this study (39.1%). Reaching optimal target in anticoagulation is directly related to the infrastructure of anticoagulation services available. Studies from USA, China and Canada showed a higher level of achievement of desired anticoagulation compared to data from African centers. [4]

The incidence of complication may be related with the presence of concomitant drugs, the use of more than one anticoagulant and co morbid conditions but in this study none of them showed significant association with bleeding. Desired clinical outcome and adequate dosing was achieved only in 37.93% of the patients [Table 6]. Anticoagulation service in HFSUH is still evolving, and there are challenges associated with it. There is a need for dedicated anticoagulation services with defined roles and mission.

The present study revealed that the most common clinical indications for anticoagulant therapy were lower leg deep vein thrombosis and the most commonly prescribed anticoagulant drugs was warfarin alone or in combination with other drugs. Above half of the co-administered drugs had potential drug interaction with warfarin. The most INR values were not in the therapeutic range and this may lead to low desired clinical outcome. The inappropriate utilization patterns of anticoagulants may also compromise patient safety.

The authors declare that there is no conflict of interest

We would like to thank School of pharmacy, Haramaya University for provision of material supports. We also extend our deepest gratitude and appreciation for HFSUH staffs and our data collectors for their kindly support during data collection.