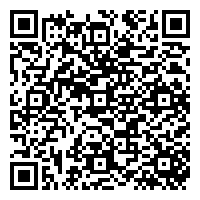 Unusual Case of an Alcoholic with Liver Injury from Sulfasalazine Use

Citation: Masood U, Sharma A, Nijjar S, Krenzer B. Unusual Case of an Alcoholic with Liver Injury from Sulfasalazine Use. J Basic Clin Pharma 2017;8:38-9.

A 57 year old male with a history of alcoholism presented to the emergency room with abdominal pain, jaundice, transaminitis, and hyperbilirubinemia. Due to the history of alcoholism, it was initially presumed that the patient had alcoholic hepatitis but further investigation revealed that he was recently started on sulfasalazine for the treatment of rheumatoid arthritis. Upon cessation of the drug, the patient’s liver function tests significantly improved over a few days and eventually normalized within weeks. This case was interesting as the patient’s history of alcoholism disguised the actual diagnosis. Furthermore, the late presentation of sulfasalazineâÂÂÂÂinduced liver injury is uncommon as it commonly presents 2–4 weeks after initiation of therapy.

Sulfasalazine is an anti-inflammatory drug that is commonly used in diseases such as inflammatory bowel disease and rheumatoid arthritis. While anorexia, headache, and gastrointestinal (GI) symptoms are common, liver toxicity is a rare but serious side effect. We present an unusual case of sulfasalazine-induced liver injury in an alcoholic male.

A 57-year-old male with a history of hypertension, major depressive disorder, gastric reflux, and chronic alcohol abuse presented to the hospital complaining of abdominal pain for the last 4 days. His pain was 10/10 on the severity scale and sharp/stabbing in nature. He acknowledged worsening of the pain on food ingestion. Vitals were within normal limits. Physical examination was pertinent for icteric skin and sclera, abdominal distention with right upper quadrant abdominal tenderness. Rest of the abdominal examination was benign. Laboratory findings demonstrated abnormal liver function tests (LFTs) including a total bilirubin of 27.2 mg/dL, direct bilirubin of 23.0 mg/dL, aspartate aminotransferase (AST) of 363 U/L, and alanine aminotransferase (ALT) of 287 U/L. Alkaline phosphatase level was normal at 97 U/L. Coagulation parameters (international normalized ratio, prothrombin time, and partial thromboplastin time), hematological parameters (white blood cell, hemoglobin, hematocrit, and platelet counts), and electrolytes were within normal limits. Computed tomography scan of the abdomen revealed mild to moderate abdominal ascites, signs of mild hepatic cirrhosis, and presence of gallstones without any sign of inflammation. Ultrasound of the abdomen with Doppler was done to rule out cholecystitis and portal venous thrombosis. Peritoneal fluid obtained through paracentesis revealed a negative analysis for spontaneous bacterial peritonitis. Serum ascites and albumin gradient was found to be >1 pointing toward a hepatic etiology of the ascites. Acute viral hepatitis (A, B, and C) was ruled out with their respective serological testing. Acetaminophen and salicylate levels were found to be within normal limits. Although the patient had a history of chronic alcohol abuse, he denied any use in the last 4 months prompting the team to investigate further. On review of records from his primary care physician, it was found that the patient was started on sulfasalazine 2 months before presentation for the treatment of rheumatoid arthritis. Gastroenterology service was consulted who agreed that the liver injury was likely from sulfasalazine as no other culprit was identified. Sulfasalazine was immediately stopped. Over the course of next 2 days, patient’s LFTs improved significantly (i.e., total bilirubin of 5.4 mg/dL, direct bilirubin of 3.5 mg/dL, AST of 121 U/L, and ALT of 95 U/L). He was eventually discharged home with a follow-up with his primary care and a gastroenterology physician. He was seen in gastroenterology clinic after 4 weeks and was found to have complete normalization of his LFTs.

Liver toxicity from sulfasalazine is a rare but serious side effect. It can range from mild elevation in LFTs to hepatic failure and cirrhosis. The occurrence of severe liver toxicity such as acute hepatitis as seen in our patient is <1%.[1] After reaching the gut, sulfasalazine is broken down by the colonic bacteria into its metabolites, i.e., sulfapyridine and 5-aminosalicylic acid. Sulfapyridine is absorbed in the gut and eliminated after acetylation by enzyme N-acetyltransferase which can have variable activity based on the patient’s genotype. Patients who have genotypes for slow acetylation are found to be more predisposed to sulfasalazine-induced liver toxicity.[2,3] Hepatotoxicity can arise either from direct toxicity of the drug or its metabolites or it can be immune mediated. Injury can be hepatocellular which presents with disproportionate elevation in serum aminotransferases or cholestasis which presents with disproportionate elevation in alkaline phosphatase. Both patterns of liver injury can have elevation in bilirubin and abnormal tests for liver synthetic function.[4,5] Immune-mediated toxicity is believed to be due to an idiosyncratic delayed-type hypersensitivity reaction. Such reactions are commonly associated with a typical drug-induced skin rash and peripheral eosinophilia.[6,7]

As mentioned, our patient had a well-documented history of alcohol abuse which disguised the actual diagnosis in this case. He had underlying mild hepatic cirrhosis due to his chronic alcohol use and was thought to have acute alcoholic hepatitis on top of that. A nonalcoholic pattern of injury (AST/ALT <2) and lack of alcohol abuse before presentation prompted the team to dig further. Only after thorough investigation, it was revealed that the patient was recently diagnosed with rheumatoid arthritis and started on sulfasalazine. Improvement and eventual normalization of liver functions tests upon cessation of the drug signify that the culprit was indeed sulfasalazine. Our patient presented with a hepatocellular pattern of liver injury as opposed to cholestasis as evident from elevated serum transaminases (AST of 363 U/L and ALT of 287 U/L) and normal alkaline phosphatase level (97 U/L). Although cessation of the drug is the main stray of treatment, literature does show improvement in liver functions with the use of steroids.[8] Another interesting aspect of this case was the severity of hepatitis as it presented with such high levels of bilirubin. Furthermore, sulfasalazine-induced liver toxicity typically occurs within first 2–4 weeks unlike this patient, who presented 2 months after the initiation of drug. Although delayed toxicity is found in literature, it is much less common.[9] Finally, the case provides a perfect lesson for clinicians to have a broad differential when dealing with such clinical scenarios as rarer diseases can otherwise be missed. As drugs are frequent causes of liver toxicity, they should always be considered in the differential diagnosis.