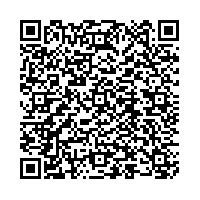 The Study of Inhibitory Effect of Aqueous Extract Leaf of Avicennia marina (Hara) on Candida albicans, In Vitro

Candidiasis is one of the most important and prevalent opportunistic fungal diseases in human. The leaves of Avicennia marina (Hara) have traditionally widely used in southern regions of Iran to treat different kinds of infections. The purpose of present research is to study the inhibitory effect of aqueous extract of Avicennia marina on Candida albicans in laboratory conditions. The leaf of Avicennia marina was collected from coastal areas of south of Iran and dried in the shade after washing and extracted its aqueous extract. The effect of extract was studied by disk diffusion and diffusion in agar methods with embedded sink in different concentrations. The value of MIC and MFC was determined by Macro broth dilution method. The results were analyzed using the SPSS version 21 software. In disk diffusion method in the concentrations of 200 and 1600 μg/ disk, the diameter of inhibition zone was 0 and 2.3 mm respectively, and in the concentrations of 10 and 80 mg/ml the diameter of inhibition zone was 0 and 2.7 mm in embedded sink method. It was not possible to determine the values of MIC and MFC due to very limited inhibitory effect of aqueous extract of Avicennia marina on clinical and standard species of candida albicans. According to the obtained results from present research, it can be noted that aqueous extract of the plant has less active ingredients with antifungal effects. It is suggested that phenolic and alcoholic extracts of Avicennia marina should be considered in future research.

Candidiasis is one of the most prevalent opportunistic fungal diseases, caused by yeast called Candida.[1] In fact, Candidiasis is one of the most important fungal mouth infections which is caused by 8 different species of candida fungus, the most common of which is Candida albicans.[2] Various species of candida fungus are rarely found in human beings, because they are constantly eliminated by human immune system and other symbiotic microorganisms, such as microbial flora, which share their human target with them.[3] Infections caused by candidiasis include a wide range of plain complications, such as oral thrush and fungal vaginitis, which are considered as potential threats to human health.[4] this disease is transmitted to the infant after the labor if the mother suffers from fungal vaginitis.[5] Various strains of Candida albicans have been considered as important factors in the incidence of endodontic infections in recent years and they have become resistant to treatment in case of endodontic infections. [6,7] Candida species are the fourth cause of bloodstream infections in hospitalized patients and the cause of more than 40% mortality among hospitalized patients in USA.[8] In fact, the extent of the incidence rate of opportunistic fungal diseases on one hand, and increasing resistance to treatment and medical adverse effects on the other hand have generated a tendency to concentrate on antimicrobial effects of herbal medicines among researchers.[9] This belief, according to which some plants have therapeutic potentials, goes long back in history. [10] Generally speaking, Traditional treatments are cheaper and more effective and less causative in the incidence of infections with pathogen factors resistant.[11] Avicennia marina species belongs to Verbenaceae, or thymus, family which grows in Mangrove ecosystem; compared to other species in the area, it is more resistant against changes in water salinity and temperature atmospheric conditions.[12] Some effective factors discovered in this plant include Saponines, Steroids, Tanins, Triterpenes, Flavonoids, and Alkaloids,[13-15] given the extensive use of skin, leaves, and fruit of this plant in the treatment of skin disorders, tooth pain, leprosy and abortion, it is quite possible for aqueous extract of this plant to have significant antifungal properties. [16,17] Given the increasing drug resistance of various strains of Candida albicans, increased dosage of conventional medicines, and, subsequently, increase in side effects, researchers are becoming more and more interested in medical uses of various plants.[18,19] The present study was conducted to measure preventive efficiency of mangrove extracts on Candida albicans strains isolated from fungal vaginitis in laboratory-based situations, in an attempt to find minimum fungicidal concentration and minimum inhibitory concentration.

Mangrove leaves were collected, washed, and kept in a dry place in shadow in Bushehr, the south of Iran; then, dried eaves were boiled in order to gain the extract, which is consistent with traditional methods. 10 gr of powdered leaves was mixed with 200 ml of distilled water and heated for 20 minutes under constant stirring; then, the mixture was stored in room temperature within a cap and passed through a finetextured cloth. Then, purified extracted mixture was stirred for 15 minutes at a speed of 3500 rpm centrifuge and placed on a flat glass in vicinity of air, until the solvent is totally evaporated and the extract powder is gained. Finally, the extract was stored in freezer until the time of use. Agar Well Diffusion Assay and Filter Paper Disk Embedding methods were used to determine antifungal activity of plant extract against Candida albicans in the present study.[20]

Well diffusion method was implemented with minor modifications,[21,22] 100 μl of 0.5 McFarland Candida albicans suspension was prepared and released on plates containing Sabouraud dextrose agar using sterilized loop; then, using a sterile pipette, four holes with a diameter of 5 mm was created in each plate. 35 μl solvent (distilled water) was added to the first well as negative control and 35 μl of different concentrations of the powdered extract was added to other wells. The planted plates were incubated and the results were recorded after 24 hours. The halo around each individual well was measured based on mm, which is taken to show antifungal activity of the plant extract.[23,24]

Sterile paper discs (Whatman No 1:5 mm diameter) were treated with different concentrations of dry extract and incubated.[25] then, discs containing different concentrations of plant extract and standard antifungal medications, such as Ketoconazole and Fluconazole, are incubated temperature in Sabouraud dextrose agar texture, containing 100 μl of 0.5 McFarland Candida albicans suspension for 24 hours. Discs included three types of solvent, plant extract, and common antifungal drugs. Activity and efficacy index was measured as the average of non-growth halo by dividing the average of non-growth halo by standard drugs.[26,27]

The results were analyzed using the SPSS version 21 software.

Table 1: Results of the analysis of inhibitory impact of mangrove liquid extract through well and disc diffusion methods

Given the increasing trend of the incidence of fungal diseases in susceptible individuals, including AIDS patients, diabetics, broadspectrum antibiotics consumers and individuals undergoing chemotherapy treatment, and intrinsic and acquired drug resistance, researchers have become more and more interested in focusing on possible efficiency of herbal medicines because of less adverse effects and quicker response.[30] Considering the already confirmed antifungal, antibacterial and antiviral potentials of mangrove leaves due to Brugierol, Carbamate, and Flavonoid of its structure,[31-33] and high functionality of tannins existing in mangrove plant as defensive components against invading microbes, mangrove leaves can be used as a defense system against various fatal elements.[34] Puniclain and Punicalagin are two main forms of tannin of mangrove which can play quite effective antimicrobial roles.[34,35] Given unsubstantiated anticandidal effect of mangrove liquid extract, the present study is conducted in vitro to assess inhibitory effect of mangrove liquid extract on Candida albicans. Considering the findings of former studies conducted to measure antifungal impact of various extract of mangrove, it is possible for present liquid extract to have antibacterial and antifungal impacts. The results of the present study showed minimal effect of mangrove liquid extract on clinical and standard samples of Candida albicans; the highest and lowest concentration, 0 and 2.6 mm, belong to various strains of mangrove liquid extract. However, according to Panahi et al. study, which was conducted to investigate inhibitory effect of mangrove leaves ethanol on various strains of Candida albicans, ethanol extract showed considerable efficacy in different strains of Candida albicans; the diameter of the halo turned out to be 18.7 mm in disc diffusion method at a concentration of 80 μg/disc and 20 mm in well diffusion method at a concentration of 80 mg/ml; minimum inhibitory and bactericidal concentration for clinical samples turned out to be 55 and 70 g/mlμ.[36] this was not consistent with the findings of the present study. The results of Behbahani et al. which was conducted to assess antifungal effect of liquid and ethanol mangrove extract, mangrove extracts containing nutritional films showed to have stronger effect on penicillium digitatum in comparison to Alternaria citri.[37] Havasian et al. which was done to measure ethanol extract of Scrophularia striata plant on Candida albicans, showed insufficient impact of ethanol extract on various strains of this fungus.[38] thus, it is required to assess inhibitory impact of miscellaneous extract, which is consistent with the findings of the present study. Another study which was conducted on inhibitory impact of Nectaroscordum Tripedale on Candida albicans showed that despite the existence of saponin in the structure of Nectaroscordum Tripedale extract, this plant showed no inhibitory impact on Candida albicans.[9] The results of another study, which was conducted to investigate hematological, biochemical and pathological impacts of mangrove extract on rats, no adverse effects, such as behavioral or death-related, was reported in various strains of rats.[39] Various other studies showed considerable impact of various species of thyme on cancer cells and different bacterial species.[40,41]

Given the findings of present study in terms of desirable impacts of mangrove ethanol extract, it can be stated that mangrove liquid extract might hopefully have less effective antifungal impacts; therefore, it is recommended to investigate the impacts of phenolic and alcohol extract in further studies.