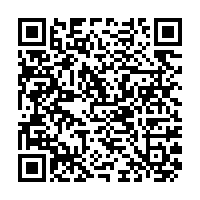 The examination of geriatric pharmacotherapy

The geriatric population can be viewed by the medical and scientific community as a particularly unique patient population given the age related changes that can occur over time which can contribute to mental, biologic deterioration, or psychological failures that can impair functionality. [1] In the United States, the approximate estimation was that less than 15% of the total population was older than 65 years of age in 2004, and this number is expected to increase to 20% by 2030. [2] As a result of age related impairments, the older population can be placed on a number of pharmacological agents in an attempt to maintain or improve the quality of life, or extend functional ability to a certain degree. The primary goal of geriatric pharmacotherapy is centered on optimizing drug treatment which can provide to be difficult given the lack of age-specific guidelines or scientific evidence in this age group to inform clinical decision making. [3,4]

While there have been a significant amount of research to examine the functional decline in older adults, an emphasis is placed on functional ability which is the ability to perform self-care tasks and therefore the ability to live independently. [5] The advent of various pharmacotherapeutic interventions has been instrumental in helping to sustain cognitive and physical functioning in older adults who can suffer from multiple co-existing conditions, but providing the effective treatment while taking age related factors into consideration can pose serious challenges for health care professionals and society. [6] It is critical that precautions are taken whenever the decision is made to initiate any type of pharmacological agent in the geriatric population evaluating the risks versus benefit.

Within the ambulatory care setting and among adults in this setting, the highest rate of prescriptions medication use is identified among women who are 65 years of age or older with about 81% taking one prescription and 23% using at least five different medication per week to manage an existing health condition. [7,8] The elderly population consumes approximately 30% of the prescription medications which can represent a myriad of issues for health care providers when providing care to this population. [9] The substantial increase in the life expectancy has led to the utilization of medications among the older population which is viewed as a means of sustaining life but also contributing to mortality in certain situations. It has been reported that if medication related problem were to be ranked as a disease it would be listed as the 5th cause of increased mortality in the United States which undoubtedly requires that precautions to be taken with co-existing disease states or other serious medical conditions prior to considering medication initiation. [10,11]

The existence of regulations and/or guidelines regarding the use of specific medications in the geriatric population has become a commonly recognized practice with the 1997 publication of the Beer’s criteria and subsequent revision that helps to determine what medications are considered to be inappropriate in the geriatric population. [12] The use of the Beer’s criteria has been vital in determining the overall human and economic consequences of medication related and continues to be utilized extensively when evaluating and devising interventions for medication use in the geriatric population. [13,14] In addition, the presence of a formulary system allows for strict regulation and selection of medications for use based on the criteria of safety, efficacy, and cost. [15] One of the more notable criteria for the use of a medication that is placed on the formulary is the adverse effects of the drug and the potential to contribute to medication errors. [14]

In the geriatric population, the clinical decision to place a medication on a formulary can focus on the pharmacokinetic/ pharmacodynamics properties and whether it is appropriate for use in this population. While the sufficient clinical trials are currently lacking for subjects who are 65 years and older to assess whether they respond differently from younger patients with regards to pharmacotherapies; efforts in the form of the Beers Criteria and formulary restrictions are used to decreases the incidence of negative outcomes while achieving adequate treatment outcomes. [16] To date, geriatric pharmacotherapy represents a significant accomplishment in modern medical interventions but it still represents a complex process where errors can occur at any stage. [15] It is important for appropriate evaluation of potentially harmful drugs or possible adverse reactions that may occur should be considered before any intervention is implemented.