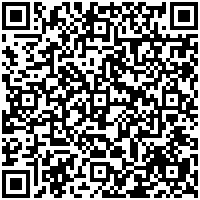 Jatropha gossypifolia Linn., which is popularly known as Bellyache bush (English),[1] Lal Bheranda, Laljeol, Erenda, Aar kocha (Bengali), Karachuni (Marma), Kander (Garo)[2] and belongs to the family “Euphorbiaceae”.[3] It is a bushy, gregarious shrub of about 1.8 m in height and native to tropical America.[4] In Bangladesh, this plant is commonly distributed by the road sides and fallow lands in Dhaka, Chittagong and other districts.

The chemical constituent previously reported to be found in bark of J. gossypifolia was an alkaloid (jatrophine) [1] The stem of this shrub contains a lignan (jatroiden) [1] is well-known to date. Others phytochemicals previously reported to be present in the plant were saponin, lignan, tannin, phenolic compounds, flavonoid, curcin, triterpenes, diterpene, jatrophone, jatropholones A and B, jatrophatrione, apigenin, and cyclogossine A.[5] J. gossypifolia is used for the treatment of various types of disorders in the ayurvedic and folklore system of medicine in Bangladesh. The leaves of the plant are traditionally being applied to boils, carbuncles, eczema, itches, and veneral dis eases in Latin America and the Caribbean [6] and also used as febrifuge, [3] while its bark is used as emmenagogue.[3] Seeds are emetic, purgative and used for cancer and body pain.[3] The leaves and seeds of J. gossypifolia are considered as a purgative and are widely used to treat obstinate constipation. Roots are used to treat leprosy, [3] and stem latex possess coagulant activity.[7] To establish its traditional uses, J. gossypifolia has been investigated for its anti-allergic, molluscicidal, antimicrobial, insect repellent, [5] Larvicidal, anti-feeding, [4] coagulating, and anti-coagulating [6] activities.

However, the plant has not yet scientifically explored for its analgesic, neuropharmacological and anti-diarrheal activities. Therefore, in the light of its use in traditional medicine, the present investigations were carried out to study the analgesic, neuropharmacological and anti-diarrheal activities of the methanol extract of J. gossypifolia fruits.

The plant was collected from Jhenidah, Bangladesh in the month of August, 2011 and was identified by the taxonomist (Dr. Bushra Khan, Principal Scientific Officer) of Bangladesh National Herbarium, Mirpur, Dhaka as J. gossypifolia Linn. For further reference, a duplicate voucher specimen (Accession No. DACB 35937) of the plant has been deposited.

The collected fruits were washed and sun dried for 7 days. The dried fruits were ground to coarse powder with the help of a mechanical grinder and were stored in an airtight glass container. The powdered plant material (300 g) was extracted at room temperature by maceration (1.5 l) using 99.8% (v/v) methanol (Merck, Germany) as solvent, through occasional shaking and stirring for 4 days. The extract was then filtered through Whatman filter paper and concentrated at low temperature (40-50°C) with a rotary evaporator (IKA, Germany). The dry extract was stored at 4°C until use.

Swiss albino mice of either sex were purchased from the Animal Research Branch of the International Center for Diarrheal Disease and Research, Bangladesh were taken for the tests. Mice were housed under standard laboratory conditions (room temperature 25.0 ± 2.0°C, relative humidity 55-65%, and 12 h light: Dark cycle) and were fed with standard diet and water. The experimental protocols were approved by the Animal Experimentation Ethics Committee of East West University.

The analgesic activity of the extract was evaluated using acetic acid induced writhing method in mice.[8,9] According to the method, four groups of mice were taken each consisting of five animals. Each group received a particular treatment, i.e., control received 1% (v/v) Tween-80 (Merck, Germany) in normal saline (Beximco Infusion Ltd., Bangladesh) at a dose of 0.5 ml/mice, positive control (diclofenac sodium, Square Pharmaceutical Ltd., Bangladesh) at dose of 10mg/kg body weight and test samples (200 mg and 400 mg/kg body weight). After 30 min of oral administration of control and test groups, 0.7% v/v acetic acid (Merck, Germany) solution was administered intraperitoneally to each mouse at a dose of 0.1 ml/10 g. The positive control was administered orally 15 min prior to acetic acid injection. 5 min after the administration of acetic acid, mice were placed inside the cages and the number of writhing by each mouse was counted individually for a period of 20 min. Full writhing was not always accomplished by the animal, because sometimes the animals started to give writhing but they did not complete it. This incomplete writhing was considered as half-writhing. Accordingly, two half-writhing were taken as one full writhing.[8,9] Analgesic activity was expressed as writhing inhibition (%) and was calculated by using the following formula:

The methanol extract of J. gossypifolia fruits was evaluated for its neuropharmacological activities by using hole cross test, hole-board test, and elevated plus-maze (EPM) test. During every experiment, mice were divided into four groups each of containing 5 mice. Each group received a particular treatment:

The experiment was carried out as described by Subhan et al.[10] Hole cross apparatus is a wooden box having a dimensions of 30 cm × 20 cm × 14 cm, constructed with a partitioning wall with a hole of 3 cm diameter was made at a height of 7.5 cm from the floor. Each mouse was immediately placed on one side of the specified instrument, after oral administration of test drugs. The spontaneous movement of the mice from one chamber to other through the hole was observed for 3 min. The observation was conducted at 0, 30, 60, 90, and 120 min.

The method described by Somani et al.[11] was adopted for testing the central nervous system (CNS) activity of methanol fruits extract of J. gossypifolia. The study was conducted using a wooden hole-board apparatus measuring 20 cm by 40 cm with 16 evenly spaced holes (each of diameter 3 cm). The apparatus was elevated to a height of 25 cm. Thirty minutes after treatment, mice were placed singly on the center of the board and the number head dipping and the latency until the first entry was counted using a tally counter during a 5 min trial period.

The anxiolytic activity of methanol extract of J. gossypifolia fruits was evaluated using the EPM test.[12] The plus-maze apparatus consisted of two open arms (16 cm Χ 5 cm) and two closed arms (16 cm Χ 5 cm Χ 12 cm), which emerged from a central platform (5 cm Χ 5 cm), positioned opposite to each other. The apparatus was elevated 40 cm above the floor. The test was initiated by placing the mouse on the central platform of the maze, facing one of the open arms after 30 min of the treatment. The activities of each mouse were recorded for a period of 5 min by using a digital video camera. The digitized video of the each 5 min trial were later scored carefully and a numbers of classical parameters were collected: (a) Time spent and number of entries in open arm and closed arm (b) number of stretch attend postures (c) number of grooming and (d) number of rearing.

The anti-diarrheal activity of the extract was evaluated according to the method described by Shoba and Thomas.[13] In this method, mice were randomly chosen and divided in to four groups having five mice in each. The mice were fasted overnight before the experiment. Each group received a particular treatment, i.e., control (1% v/v tween-80 in normal saline, 0.5 ml/mice), positive control (Loperamide, Square Pharmaceuticals Ltd., Bangladesh, 2 mg/kg body weight) and test samples (200 mg and 400 mg/kg of body weight). Diarrhoea was induced by oral administration of 0.2 ml castor oil (British Drug Houses Chemicals Ltd., UK) to each mouse, 30 min after the treatments and then each mouse was placed in a separate beaker lined with filter paper for observation. During an observation period of 2 h, a numbers of parameters were recorded: (a) Onset of dry stool (b) onset of wet stool (c) number of wet stool (d) weight of wet stool and (e) total weight of fecal output.

Table 2: Effect of methanol extract of Jatropha gossypifolia fruits and diazepam on number of movements in hole cross test.

Table 3: Effect of methanol extract of Jatropha gossypifolia fruits and diazepam in-hole board test in mice.

In EPM test, the extract at dose 400 mg/kg body weight showed significant (P < 0.05) increase in the time spent in the open arm compare to control [Table 4].

In the acetic acid induced writhing inhibition test in mice, the crude extract significantly inhibited writhing response, which is comparable to the positive control diclofenac sodium. The various phytochemicals previously reported to be found in J. gossypifolia were alkaloids, flavonoids, saponins and tannins.[1,5] The roles of these phytochemicals in analgesic activity by various mechanisms have also been reported by other researchers.[8,9] Flavonoids were reported to have a role in analgesic activity primarily by targeting prostaglandins.[14] Findings in this study justify the use of J. gossypifolia as an analgesic in traditional medicine [3] and hence further detailed investigations are needed to determine the actual mechanism by which the plant shows its non-narcotic analgesic activity.

In the hole cross test, the extract at both doses showed decrease in spontaneous motor activity, which indicates the sedative activity of the plant. The sedative effect of the extract may be due to hyperpolarization of the CNS via interaction with gamma-amino-butyric acid (GABAA) receptor or benzodiazepine receptor located adjacent to the GABA receptor. GABA is the major inhibitory neurotransmitter in the CNS and CNS depressant drugs mainly exert their action through GABAA receptor.[15]

Plant containing flavonoids and tannins are well-known to have activity against many CNS disorders [16] and hence it is possible that the observed anxiolytic activity of the extract at lower doses (200 mg/kg body weight) may be due to the binding of any of the phytochemicals to the GABAA-Benzodiazepines complex; however, further detailed investigations are needed to find out this.

Castor oil produces diarrhea due to its most active component recinoleic acid, which causes irritation and inflammation of the intestinal mucosa, leading to the release of prostaglandins that results in the stimulation of motility and secretion.[18] Flavonoids present in the plant extract are reported to inhibit release of autacoids and prostaglandins, thereby inhibit motility and secretion induced by castor oil.[19] Tannins can evoke an antidiarrheal effect since these substances may precipitate proteins of the enterocytes; reduce peristaltic movement and intestinal secretions [20] and hence the anti-diarrheal property of the extract found in the present study could be owing to the presence of these phytochemicals in the plant.

From the results of the study, it can be concluded that methanol extract of J. gossypifolia fruits possess significant analgesic, neuropharmacological and anti-diarrheal activities. Based on these preliminary studies, further detail investigations can be carried out to isolate and identify the active principle(s) responsible for the activities and their mechanism of actions.

Source of Support: Nil, Conflfl ict of Interest: None declared