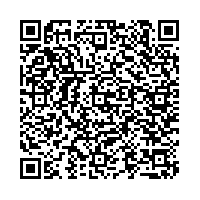 Rofecoxib is a selective cyclooxygenase COX-2 enzyme inhibitor with chemoprotective effect against cancer in experimental models. This study aimed to investigate the effect of rofecoxib against ctds DNA damage induced by copper ions or ultraviolet (UV)B radiation. Aliquot ctdsDNA samples were incubated with copper sulfate solution (50 nmol) and rofecoxib (0.8 mol) was added either before or after the admixing the ctdsDNA with copper sulfate. In another experimental series, aliq-uot of ctdsDNA were exposed to UVB radiation for 30 min in absence or presence of rofecoxib. Rofecoxib significantly attenuated the separation of double strands of DNA (detected by increase the absorbance of DNA at 260 nm) induced by Cu ions. Rofecoxib significantly offered protection against UVB-induced DNA damage. It is concluded that rofecoxib offered protection against copper ions or UVB induced-DNA damage via different mechanisms not related to the inhibition COX-2.

Rofecoxib, a nonsteroidal anti-inflammatory drug, has a greater selectivity for cyclo-oxygenase (COX)-2 isoenzyme with little or no effect on the COX-1 isoenzyme [1]. Previous studies reported a 50% reduction in serious gastrointestinal outcomes, but a 5-fold increase in thromboembolic cardiovascular events [2-4].

In 2004, Merck withdrew rofecoxib from the market after its Adenomatous Polyp Prevention on Vioxx (APPROVe) trial showed a 2-fold increase in cardiovascular risk with 25 mg/d of rofecoxib compared with placebo [5]. COX-2 inhibitors seem to have a chemoprotective effect on colorectal cancer in the general population, but it is still used in some countries [6,7] Wood et al [8] reported that rofecoxib inhibited endometrial cancer cell proliferation via unknown mechanism by the evidences that it did induce apoptosis, alterations of the cell cycle, or changes in mismatch repair gene expression as with aspirin. In vitro study using the single-cell gel electrophoresis (Comet) assay, COX-2 inhibitors expressed direct antimutagenic effect by reducing DNA strand-breaks in pharyngeal mucosa cells treated with hydrogen peroxide.[9] On the other hand, Kusunokiet al found that COX-2 inhibitors induced DNA fragmentation and caused a marked decrease of synovial fibroblast cell viability from patients with rheumatoid arthritis and osteoarthritis i.e. they had a proapoptotic effect [10].

In human keratinocyte cell line, ultraviolet UVB radiation induced COX-2 and prostaglandin E2 production through a nuclear factor-kappaBdependent pathway [11]. Nimesulide, a selective COX-2 inhibitor reduced the growth of UVBinduced tumors both in terms of tumor number and tumor volume as well as inhibited the malignant progression of squamous cell carcinoma of skin in mice irradiated with UVB twice weekly for 35 weeks [12].

Therefore it is interesting to explore the direct effect of rofecoxib, a selective COX-2 inhibitor against ctds DNA damage induced by copper sulfate or UVB radiation.

Th is study is conducted at department of pharmacology and department of physiology/medical physics, college of medicine, Al-Mustansiriya university in cooperation with department of physiology/ medical physics, Diala university in Iraq. All the experiments were done on the purified ctdsDNA of molecular weight calculated from SV20, w was 3.56 x103g/mol, purchased from BDH chemicals, England. Known weigh of DNA was dissolved in isotonic citric solution (0.0015M sodium chloride, 0.00015 trisodium citrate) and different concentrations were prepared for the following experiments:

1. Effect of copper sulfate (CuSO4) on aliquots ctdsDNA samples. An aliquot of CuSO4 (final concentration 50 nmol) as oxidizing agent was added to the aliquots of ctdsDNA samples (5μg/mL), incubated at room temperature for 10 minutes. The absorbance (O.D.) of five samples for each treatment as well as non treated samples served as control were recorded at λ 260 nm using UV-visible spectrophotometer.

2. Effect of rofecoxib on aliquot ctdsDNA samples in presence or absence of copper sulfate. Rofecocib, dissolved in methanol (final concentration 0.8μmol), was added to aliquot mixture of ctdsDNA (5μg/mL) and 50 nmol CuSO4 (final concentration, and then incubated at room temperature for 10 minutes (treatment 1). Further experiments were done by adding CuSO4 solution to the aliquot mixture of ctdsDNA and rofecoxib, and then incubated for 10 minutes (treatment 2). Control experiments were carried on using an equivalent volume of methanol instead of rofecoxib. The absorbance (O.D.) of five samples for each treatment as well as non treated samples served as control were recorded at λ 260 nm using UV-visible spectrophotometer.

3. Effect of ultraviolet B radiation on the aliquot ctdsDNA. ctdsDNA solutions (final concentration (10μg/mL) were exposed to UVB radiation for several interval periods (10, 20, 30, 40, 50, 60 minutes). The ultraviolet light source is provided by the EL series ultraviolet lamps. The lamp utilizes 8 watts, wavelength 302 nm dual bi-pins tube, plugged into the service outlet located on the top of the cabinet of 20cm x 8cm x 15cm. of five samples for each treatment as well as non irradiated samples served as control were recorded at λ 260 nm using UV-visible spectrophotometer.

4. Effect of rofecoxib on aliquot ctdsDNA samples exposed to UVB radiation. An aliquot samples of ctdsDNA (10μg/mL) treated with rofecoxib (0.8μmol) or methanol were exposed to UVB radiation for 30 minutes. Then the absorbance (O.D.) of five samples for each treatment as well as non irradiated samples served as control were recorded at λ 260 nm using UV-visible spectrophotometer.

All of the chemicals were of analar grades. Rofecoxib is a gift from Dofar pharmaceuticals, Baghdad, Iraq. It dissolved in methanol and prepared freshly prior to each experiment.

The results are expressed as absolute number, percentage, and mean ± SD of number of observations. The data were analyzed using student's t test taking p ≤ 0.05 as the lowest limit of significance.

Figure 1 shows that the percent of ctdsDNA damage did not show linear correlation with the radiation period. The changes in the absorbance(O.D.) of ctdsDNA solution during the interval periods 30 to 60 minutes remained constant. Figure 1: The effect of ultraviolet radiation (UVB) on the ctdsDNA in respect to the duration of radiation

Table 2: The effect of rofecoxib (0.8 μmol) on the ctdsDNA(10 μg/mL) solution irradiated by UVB light for 30 minutes.

The results of this study show the direct chemopreventative effect of rofecoxib against DNA damage induced by chemical agent and ultraviolet radiation. The effects of CuSO4 and UVB radiation against ctdsDNA solution are similar. Both of them increased the absorbance of ctdsDNA which indicates separation of the DNA strands i.e. hyperchromasia effect [13]. It is well known that Cu ions act as catalyst in the cleavage of DNA strands [14]. In this work, Cu ions act directly , neither as a catalyst nor generate free radical in aqueous solution as with UV radiation [15].

Rofecoxib attenuates the separation of the DNA strands induced by CuSO4 and prevents the separation induced by UVB. Therefore, the effect of rofecoxib against CuSO4 induced DNA damage differs from that induced by UVB radiation. The possible explanation for these findings that rofecoxib, in vitro, chelates or prevent the Cu ions to attack the DNA molecule i.e. antagonist effect. The results of Nagano and Bush are in contradictory with this explanation who found that the prostaglandin E2 production is enhanced by COX-2 after exposure to Cu [16]. The findings of Viossat et al are in agreement with the present study, which demonstrated by X-ray diffraction methods the Cu(II) chelates indomethacin, a non selective COX inhibitor [17].

In the UVB-radiation induced-DNA damage, rofecoxib acts as free radicals scavenger in protection the DNA [9]. Previous studies reported that rofecoxibs reduces the reactive oxygen and nitrogen species in different experimental models [18,19]. The limitations of this study include; determination of effective protective concentration (EC50) of rofecoxib, and to explore the effect of rofecoxib against DNA damage induced by UVA and UVC.

It concludes that Rofecoxib offered protection against copper ions or UVB induced-DNA damage via different mechanisms.