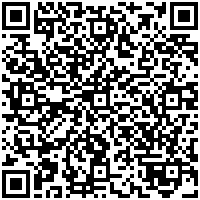 In the case we present, an elderly female patient developed respiratory arrest in the absence of pulmonary pathology after using nitrofurantoin (NF). To our current knowledge, this case is the first in the literature. The patient was monitored on mechanical ventilation, and her condition improved only after discontinuing NF treatment.

Nitrofurantoin (NF) is an antibiotic widely used in urinary tract infections. It acts on the bacterial DNA/RNA. However, Pulmonary toxicity is a rare condition that leads to significant complications.[1‑3] Dyspnea in the absence of pulmonary pathology, followed by respiratory arrest, is an incident that has not been reported before in the literature.

An 89‑year‑old female patient presented to the Emergency Department with shortness of breath. She had no known systemic condition. She was 155 cm and 72 kg, and there was no history of using any drugs. She had been receiving NF (Piyeloseptyl® 50 mg, Biofarma) 100 mg/day/oral for 6 days for urinary tract infection and presented to the Emergency Department for nausea 4 days ago. Her overall status was moderate, and she was conscious, cooperative, and oriented. Her blood pressure was 110/70 mmHg, heart rate 88/min, respiratory rate 28/min, and temperature 37.2°C. With complete blood count, white blood cell: 2900, hemoglobin: 13.5, platelet: 55.000, and there was no eosinophilia. Urea, creatinine, aspartate aminotransferase, and alanine aminotransferase were normal. The sedimentation rate was 87 mm/h. Urinalysis demonstrated leukocyte +2 and protein +1. Chest X‑ray was normal structures for the age and medical history of the patient. Because there was respiratory alkalosis (pH: 7.48, pO2: 87, and pCO2: 28 sO2%92) in arterial blood gas, pulmonary embolism was considered, and thoracic computed tomography (CT) angiography was performed. Pulmonary embolism or infiltration to the lung parenchyma was not detected. Her dyspnea worsened, and she developed respiratory arrest without cardiac arrest. She was intubated. Cranial CT and magnetic resonance were taken and demonstrated no pathology to account for respiratory arrest. NF‑induced respiratory arrest was considered, and NF treatment was interrupted. The patient was monitored at the Intensive Care Unit. Respiratory support was given only with mechanical ventilation and she was extubated on the 2nd day. The patient was not given steroids. Causality assessment of adverse drug reactions (ADR) obtained with World Health Organization Collaborating Centre for International Drug Monitoring, the Uppsala Monitoring Centre criteria and Naranjo ADR probability scale were categorized into “probable/likely” and “probable,” respectively.

To our current knowledge, this is the first case describing respiratory arrest in the absence of pulmonary pathology associated with NF.

Generally, NF is used in the treatment of urinary tract infections and the most common side effects associated with the agent are designated as nausea, bloating, and headache.[1‑3] Our patient had presented to the Emergency Department for nausea on the 3rd day of treatment. It is well‑known that women suffer side effects of NF more often than men.[4] Serious side effects such as pulmonary and hepatic toxicity may be observed in patients receiving prophylactic treatment with long‑term and low dose NF.[1‑3]

NF‑induced pulmonary toxicity can be seen in three different forms, that is, due to acute, subacute or chronic reaction. The acute form is the most common. Side effects occurring up to the 1st month of receiving the first treatment are classified as the acute form.[5] Acute form develops secondary to hypersensitivity reaction with peripheral demonstrating eosinophilia and thoracic CT showing ground‑glass opacity.[6] Chronic NF‑induced lung disease is seen predominantly in older women who present with respiratory symptoms after a year or more of NF therapy.[7] Characteristic pathologic finding in chronic NF pulmonary toxicity is diffuse interstitial fibrosis, vascular sclerosis, fibrosis, and thickening of the alveolar septa, interstitial inflammation, and bronchiolitis obliterans with organising pneumonia.[8] In the case presented here, respiratory arrest developed in the absence of pulmonary involvement. Metabolic and central factors that could cause respiratory failure were excluded, and NF‑induced respiratory failure was considered. Hepatotoxicity is a rare, but a serious toxic side effect associated with NF use. In our case, hepatic enzymes were normal, and hepatotoxicity was thus excluded.

Treatment discontinuation is initially recommended in the management. Prednisone treatment may be tried in patients whose symptoms persist.[4] The patient discussed here recovered rapidly following discontinuation of the drug.

Medication query must be performed in cases dyspnea and respiratory arrest unexplained at Emergency Departments.