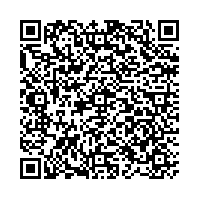 Chronic lymphocytic leukemia (CLL) is characterized by the accumulation of matureâÂÂappearing lymphocytes in blood, bone marrow, lymph nodes, and spleen with a median lymphocyte count of 20–30 × 109/L at the time of diagnosis. In half of the patients, the lymphocyte count doubles over a period of 1âÂÂyear and cyclic rise up to 50 × 109/L can occur in untreated patients while in others the count may remain stable for years. Based on the cytogenetic and molecular studies, it has been demonstrated that multiple clones may occur in CLL and clonal evolution is a frequent occurrence. The transformation of CLL to a highâÂÂgrade nonâÂÂHodgkin’s lymphoma such as diffuse large B cell lymphoma, Hodgkin lymphoma, and prolymphocytic leukemia is well documented. Whereas the transformation of CLL to acute leukemia occurs in <1% cases and this contrasts the almost invariable progression in patients with chronic myeloid leukemia. Here, we report a rare case of a 55âÂÂyearâÂÂold lady, a diagnosed case of CLL transforming into BâÂÂcell acute lymphocytic leukemia over a very short interval of 1 week period.

Chronic lymphocytic leukemia (CLL) is a chronic B-cell lineage lymphoproliferative neoplasm. The incidence of CLL varies worldwide, highest being in North America (7.99/100,000). A majority of the patients of CLL are elderly with median age of 71.5 years and are incidentally diagnosed on routine blood counts. At one extreme CLL follows a long unexciting protracted course with low proliferative activity wherein the patient remains asymptomatic for years, not requiring any treatment or intervention. On the other hand, the disease may be characterized by lymphadenopathy, splenomegaly, anemia, and thrombocytopenia with rapid progression in the clinical and hematological course of the disease.

A 55-year-old lady presented to the emergency department with complaints of worsening weakness, vomiting, abdominal pain, and bleeding gums. In her last visit, a week ago, she was started on daily dose of tablet cholorambucil 10 mg on outpatient basis. Her complete blood profile showed haemoglobin of 5.3 g/dl, white blood cell (WBC) count of 42,000/mm3, and platelet count of 27,000/mm3. The differential leukocyte count showed 60% blasts and 15% lymphocytes. The blasts had high nucleo-cytoplasmic ratio, immature nuclear chromatin with 1–2 prominent nucleoli, and scant amount of agranular basophilic cytoplasm [Figure 1a and b]. Flow cytometry performed [Figure 2a and b] on the peripheral blood showed that the blasts were positive for CD10 (62.9%), CD19 (69.9%), CD20 (65.0%), CD34 (93.2%), and Tdt (70.2%) suggesting the diagnosis of B-cell acute lymphoblastic leukemia (Calla- Common acute lymphoblastic leukemia antigen positive B-cell [ALL]). Figure 1: (a and b) The blasts had high nucleocytoplasmic ratio, immature nuclear chromatin with 1–2 prominent nucleoli and scant amount of agranular basophilic cytoplasm Patient’s past medical history includes presentation to outpatient service with complaints of generalized weakness and fatigue about 8 months ago. Her examination then revealed splenomegaly, palpable 5 cm below the left coastal margin. There was no associated hepatomegaly or lymphadenopathy. Patient’s complete blood count showed hemoglobin of 9.5 g/dl, WBC count of 40,000/mm3, and platelet count of 60,000/mm3. The differential leukocyte count showed 95% lymphocytes (absolute lymphocyte count of 38,000/mm3). Bone marrow aspirate showed hypercellular marrow with sheets of mature lymphocytes and few prolymphocytes (12% of the total nucleated cells) along with depressed erythropoiesis, granulopoeisis, and megakaryopoiesis. Final diagnosis of CLL was made and she was started on tablet chlorambucil 10 mg/day. After 2 months of chemotherapy, the patient stopped therapy and started taking medications on her own that she could not recall. Over a period of next 8 months, the patient was on regular hematological follow-up which showed persistent lymphocytosis (85–95% lymphocytes, absolute lymphocyte count of 16,920/mm3), bicytopenia (anemia and thrombocytopenia), and nucleated red blood cells (15/100 WBC counted). No abnormal/atypical cells were seen on the peripheral blood film examination. No flow cytometry evidence of this time was available.

CLL is the most common leukemia of the adults in the western world with a male: female ratio of 1.5–2:1. The International Workshop on CLL in 2008, recommended the following criteria for CLL: Lymphocytosis ≥5000 × 109/L for at least 3 months or cytopenias with disease-related symptoms. The transformation of CLL to high-grade non-Hodgkin’s lymphoma was originally described by Maurice Richter in 1928 and is well documented in the CLL patients.[1,2]

When the patient presented to the hospital for the first time, we made an initial diagnosis of CLL based on persistently raised absolute lymphocyte count, morphology of the small lymphocytes, and numerous smudge cells. After 1 week, with rising WBC count and appearance of blasts in the peripheral blood, the possibilities of atypical CLL, prolymphocytoid transformation, and transformation into acute leukemia were considered. However, the presence of cells with high nucleocytoplasmic ratio and with prominent nucleoli excluded the possibility of atypical CLL. Several features such as a high WBC count, splenomegaly, age, and aggressive nature of the disease suggested the possibility of PLL. However, the presence of high nucleocytoplasmic ratio, 1–2 nucleoli and scant cytoplasm excluded this possibility. Further, flow cytometry performed on the peripheral blood showed that the blasts were positive for CD10 (62.9%), CD19 (69.9%), CD20 (65.0%), CD34 (93.2%), and Tdt (70.2%) and thus validated the diagnosis of B-cell ALL.

Zarrabi et al. in the year 1977 described 31 cases of acute leukemia developing in patients with preexisting CLL. Of the total, 10 were lymphoblastic, 7 myeloblastic, 1 plasmacytic, and in 13 cases the cell type was not identified.[3]

Hermelink et al. reported the development of myelomonocytic leukemia in a diagnosed case of CLL.[2] In the following year, blast transformation was reported in two patients with CLL over a time span of one and 20 years.[4,5]

However, the first substantiation of acute lymphoblastic transformation of CLL by flow cytometry was reported by Frenkel et al. in 1981.[6] In the same year, a case study series conducted by Kjeldsberg and Marty including eight patients over a 2-year period, reported conversion of a diagnosed case of CLL into ALL with appearance of lymphoblasts similar to L2 type French American British Classification.[6,7] In 1984, two independent studies reported rapid transformation of CLL in two patients thus doubting the role of chemotherapy in the transformation.[8,9]

In the recently reported seven cases of ALL developing during CLL in whom the phenotypic documentation was done, ALL was postulated to derive from the clonal evolution of the inital cell. In six patients, similar immunoglobulin chaim isotypes were found in the CLL and ALL cells, while identical cytogenetic abnormalities were present the remaining patient.[10]

Although a defect in the apoptosis typifies CLL, with the majority cells being long-lived, noncycling and in G0 phase, there is a small fraction of replicating cells in the lymph nodes and bone marrow which are responsible for the disease progression. Apoptosis through the tumor necrosis factor receptors plays an important role in controlling lymphoid cell population and defects either in Fas ligand or receptors result in autoimmune lymphoproliferative syndrome and increased risk of autoimmune disease and lymphomas. In addition to the cell to cell contact, the extracellular milieu contains molecules such as growth factors, proteins, and lipids that contribute to CLL progression.[1] The stromal and CLL cells produce cytokines that may stimulate leukemic cell growth in an autocrine and paracrine fashion while inhibiting survival of normal lymphoid and marrow cells.[1]

Chromosomal abnormalities such as del 11q22–q23, del 17p13, and trisomy 12q13 are associated with worst prognosis and rapid progression of the disease.[1]

The transformation of CLL to ALL is very uncommon and very few cases (<1%) have been reported so far. The blastic transformation in our patient occurred over a very short interval of 1 week. Thus, this study highlights that in a small number of CLL patients, transformation to ALL may occur.