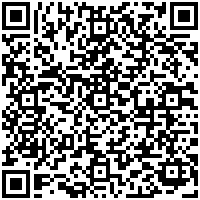 The objective of the study was to develop a simple, rapid, specific and precise reverse phase high performance liquid chromatographic method for the determination of lornoxicam in bulk and pharmaceutical preparations. Chromato-graphic separation of the drug was performed on a eclipse C18 column (150 mm x 4.6 mm, 5 μm) as stationary phase and mobile phase used is methanol: 0.1% formic acid in water (80:20 v/v), with a flow rate of 0.8 mL min-1 and UV detection at 381 nm. The proposed method was validated for linearity, accuracy, precision, limit of detection (LOD) and limit of quantitation (LOQ). Linearity, accuracy and precision were found to be acceptable over the ranges of 0.5-20 μg/ml. It can be conveniently adopted for routine quality control analysis of lornoxicam.

Lornoxicam, (6-chloro-4-hydroxy-2-methyl-N- 2-pyridinyl-2H-thieno[2,3-e]-1,2- thiazine- 3- carboxamide 1,1-dioxide, C13H10ClN3O4S2, Figure 1) is a non-steroidal anti-inflammatory drug with analgesic and antipyretic properties that belongs to the class of oxicams. It acts by nonselective inhibition of cyclo-oxygenase-1 and -2. It is prescribed for osteoarthritis, rheumatoid arthritis, acute lumbar-sciatica conditions and postoperative pain management [1]. In the literatures, a voltammetric [2], polarograhic [3], UV spectrophotmetric [4], LC/MS/MS [5-6], TLC-densitometry [7], and high performance liquid chromatographic (HPLC) [7-11] methods were reported for the analysis of lornoxicam. All the reported HPLC methods used buffer in the mobile phase and long retention time. The present study was aimed to develop a simple, rapid, precise, accurate and selective chromatographic method for the estimation of lornoxicam in bulk and dosage forms without the use of buffer in the mobile phase in short duraion.

Bulk sample of lornoxicam was obtained from Hetero drugs, Hyderabad, India. The commercial samples of tablets containing 4 mg and 8 mg of lornoxicam were purchased from local market (T1 and T2). Milliq water (Millipore) water was used throughout the work. Methanol (HPLC grade) and Formic acid (HPLC grade) were procured from Sigma Aldrich (Switzerland).

A Agilent 1200, (Germany) HPLC instrument with a Zorbax eclipse XBD C-18 analytical column, (150 mm × 4.6 mm, 5 μm) was used for the study. The mobile phase used was methanol-water with 0.1% formic acid in water (80:20 v/v), with a flow rate of 0.8 ml/min. UV detection was made at 381 nm. The volume of injection was fixed at 20 μl. All analyses were done at ambient temperature. The mobile phase was prepared freshly and vacuumfiltered through a 0.45 μm Millipore nylon filters in the beginning of the experiment.

Twenty tablets were weighed and their average weight was calculated. The tablets were crushed into a homogeneous powder and a quantity equivalent to one tablet (4 mg, and 8 mg) was transferred to a 50 mL volumetric flask, dissolved in methanol and filtered through a 0.45 μm Millipore nylon filters.

After a systematic and detailed study of various parameters involved, the following procedure and conditions are recommended for the determination of lornoxicam in pure samples and in dosage forms.

The calibration curve for lornoxicam was constructed by analyzing lornoxicam solutions containing 0.5 to 20.0 μg/ml in triplicate. The standard solutions were prepared by diluting the stock solution in mobile phase. Each of these samples (20 μl) was injected three times into the column and the peak area of absorption was determined. Standard graph was plotted by taking concentration of drug on x-axis and peak area of absorption on y-axis.

Suitable dilutions of both the tablets were made with mobile phase so as to obtain a concentration of the drug in the range of linearity determined. Volume of sample injected into the column was 20 μl. All the determinations were made in triplicate.

The standard curve was prepared in the concentration range of 0.5 to 20.0 μg/mL for lornoxicam. The linearity of these methods was evaluated by linear regression analysis, using least square analysis method.

The precision of the assay was determined in terms of repeatability (intra-day) and intermediate (interday) precision. The intra and inter-day variation in the peak area of drug solution containing 4 μg/mL of lornoxicam were calculated in terms of RSD (Relative standard deviation).

The accuracy of HPLC method was assessed by adding known amount of drug to a drug solution of pre-analyzed sample and subjected to the proposed HPLC method [12-13]. All solutions were prepared and analyzed in triplicate.

Limit of detection (LOD.) and limit of quantification (LOQ.)

The LOD and LOQ were determined for HPLC method. The limits were determined based on the standard deviation amongst response and slope of the curve at lowest concentrations (International Conference on Harmonization, 1997). The obtained theoretical values for LOD and LOQ were actually prepared and were cross checked by actual analysis using proposed method.

To develop a suitable and robust LC method for the determination of lornoxicam different mobile phases and columns were employed to achieve the efficient separation and resolution. The criteria employed for selecting the mobile phase for the analyses of the drugs were cost involved and time required for the analysis.

Attempts with traditional reverse phase columns presented poor peak symmetry and tailing problem. Most of the separation methods in literature overcame these problems by use of buffers in mobile phase [14]. The proposed method was able to selectively separate lornoxicam in a short chromatographic run (less than 3 min) without the use of buffer mobile phase. The retention time is 2.63 min. The chromatogram is shown in Figure 2. Theoretical plates, tailing factor were determined and are presented in Table 1.

Limit of detection and limits of quantitation

To study accuracy of the method, recovery experiment was carried out by applying the standard addition method. A known quantity of each drug substance corresponding to 50%, 100% and 150% of the label claim of each drug was added, to determine if there are positive or negative interferences from excipients present in the formulation [12-13]. Each set of addition was repeated three times. The accuracy was expressed as the percentage of analytes recovered by the assay. Table 2 lists the recoveries of the drugs from a series of spiked concentrations. The results indicate the method is highly accurate for s determination of the lornoxicam.

Table 3: Assay result for lornoxicam (4 mg and 8 mg per tablet) in the formulation product

Specificity is the ability of the method to accurately measure the analyte response in the presence of all potential sample components (excipients). The results were compared with the analysis of a standard lornoxicam and tablet formulations. Excipients of the solid dosage form did not interfere with the analyte.

The proposed method for quantitative determination of lornoxicam in pharmaceutical formulation is efficient and sensitive. The excipients of the commercial sample analyzed did not interfere in the analysis, which proved the specificity of the method for these formulations. The HPLC method was found to be simple, rapid, precise, accurate and sensitive. Its advantages over other existing methods are its low-cost, non usage of buffers and less time consuming. This method can be used for routine quality control of lornoxicam in commercial samples.