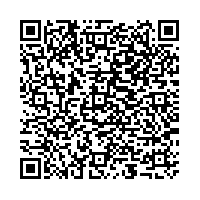 Introduction: Skin diseases are the major contributors of disease burden in society. The ultimate goal in dermatological therapy is to use the safest and least number of drugs in order to obtain the best possible effect in the shortest period at reasonable cost. The problem gets compounded with the inappropriate and irrational use of medicines. Therefore, periodic prescription audit in the form of prescribing patterns is away to improve irrational prescription. The objective of this study to assess the prescription patterns of dermatological agents in Boru Meda hospital. Methods: Hospital based retrospective cross-sectional study in which prescribing patterns of dermatological agents are assessed. A total of 385 samples of patient record prescription from November/1/2016 to December/30/2016, and the sample were selected by systematic random sampling technique. Sample prescriptions were reviewed using structural data collection format. The Collected data was analyzed by using SPSS version 20. Results: Regarding sex and age of patients, the maximum numbers were male between the age group of 21-30 years (25.52%) and in female 21-30 years (32.64%). Topical steroids were the most commonly prescribed drugs (25.3%). The prevalence of atopic dermatitis was higher (26.3%, 20.8%) in both male and female respectively followed by scabies in male with 12.2% and Acne vulgaris (12.9%) in female. Number of drugs per prescription was higher (2.46) than WHO standard (<2). Conclusion: The current study reveals that topical corticosteroids were commonly prescribed drugs in the dermatology unit and the prescribing practice imitates incidence of polypharmacy.

Skin disease refers to disorders exclusively of the superficial layers of the skin. The commonest skin disorders seen in developing countries are psoriasis and scabies, but they have not been regarded as a significant problem that could benefit from public health measures. Most skin diseases are chronic and require lifetime treatment.[1] Improved quality of life by enhancing standards of medical treatment at all levels of the health care delivery system. Setting standards and assessing the quality of care through performance review should become part of everyday clinical practice.[2]

Prescribing patterns studies are useful to monitor evaluate and suggest modifications in prescribers, prescribing habits so as to make medical care rational and cost effective. Such analysis not only improves the standards of medical treatment at all levels in the health system, but also supports in the identification of drug use related problems such as, drug-drug interaction, poly-pharmacy and adverse drug reaction.[3,4] Irrational prescribing has a serious impact on health and economy, resulting in wastage of resource. The patterns of drug use in a hospital setting need to be monitored intermittently in order to analyze their rationality and increase the therapeutic benefits and reduce adverse effect.[5]

Boru Meda Hospital (BMH) is found in Eastern Amhara South Wollo zone, Dessie town, which is found about 411 km away from Addis Ababa, the capital city of Ethiopia. It was established in 1947 EC through the support of missionary organization that was primary focused on dermatology and ophthalmic services. It has a total of 80 beds among these 30 beds is in dermatological ward. The study was conducted from November 01/2016-December 30/2016.

A retrospective institutional based quantitative cross sectional study was conducted by reviewing prescriptions and the sample were selected by systematic random sampling technique. The Study population of this study was all dermatological patients who were visit BMH, dermatology unit in outpatient department and for whom medicines were prescribed during study period.

The population of annual dermatological patients at BMH is <10,000, therefore sample size adjustment is needed by using population correction formula:

The data was verified by well-trained pharmacy personnel through direct supervision of principal investigators during the data Collection period.

The study was approved by chief executive officer, and the head of the pharmacy department in the BMH. A formal letter was written from BMH and given to pharmacy department and also confidentiality of the information obtained from the patient’s prescription reviewed throughout the study period was kept.

Table 1: Age with Sex distribution of the patients in dermatology unit of BMH (Dessie, 2016)

Table 2: Distribution of prescription item in Generic/Brand name in dermatology unit of BMH, 2016

Table 3: Route of administration number of drugs prescribed in dermatology unit of BMH, 2016

Table 4: No. of drugs per prescription in dermatology unit at BMH, Dessie, 2016

Table 6: Category of drugs prescribed at the dermatology unit of BMH (Dessie, 2016)

Table 7: Various parameters in the prescriptions of drug in dermatology unit of BMH, 2016

Out of 385 patients, prevalence of atopic dermatitis was higher in with (26.3%, 20.8%) both male and female respectively followed by scabies in male with 12.2% and Acne vulgaris (12.9%) in female by emollient (21.2%). Out of total of 905 The drugs prescribed, topical steroids were the most commonly used (25.3%), followed drugs 229 (25.3%) were Among topical drugs, Betamethasone cream/ointment was the most common prescribed drug. The most commonly prescribed drug was ketoconazole shampoo (50.9%) from the anti- fungal and doxycycline (37.7%) from anti-biotic. Out of 385 prescription drugs prescribed 67.5% frequency of application, 56.1% duration of treatment and 54.0% site of applications are specified. Consideration of various parameters while prescribing in the prescription of drugs.

This study showed that atopic dermatitis (26.3%) and (20.8%) was the most common dermatological condition in the dermatology unit in both male and female respectively, Followed by scabies (12.2%) in male and acne vulgaris (12.9%) in female. different findings were also reported from study carried out in India the study showed fungal disease was the most common.[9] From the total of 1104 drugs prescribed, Topical corticosteroids were accounts for 731 (66.2%) followed by emollient (21.2%). This finding was similar with topical corticosteroids in Ayder referral hospital study and different from a study done by Bijoy et al. and Ashok et al. in India where Anti fungals were the most commonly prescribed.[9,10]

The higher percentage of nonproprietary prescriptions in outpatients invokes the problem of the vast expenditure on such drugs and their availability in the hospital pharmacy. Many patients attending a hospital as out-patients belong to the lower socioeconomic status and would have to buy nonproprietary drugs from a low price. But he/she would have to buy proprietary drugs from high price and other relevant pharmacy outlets. Lack of trust in the quality of generic drugs could be the reason why brand names were highly prescribed. Among the total number of drugs prescribed, most of them were prescribed by topical (66.2%) followed by oral routes (19.2%) and the second most route of administration were a combination of systemic and local route of administration (14.5%). The reason for a high percentage of topical drugs being pre scribed is that topical route has minimum side effects hence is the preferred route of administration in dermatology. The use of fixed- Dose combinations may help to bring down the cost and improve compliance. According to Salwa Omer et al. study combination route of administration (systemic and local) was highly prescribed with a prevalence of 67.2% followed by oral route which was prescribed for 25.3% of cases.[11]

The current study reveals that average number of drugs per prescription was high (2.46) and topical corticosteroids were commonly prescribed drugs in the dermatology unit. This finding also showed that atopic dermatitis was the most prevalent disease condition.