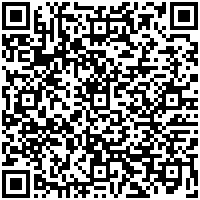 The aim of present study was to formulate and evaluate the loxoprofen loaded Sustained release microspheres by emulsion solvent evaporation technique. Ethylcellulose, a biocompatible polymer is used as the retardant material. The effects of process conditions such as drug loading, polymer type and solvent type on the characteristics of micro-spheres were investigated. The prepared microspheres were characterized for their particle size and drug loading and drug release. The in-vitro release studies were carried out in phosphate buffer at pH 7.4. The prepared microspheres were white, free flowing and spherical in shape. The drug-loaded microspheres showed 71.2% of entrapment and the in-vitro release studies showed that Loxoprofen microspheres of 1:3 ratios showed better sustained effect over a period of 8 hours.

Drug delivery systems (DDS) that can precisely control the release rates or target drug to a specific body site have had an enormous impact on the health care system. The last two decades there has been a remarkable improvement in the field of novel drug delivery systems.

Carrier technology offers an intelligent approach for drug delivery by coupling the drug to a carrier particle such as microspheres, nanoparticles, liposomes, etc, which modulates the release and absorption characteristics of the drug. Microspheres constitute an important part of these particulate DDS by virtue of their small size and efficient carrier characteristics [1].

Solvent evaporation technique is one of the several methods that is used for production of microspheres. Although this way may not be the main method, but it is the simplest one that several variables can affect the outcome, as well. Kilicarsan and Baykara (2003) investigated the effect of the drug/polymer ratio on properties of the verapamil loaded microspheres that were made by solvent evaporation method and found that the drug release profile could be sustained by increasing polymer amount, and the particle size and surface characterization of microsphere could be modified through the variation of drug/polymer ratio. Diaminopyridine microparticles by solvent evaporation method were prepared by Gibaud et al. (2002) [2-4].

Nonsteroidal anti-inflammatory drugs (NSAIDs) are widely used for the treatment of pain and inflammation. NSAIDs produce their therapeutic effect by inhibiting the cyclooxygenase (COX) enzymes, which are involved in the biosynthesis of prostaglandins (PGs) [5,6]. Loxoprofen, 2-[4-(2-oxocyclopentylmethyl) phenyl]-propionate with two chiral centers, is marketed as an equal parts mixture of four stereoisomers. Loxoprofen sodium is an important non-steroidal antiinfl ammatory drug (NSAID) of the 2-arylpropionic acid group used for the treatment of rheumatoid arthritis and osteoarthritis. Loxoprofen is a prodrug which produces effects after being absorbed from the gastrointestinal tract followed by conversion to an active metabolite. The mechanism of action of loxoprofen is due to inhibition of prostaglandin biosynthesis by its action on cyclooxygenase. After oral administration, loxoprofen sodium is absorbed as the free acid from the gastrointestinal tract rather than the sodium salt, which causes just weak irritation of the gastric mucosa, and is then converted to an active metabolite by reduction of the ketone carbonyl to the trans-OH form. The active isomer has the 2S, 1R’, 2’S configuration, which potently inhibits prostaglandin biosynthesis [7]. Loxoprofen has an activity to treat inflammatory rheumatoid diseases and relieve acute pain. It is effective against period pains, pain after surgery and fever. Loxoprofen available in pharmaceutical formulations as Tablets and Transdermal patches [8,9]. The aim of present study was to formulate and evaluate the loxoprofen loaded sustained release microspheres by emulsion solvent evaporation technique.

The main objective of this work was to investigate the possibility of obtaining a sustained release formulation of Loxoprofen microspheres by using ethylcellulose in various drugs, polymer ratios (1:1, 1:2, and 1:3). The various physicochemical characteristics and the invitro release rates from these microspheres were thus examined.

This is the method widely used in the microencapsulation process. Calculated quantity of polymer was dissolved in Dichloromethane to form a homogenous polymer solution. Then calculated quantity of drug was added to the polymer solution and mixed thoroughly. The resulting mixture was then added in a thin stream of 300ml of aqueous solution containing 1%(v/v) tween80, while stirring at 1000rpm to emulsify the added dispersion as fine droplets. The solvent, dichloromethane was then removed by evaporation during continuous stirring at room temperature for 3 hours to produce spherical microspheres. Here dichloromethane was used as polymer solvent, aqueous solution as the microencapsulating vehicle, tween80 as the dispersing agent. During 3hours stirring period, dichloromethane was completely removed by evaporation [12-18].The microspheres were collected by vacuum filtration and washed repeatedly and dried in room temperature over a night to get free flowing microspheres. By varying this drug: polymer ratio, three batches of microspheres were prepared (Table 1).

Physicochemical characterization of the Microspheres:

The various batches of the microspheres were subjected for drug content analysis. Accurately weighed microsphere samples were mechanically powdered. The powdered microspheres were dissolved in adequate quantity of phosphate buffer PH 7.4 then filter. The UV absorbance of the filtrate was measured using a UV spectrometer at 220nm.

Drug loading and encapsulation efficiency was determined for all batches using the following formulas [9,11] Values are expressed as percentage.

The USP XXIV dissolution ratetesting apparatus was employed to study therelease of Loxoprofen using phosphate buffer PH7.4 as a dissolution medium.100mg equivalentof loxoprofen containing ethyl cellulose microspheres was filled in hard gelatin capsule and dissolution test was being carried out at 50 rpm maintained at 37oC±0.5oC. 5ml of sample were withdrawn at specific time interval for 8hours. The sample volume was replaced by an equal volume of fresh medium. The concentration was determined spectrophotometrically at 220nm. The same procedure was repeated for other formulations also. The percentage of drug release at various time intervals was calculated and plotted against time.[20-24]

The results of the variation in drug loading and encapsulation efficiency with polymer: loxoprofen ratio is shown in table 3. Higher percentage of loading was obtained by increasing the amount of loxoprofen with respect to ethyl cellulose. The encapsulation process was found to be good and 74.96 to 84.57 of the drug employed in the process were encapsulated by themicrosphere. 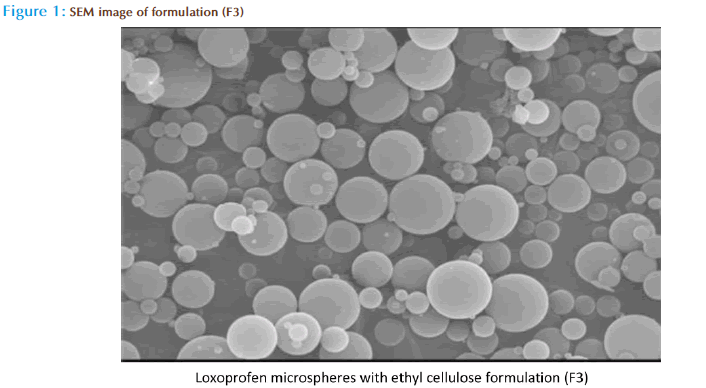 Microspheres of all batches had faster initial drug release approximately 25 percentages within 15 minutes. Then the release was slow and sustained over 8 hours, depending upon the polymer: drug ratio. By the end of 8th hour the percentage of drug release was found to 76.84, 80.32 and 86.17 for F1, F2 and F3 formulation respectively (figure 2). The formulation F3 showed better sustained release (86.17%) at the end of the 8th hour as compared to other batches. This may be due to better loading, encapsulation efficiency and increased particle size as compared to other batches.

The ethylcellulose microspheres of loxoprofen were successfully prepared by solvent evaporation technique and confirmed that it is a best method for preparing loxoprofen loaded microspheres from its higher percentage yield. The formulation F3 has highest milligram of drug content followed by other formulations. The percentage of encapsulation of three formulations was found to be in the range of 74.96 to 84.57. Higher percentage of loading wasobtained by increasing the amount of loxoprofen with respect to polymer. The particle size of amicrosphere was determined by optical microscopy and all the batches of microspheresshow uniform size distribution. The average particle size was found to be in the range of266.16-329.18μm. The prepared microspheres had good spherical geometry with smooth asevidenced by the scanning electron microscopy. The in vitro dissolution studies showed that loxoprofen microspheres formulation F3 showed better sustained effect (86.17%) over a period of 8 hours than other formulations.