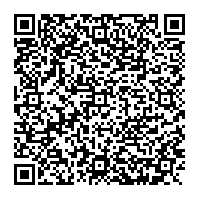 Postoperative pharmacodynamic interaction of ondansetron; a 5-HT3 antagonist and paracetamol in patients operated in the ENT department under local anesthesia

Preclinical studies in incision pain models and healthy volunteers have demonstrated the central serotonergic analgesic mechanism of paracetamol.[1] This has been supported by some studies with evidence of raising serotonin concentrations in the brain following paracetamol administration.[2] Inhibition of this analgesia by ondansetron/tropisetron; the 5-HT3 antagonists suggest that this analgesia is 5-HT3-mediated.[3] However, in a few studies, these 5-HT3 antagonists themselves were found to have analgesic action.[4] These drugs are frequently co-administered, especially in cancer and postoperative patients. Hence, in this study, we have studied the pharmacodynamic interaction between paracetamol and ondansetron with reference to following parameters:

The study population included patients of either sex, aged between 18 and 70 years, with American Society of Anesthesiologists (ASA) grade I and II.

This study was approved by the Institutional Ethics Committee (Ref. SKNMC No/Ethics/App/2013/139). This study was performed in accordance with the declaration of Helsinki. After obtaining written informed consent from each patient, the patients were randomly assigned to one of the study groups. Randomization was done with the help of OpenEpi software; version 2.3 (Andrew G.Dean and Kevin M. Sullivan, Atlanta, GA, USA). The drug was given by one investigator at the end of surgery and follow-up was done at awakening and every 30 min interval for the total period of 3 h by another investigator who was blinded. Postoperative level of analgesia was noted; when pain score noted was >4 on the VAS, rescue analgesic diclofenac or tramadol was given and postoperative analgesic consumption for 24 h was recorded.

Local anesthesia was given with xylocaine 2% and 1:200,000 adrenaline infiltration in the postaural groove and incisura terminals to block greater auricular, auriculotemporal, lesser occipital, and to a certain extent, part of vagus. Paracetamol in the dose of 1 g given intravenously to all patients and 1 ml NaCl, 0.9% as placebo, while ondansetron 4 mg as the test was given intravenously to either of study groups. Patients were observed for pulse, blood pressure, pain, sedation, and FLACC behavior pain scale scores at awakening and every 30 min for a period of 3 h. Rescue analgesic, oral diclofenac 50-100 mg or tramadol 50 mg was given when pain score was >4. Maximum dose of diclofenac was limited to 150 mg and for tramadol 400 mg in 24 h.

Statistical analysis was carried out using repeated measures ANOVA test and Mann–Whitney U-test (nonparametric test) using online Vassarstats (version 13.1) and SciStatCalc (version 1.3) software respectively. P < 0.05 were considered statistically significant. The significantly higher pain score was observed in the placebo group (paracetamol 1 g + NaCl, 0.9%) at awakening and further till 60 min (P < 0.01). The FLACC behavior scale score was observed apparently higher, but significantly higher score was observed only at 120 and 150 min with placebo group (P < 0.01) as compared to test group (paracetamol 1 g + ondansetron 4 mg) [Table 1]. Patients with placebo as well as test group were more or less comfortable during the study; however, test group patients were more comfortable throughout the study as observed with FLACC scale and adverse effects in first 3 h. These results are in agreement with the study by Jokela et al. that states co-administration of ondansetron with paracetamol does not decrease the analgesic effect of paracetamol[7] whereas, contradictory to the results of Pickering et al.[2] analgesic requirement was significantly more with the placebo group as compared to test group [Table 2].

Postoperative pain management is very important because it is a decisive part of the patient’s recovery. In the clinical practice, paracetamol is often used as a postoperative analgesic albeit its effects seem lower than those of morphine or ketoprofen.[5] The mechanism of action of paracetamol is still not clearly understood. Paracetamol has no known endogenous high-affinity binding sites like morphine. It is considered to be a weak prostaglandin (PG) synthesis inhibitor. Paracetamol is said to stimulate the activity of descending serotoninergic pathways that inhibit nociceptive signal transmission in the spinal cord.[1,2] Due to this reason, the interaction between paracetamol and 5-HT antagonists has been frequently evaluated in animals and humans. The selective 5-HT3 antagonists (tropisetron, granisetron) have been shown to completely block the analgesic effect of paracetamol in human.[3] This blockade occurs, as a result of a pharmacodynamic interaction, suggestive of the central serotoninergic system involvement in paracetamol induced antinociception.[2] However, our literature search revealed only one study describing an interaction between ondansetron and paracetamol, showing blockade of paracetamol antinociception by ondansetron.[5] In our study, the antinociceptive effect of paracetamol was instead seen to be increased when ondansetron was co-administered. This could be due to the reversal of the nociceptive effect of spinal 5-HT3 receptor activation by ondansetron.[4] The bulbospinal pathways descend to the spinal cord to either exhibit the antinociceptive or pronociceptive transmission of nociceptive inputs. Several studies have confirmed the contribution of supraspinal areas in the control of descending pronociceptive pathways. However, the spinal mediation of descending mechanisms of postincision pain has been emphasized scarcely. Ondansetron, a 5-HT3 antagonist, exhibited analgesic activity in some studies appears to be due to inhibition of this spinal descending pronociceptive pathway.[4]

Although activation of descending antinociceptive serotoninergic pathways reason central analgesic effect of paracetamol to some extent, other mechanisms are also involved, like PG synthesis inhibition or the indirect activation of cannabinoid 1 receptors.[5] Increased analgesic effect after paracetamol and ondansetron co-administration of our study is said to be the outcome of multifaceted antinociception imparted by them involving central and spinal mechanisms. However, tropisetron- and granisetron-induced antinociceptive blockade in earlier studies could be due to selective 5-HT3 antagonism at supraspinal areas.

The authors are thankful to Dr. A.V. Bhore, Dean SKNMC, and Dr. R. W. Naphade, HOD Anesthesia for providing facilities to carry out of the experiments of this work.