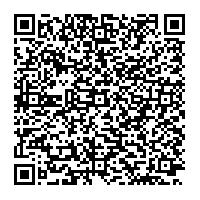 The present study was conducted to evaluate the hepatoprotective activity of different extracts of Tinospora cordifolia against carbon tetrachloride (CCl4) induced liver damage in rats. The pet ether, ethanol and aqueous extracts of various parts of the plant such as leaf, stem and root were tested at the dose of 200mg/kg body weight orally using Wistar albino rats and Silymarin was given as reference standard. Ethanolic extract of all the parts showed significant hepatoprotec-tive effect by reduction in serum enzymes alanine aminotransferase (ALT), aspartate aminotransferase (AST), alkaline phosphatase (ALP) and total bilirubin (TBL) in the selected model which is followed by aqueous and pet ether extracts. The chemical constituents reported from the plant belong to different classes such as alkaloids, flavanoids, glycosides, steroids, terpenoids, phenolics and saponins. The overall experimental results suggests that the biologically active phytoconstituents such as flavonoids, alkaloids present in the ethanolic extract of plant Tinospora cordifolia, may be responsible for the significant hepatoprotective activity. Therefore, results justify the use of Tinospora cordifolia as a hepatoprotective agent.

Tinospora cordifolia (Guduchi) is a widely used plant in folk and ayurvedic systems of medicine. It is a climbing shrub belonging to the family Menispermaceae, which is widely distributed throughout Indian subcontinent and China [1]. The stem of Tinospora cordifolia is rather succulent with long filiform fl eshy aerial roots from the branches. The bark is creamy white to grey, deeply left spirally, the space in between being spotted with large rosette like lenticels [2]. The stem is bitter, stomachic, diuretic [3], stimulates bile secretion, causes constipation, allays thirst, burning sensation, vomiting, enriches the blood and cures jaundice. The extract of its stem is useful in skin diseases [4,5]. The root and stem of T. cordifolia are prescribed in combination with other drugs as an antidote to snake bite and scorpion sting [6,7]. Oral administration of an aqueous T. cordifolia root extract to alloxan diabetic rats caused a significant reduction in blood glucose and brain lipids [8]. T. cordifolia is reported to benefit the immune system in a variety of ways [9]. The hepatoprotective action of T. cordifolia was reported in one of the experiment in which goats treated with T. cordifolia have shown significant clinical and hemato-biochemical improvement in CCl4 induced hepatopathy. Extract of T. cordifolia has also exhibited in vitro inactivating property against Hepatitis B and E surface antigen [10]. The aqueous extract of T. cordifolia exerted a significant anti-inflammatory effect on cotton pellet granuloma and formalin induced arthritis models [11]. In a clinical evaluation, a compound preparation ‘Rumalaya’ containing T. cordifolia was reported to significantly reduce the pain in patients suffering from rheumatoid arthritis [12].

Liver diseases are a serious health problem. In the absence of reliable liver protective drugs in allopathic medical practices, herbs play a role in the management of various liver disorders. Numerous medicinal plants and their formulations are used for liver disorders in ethnomedical practices and in traditional system of medicine in India [13]. In view of severe undesirable side effects of synthetic agents, there is growing focus to follow systematic research methodology and to evaluate scientific basis for the traditional herbal medicines that are claimed to possess hepatoprotective activity. The use of medicinal plants in modern medicine suffers from the fact that though hundreds of plants are used in the world to prevent or to cure diseases, scientific evidence in terms of modern medicine is lacking in most cases. However today it is necessary to provide scientific proof as whether to justify the use of plant or its active principles [14]. So, in the present study, we investigated the hepatoprotective effect of various parts of T. cordifolia extracted with pet ether, ethanol and aqueous against CCl4 induced liver damage in rats.

Plant materials and preparation of extracts

All the different extracts were then subjected to preliminary phytochemical analysis to assess the presence of various phytoconstituents [15].

Acute toxicity study was performed for all the extracts according to the staircase method of Ghosh [16]. Female albino rats were used for acute toxicity study. The animals were kept fasting for overnight providing only water, after which the extract was administered orally at doses of 100, 200 and 300mg/kg b.w. and observed for toxic symptoms up to 72 h. 200 mg/kg b.w was taken as the therapeutic oral dose for all the extracts.

Rats were divided into twelve groups of six animals each. The rats of control group (I) received three doses of 5% gum acacia mucilage (1ml/kg b.w.) at 12 h intervals (0 h, 12 h and 24 h). The rats of CCl4 group (II) received three doses of vehicle at 12 h intervals and a single dose of CCl4 (1.25ml/kg b.w.) diluted in liquid paraffin (1:1) 30 minutes after the administration of 1st dose of vehicle. Group – III served as reference control, received silymarin (25mg/kg b.w.) once daily for 3 days. Group –IV to XII received, T. cordifolia extract (200 mg/kg b.w.) once daily for 3 days. Group III to XII received CCl4 (3gm/kg b.w.) as single dose on day 3, thirty minutes after the administration of extracts and silymarin respectively. All the test drugs and CCl4 were administered orally by suspending in 5% gum acacia mucilage. After 36 hour of administration of CCl4, blood was collected by direct cardiac puncture under light ether anesthesia and serum was separated and used for determination of biochemical parameters such as alanine aminotransferase (ALT), aspartate aminotransferase (AST), alkaline phosphatase (ALP) and total bilirubin (TBL) [17].

The animals were sacrificed and the abdomen was cut open to remove the liver. The liver was fixed in Bouin’s solution (mixture of 75 ml of saturated picric acid, 25 ml of 40% formaldehyde and 5ml of glacial acetic acid) for 12h, and then embedded in paraffin using conventional methods [18] and cut into 5μm thick sections and stained using haematoxylin-eosin dye and finally mounted in di-phenyl xylene. The sections were then observed under microscope for histopathological changes in liver architecture and their photomicrographs were taken.

Statistical analysis of the data was done by one-way ANOVA, followed by student t-test using software ezANOVA ver. 0.98. The level of significance was fixed at P<0.05.

The preliminary phytochemical investigations show the presence of various secondary metabolites as tabulated in table 1. The same extracts have shown significant hepatoprotective activities at the concentration (200 mg/kg) tested, although its pure form remains to be studied. The results of biochemical parameters revealed the elevation of enzyme level in CCl4 treated group, indicating that CCl4 induces damage to the liver (Table 2). A significant reduction was observed in TBL, ALT, AST and ALP levels in the groups treated with silymarin and leaf extracts of T. cordifolia. But the groups which received other two extracts such as stem and root, as test drug at the dose of 200mg/kg showed a less significant decrease in the elevated levels of enzymes. The results obtained for biochemical parameters are comparable with silymarin, the standard hepatoprotective drug. Therefore, as like silymarin the leaf extracts have restored the altered level of enzymes significantly. The enzyme levels were almost restored to the normal. It was found that the extract decreased the CCl4 induced elevated levels of the enzymes in group III to XII, indicating the production of structural integrity of hepatocytic cell membrane or regeneration of damaged liver cells by the extract. It was observed that the size of the liver was enlarged in CCl4 intoxicated rats but it was normal in drug treated groups. A significant reduction in liver weight supports this finding.

Normally, AST and ALP are present in high concentration in liver. Due to hepatocyte necrosis or abnormal membrane permeability, these enzymes are released from the cells and their levels in the blood increases. ALT is a sensitive indicator of acute liver damage and elevation of this enzyme in non hepatic diseases is unusual. ALT is more selectively a paranchymal liver enzyme than AST [19]. Assessment of liver function can be made by estimating the activities of serum ALT, AST, ALP and TBL which are enzymes originally present higher concentration in cytoplasm. When there is hepatopathy, these enzymes leak into the blood stream in conformity with the extent of liver damage [20]. Bilirubin is one of the most useful clinical clues to the severity of necrosis and its accumulation is a measure of binding, conjugation and excretory capacity of hepatocyte. Decrease in serum bilirubin after treatment with the extract indicates the effectiveness of it in normal functional status of the liver.

Histopathological examination of the liver section of the rats treated with toxicant showed intense centrilobular necrosis and vacuolization. The rats treated with silymarin and extracts along with toxicant showed sign of protection against these toxicants to considerable extent as evident from formation of normal hepatic cards and absence of necrosis and vacuoles (fig. 1). The preliminary phytochemical studies have revealed the presence of flavonoids in the extracts of T. cordifolia, which supports the fact that usually flavonoids show hepatoprotective activity [21]. So in the present study, the hepatoprotective effect of T. cordifolia may be due to its flavonoid content. CCl4 induced animals significantly lost their body weight and showed reduced food consumption as compared to control group. Animals of drug treated group and standard group showed a significant increase in body weight and food consumption comparably. These findings suggested that extract administered has significantly neutralized the toxic effects of CCl4 and helped in regeneration of hepatocytes [22]. In accordance with these results, it can be said that the leaf extracts of T. cordifolia exhibited a hepato protective effect against carbontetrachloride induced hepatotoxicity. 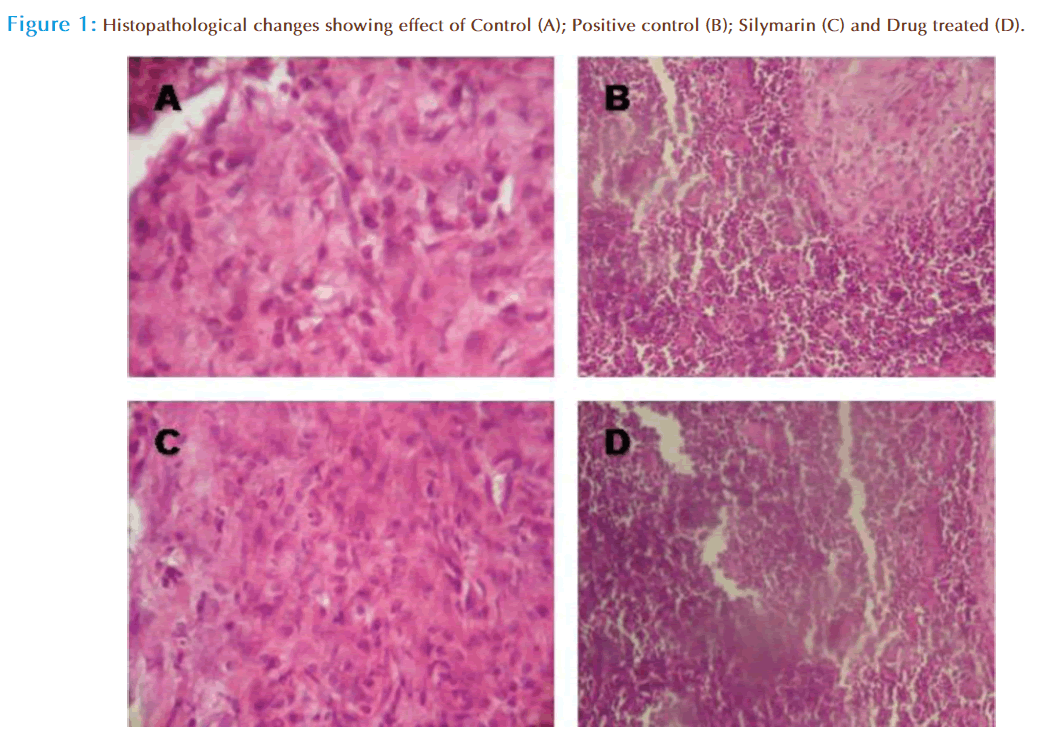 The plant is used in ayurvedic, “Rasayanas” to improve the immune system and the body resistance against infections. The Ayurveda literature reports that it can cause constipation, if taken regularly in high doses; it has no side effect and toxicity. Yet the safety and the potential indications in human beings have to be established using modern methods. These studies place this indigenous drug a novel candidate for bioprospection and drug development for the treatment of liver disorders where satisfactory cure managements are still not available. Efforts are in progress to isolate and characterize the active principle, which is responsible for the hepatoprotective efficacy of this valuable medicinal plant. Further studies are needed to explain the exact mechanism of action in neutralizing the toxic effects.