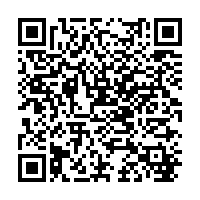 Since their discovery in 2004, carbon dots have emerged out as a new class of material with a number of attractive physicochemical properties like fluorescence fair water solubility non-toxicity, biocompatibility, chemical stability etc. Owing to these excellent properties, carbon dots (CDs) have potential to be used in bio-imaging bio sensing, drug delivery catalysis etc. Recently, we have reported water absorption and moisture permeation behavior of chitosan/carbon dot Nano composite films and observed that carbon dots act as an effective cross linker due to electrostatic interactions between negatively charged carboxylate groups on the surface of carbon dot and positively charged –NH3+ groups along the protonated chitosan chains. It was observed that water absorption of chitosan/carbon dots nanocomposite films decreased many folds as compared to the plain chitosan films. This led us to believe that incorporation of carbon dots into drug-loaded chitosan film could bring about a desirable release of entrapped bioactive ingredient in a controlled manner. Chitosan is a semi-synthetic polymer, obtained from a controlled de-acetylation of chitin .Because of excellent biocompatibility; chitosan has a wide range of biomedical applications.

Since carbon dot also possess fair biocompatibility, a combination of pre-calculated quantities of chitosan and carbon dot could serve as an effective dressing material to offer a controlled release of drug in wound healing management. In the present work, we have prepared carbon dots from 1, 2, 3, 4 Butane tetra carboxylic acid via microwave synthesis approach. The CD, so prepared, had their surface covered with –COOH groups. Then we entrapped these functionalized CD along with model antibacterial drug Oxy tetracycline (OTC) in chitosan film by solution casting method. The release of drug OTC from the film matrix could be regulated by varying the CD concentration within the film matrix as CD provided physical crosslinking to the chitosan network. Therefore, variation in the CD contents within the film matrix could regulate the release rate of OTC. In this way, without using toxic chemical crosslinking agents, a controlled release of OTC from chitosan films could be achieved.

Oxytetracycline (OTC) is a product of the metabolism of Streptomyces rimosus and is one of the categories of tetracycline antibiotics. Oxytetracycline is firstly bacteriostatic and is explained to exert its antimicrobial effect by the prevention of the protein synthesis.