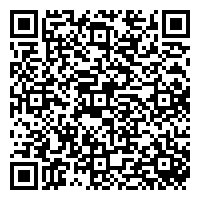 Overutilization of Anti-Secretory Drugs: A Cause of Concern

This is an open access article distributed under the terms of the Creative Commons Attribution‑NonCommercial‑ShareAlike 3.0 License, which allows others to remix, tweak, and build upon the work non‑commercially, as long as the author is credited and the new creations are licensed under the identical terms.

Introduction: Drug utilization research studies are effective tools that help in evaluating the drug prescribing trends, efficiency of hospital formularies. The use of the gastro protective drugs has been growing rapidly and many drug utilization studies have identified overutilization of PPIs at various centres, especially in the developed countries. This study is designed to identify such problems. Methods: Prospective observational drug-utilization study of gastro protective drugs was conducted for two months in the inpatients of tertiary care Hospital. The case sheets of the patients were reviewed for gastro protective drugs prescription and relevant data was taken. A Validated Frequency Scale for the Symptoms of GERD Questionnaire (FSSG) having 12 items for gastrointestinal symptoms was used for evaluating symptoms score for assessing gastrointestinal symptoms of patients and efficacy of anti-ulcer agents. Results: Pantoprazole was prescribed in majority of cases 68.5% followed by Ranitidine (31.5%). The incidence of polypharmacy was high, average number of drugs per prescription was 6.35. Only 36% prescriptions had an adequate indication for these drugs. 33% patients had gastrointestinal symptoms (FSSG score) >8, whereas average total FSSG score of all patients was 6.35 Antimicrobials and NSAIDS were the most common drugs used concomitantly. It was inappropriately prescribed with NSAIDs in 90% patients and in 53.5% patients with antimicrobial agents. There were 21 prescriptions in which there was possibility of drug interactions. Conclusion: Inappropriate use of PPI remains common in hospital practice. The risks associated with long-term use of PPI like interference with vitamin B12 absorption, increased risk of super-infections, osteoporosis must be weighed against the benefits.

The World Health Organization (WHO) defines drug utilization research as “the marketing, distribution, prescription and use of drugs in a society, with special emphasis on the resulting medical, social, and economic consequences [1].” Drug utilization research studies conducted in the inpatient settings are effective tools that help in evaluating the drug prescribing trends, efficiency of hospital formularies.

Gastro protective drugs are a group of drugs that cause pronounced suppression and long-lasting reduction of gastric acid production. One out of four prescriptions in OPD/IPD contains an anti-secretory agent [2]. The development of powerful acid suppressing drugs, e.g., H2 antagonists, Proton Pump Inhibitors, Cytoprotective drugs and Prostaglandin Analogues has revolutionized the management of acid related upper gastrointestinal problems. The use of these drugs has been extended to other diseases and symptoms such as non-ulcer dyspepsia, heartburn, prevention of side effects of the other drugs. Recently there has been an alarming concern over the injudicious use of many drugs worldwide. Amongst them, important ones are Antimicrobials, Corticosteroids, Analgesics, Antacids, Acid reducing agents, vitamins and use of many irrational drug combinations [3].

Indeed, Anti secretory drugs overuse is common and this is evident across all specialties, particularly in those that commonly prescribe antiplatelet agents, non-steroidal anti-inflammatory drugs (NSAIDs), steroids and anticoagulation medications [2].

Stomach acidity should not be considered always as a major problem that needs to be neutralized by the use of antacids. Stomach acidity is a natural process which helps in the digestion of proteins. It protects our body from germs in water and food and it also helps in the growth of friendly intestinal flora. As a result of this, it is essential that no immediate treatment needs to be given when there is acidity. Medications should be provided only when the stomach acidity becomes unbearable. Altering the body’s natural acid balance has adverse consequences.

Inspite of the above mentioned concerns with anti-secretory drugs; they have become one of the most commonly prescribed medicines worldwide. A recent hospital-based study revealed that 63% of the patients had no valid indication for PPIs resulting in significant increase in expenditure [9].

The significance of rational use of drugs can be described by WHO definition which states that rational use of drugs require that, patients receive medications appropriate to their clinical needs in doses that meet their own individual requirement for an adequate period of time at lowest cost to them and their community [10]. Drug use studies may contribute to define a balanced risk/benefit ratio in community medication. Hence in this present scenario, where the use of antisecretory agents are overwhelming, the present study is planned to assess the clinical need and percentage of different prescribed antisecretory drugs and compare the observed pattern of anti-secretory drugs use with the current guidelines. The other objective of study was to revealed extent of polypharmacy in the prescriptions as well as contributing factors to gastrointestinal symptoms of patients and assess efficacy of anti-secretory agents.

It was a prospective observational drug utilization study carried out at the tertiary care hospital after approved by Institutional ethics committee (Ref: SKNMC/Ethics/App/2016/141). The study was conducted for period of two months with the sample size of 200. After obtaining the written informed consent of the patients more than 18 years admitted in the medicine, orthopaedic, surgery and obstetrics and gynaecology wards and who were prescribed anti-secretory drugs were included in the study. Data was collected on the case report sheet and patients were interviewed for the FSSG questionnaire on the first day of admission and after seven days of the follow up.

Frequency Scale for the Symptoms of GERD (FSSG) questionnaire was used to assess severity of gastrointestinal symptoms. This questionnaire is specific to GERD, which contains 12 questions consisting of seven questions for reflux score and five questions to score the dysmotility. FSSG score>8 was considered to be significant for gastric symptoms [11].

Results were expressed in percentage and the observed pattern of antipeptic ulcer drug use was screened in accordance with the current recommendations and guidelines.

In the study we found that out of 200 prescriptions 104 were of males and remaining of females. The anti-secretory medications were prescribed highest in the age group of 18-39 yrs (106 out of 200), and 75% of the patients were of mixed diet [Table 1].

Use of anti-secretory drugs with NSAID and Antimicrobials was found the highest indications which were followed by the antimicrobials, NSAIDS, Acute gastritis and GERD [Table 2].

FSSG scores showed changes in pre post scoring in all the departments. Average pre FSSG score found to be 6.35 while the post score was decreased to 1.87 [Table 3].

Out of 200 only 36% (72 prescriptions) had associated risk factors. Most common risk factor observed for using Anti-secretory with NSAIDs was FSSG score more than 8 [Table 4].

Table 5: Rating of indications and results of use of gastro-protective agents

The most common drugs that are prescribed in India include the proton pump inhibitors,[12] we observed similar results. The present study shows that among selected patients, 65% of the prescriptions were of PPI during their hospital stay followed by ranitidine (30.5%). This results are similar to pervious study done by Ramirez et al. who reported use of PPI range from 28.65% to 82.65% and Sandozi T who reported that use of PPI in hospitalized patients is 45% [13,14].

It was found that pantoprazole was the most frequently prescribed drug in surgery, medicine and the orthopaedics ward, (127 prescriptions out of 150) Ranitidine was mostly prescribed in Gynaecology department, (47 out of 50) Ranitidine is well established drug with better safety profile during pregnancy [15]. This may be the reason of higher use of ranitidine in gynaecology ward. The use of PPI was more in males in comparison to the females which are the similar results that were found out by pervious study by Mayet and Nousheen et al [16,17].

PPI has proved to be very safe and well tolerated drugs with little short term adverse effect. This may be the reason overutilization of PPI over the past years. But many of the indications are outside the current prescribing guidelines [18,19]. CDSCO publication National formulary of india-2011[20] gave indications for the use of PPI as benign gastric and duodenal ulcers, zollingers ellison syndrome, gastric acid reduction during the surgery, GERD, NSAIDS induced ulcers, prophylaxis during NSAID treatment in patients with high risk for peptic ulceration, as preoperative medication, eradication of H. pylori, systemic mastoctyosis and in patients not responsive to H2 blockers.

The study found that in only 72 (36%) patients, there were adequate documented indications which included NSAIDs/Aspirin in high risk patients (20) and Acid peptic disease symptoms (52) as shown in Tables 4 and 5. But majority (64%) use didn’t come under this indication and found to be unreasonable. The similar result was seen in the study by Patel, only 37.31% prescriptions had adequate well documented indication for these drugs [9].

Interestingly we found out that only 45 patients have significant/ present with gastrointestinal symptoms FSSS score more than eight (excluding patients Diagnosed with GERD/Gastritis) assessed by FSSG questionnaire. The average score of FSSG in all patients was 6.35 which don’t required anti-secretory drugs. Only patients from Medicine department score is higher 13.58 as this includes patient with Acute gastritis, GERD, Acute liver disease etc. which have high baseline score. In other three departments average FSSG score is less than 6. As shown in previous study conducted by Nousheen et al. they had used Reflux Disease Diagnostic Questionnaire (RDQ) which indicate that only 12% patient had significant symptoms [17].

Thought should be given while prescribing PPI/anti-secretory drugs in these patients considering their long term adverse effects. If needed, step up approach should be preferred with minimal dose and once daily administration.

Major indication for prescribing PPI was concomitantly along with NSAIDs and Antimicrobial agents. There are guidelines that evaluate the use of anti-secretory drugs with NSAIDS. The risk factors that were evaluated for use of anti-secretory drugs with the NSAIDS were Age>65, present GI symptoms (FSSG>8), diagnosed cases of GERD/ gastritis and concomitant steroids/anticoagulant/antiplatelets. It was found that out of 200, 128 patients had no risk factors and hence no indications were there for gastro protection [Tables 4 and 5]. The most common risk factor for using anti-secretory drug with NSAID was patients with gastrointestinal symptoms (FSSG score>8) present only in 45 patients. Studies by Kumar et al. and Raghavendra have reported high incidence of co-prescription of PPI with NSAID but they have not used any parameter to assess gastrointestinal symptoms [21,22].

The other common concomitant drugs used with PPI were Antimicrobial agents. Patients on proton pump inhibitors are susceptible to colonization of pathogens which can lead to bacterial gastroenteritis and also there is higher risk of development of infection by Clostridium difficle (antibiotic associated diarrhoea)[7,23]. There are no any recommendation or guidelines regarding use of PPI along with Antimicrobial agent.

Drug interactions are mostly likely to occur as there is acid suppression. The gastric pH is altered which alters pharmacokinetics of many drugs. Most possible reaction when anti-secretory drugs are prescribed with aspirin, Vit B12 and calcium supplement [24]. In our study the anticipated drug interaction was highest in the case of vitamin B12 and PPI (in 11 patients). These interactions can be prevented by giving the drugs at intervals of at least 2 hours. There is need to clearly mentioned this instruction on case paper. PPI absorption also requires the gastric to be low in the parietal cells and canaliculi for its activations. In our present study the PPI were prescribed with the Antacids in 8 prescriptions. This coadministration may alter the rate of absorption and bioavailability of drugs. There is also need to observe CYP 450 related interaction between PPIs and other drugs like Clopidogrel which may reduce the effectiveness of clopidogrel [25]. As this is drug utilisation study we were not able to comment on efficacy of anti-secretory drug as our study was non interventional and the duration and indication of therapy with PPIs varied in the patients.

We would like to thank Dr. Radha Yegnanarayan, Prof and Head of Department of Pharmacology for her support and guidance.