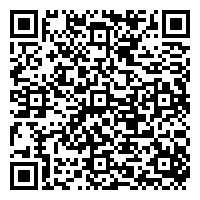 The objective of the study was to evaluate the effectiveness of midazolam premedication in attenuating the psychic sequelae of ketamine dissociative anaesthe-sia. Sixty patients undergoing various short surgical and urological procedures were taken in the study. All patients were premedicated with midazolam (0.05mg/kg i.v) five minutes before ketamine induction (1mg/kg i.v). The excitatory phenomenon, emergence delirium, occurrence of unpleasant dreams and patient acceptability of ketamine anaesthesia were recorded. Out of 60 patients studied, 15% had excitatory effects, 8% had mild delirium and 3% patients had unpleasant dreams in post op-erative period. Patient acceptability of ketamine anaesthesia was 100%. Hence from the study it was concluded that, midazolam premedication is effective in attenuating ketamine psychic sequelae.

Ketamine is an excellent intravenous anaesthetic. Since its discovery, ketamine is very popular among anaesthesiologists for short surgical procedures. But ketamine induction causes a high incidence of excitatory phenomenon, emergence delirium and unpleasant post operative dreams [1]. These can be distressing to the patients, nursing personnel and patient’s relatives. Their occurrence has made it an unacceptable form of anaesthesia in adults, except when there is a specific indication for its use.

Many adjuvants to ketamine anaesthesia have been investigated in reducing the incidence of these sequelae [2]. Benzodiazepines have been found most satisfactory as adjuvatns in decreasing the emergence problems [3,4]. Various benzodiazepines like lorazepam [5,9] diazepam [6,9], flunitrazepam [7,9] have been investigated as adjuvants in ketamine anaesthesia. Studies with these benzodiazepines have reduced the incidence of psychic sequelae, but had some of the drawbacks such as, more prolonged impairment of mental activity & amnesia with flunitrazepam, slower onset of action & delay in recovery with lorazepam and higher incidence of unpleasant dreams with diazepam [9]. Midazolam is a water soluble, short acting benzodiazepine. Studies done on midazolam are very few and have given promising results [6,8]. So the present study has been taken to investigate the role of midazolam in reducing the incidence of ketamine psychic sequelae and also to investigate its advantages if any over other benzodiazepines.

The duration of surgery was equal to or less than 40 minutes in all the cases. Only the patients with American Society of Anesthesiologists (ASA) Grade I and II were included in the study. Patients with a previous history of hypertension, hyperthyroidism or psychiatric disorder were excluded. The patients were explained about the anaesthetic technique and informed written consent was taken. The study was approved by the Institutional Ethical Committee. Ethical consideration precluded the study of a control (no premedication) group. Therefore the study was compared with the available data [5].

All the patients were premedicated with inj. Atropine 0.6 mg i.v. 30 minutes before surgery and inj. midazolam 0.05 mg/kg i.v 5 minutes before induction by ketamine. All the patients were connected to pulse oxymeter and continuous monitoring of respiration, oxygen saturation, pulse rate, electrocardiogram (ECG) and blood pressure were recorded in the case record form. Basal values of pulse and blood pressure were recorded before premedication. Initial induction dose of ketamine 1 mg/kg i.v was given over one minute. As soon as surgical anaesthesia was established i.e, appearance of nystagmus, surgical procedure was allowed to begin. All patients breathed 67% Nitrous oxide + 33% Oxygen through Boyle’s machine.

Surgical anaesthesia was maintained with intermittent doses of 0.25 mg/kg of ketamine when the patients showed movements during surgery. Intra operatively blood pressure, heart rate, excitatory phenomena (tremors, involuntary movements and hypertonus), duration of surgical procedure and other manifestations such as breath holding, excessive salivation etc. were recorded throughout the surgery in all the cases [9].

Post operatively the patients were observed for at least 30 minutes in a quiet recovery room. Pulse, blood pressure and respiration were monitored once in 10 minutes. Recovery time from the last dose of ketamine was recorded, once the patient opened eyes. Patients were observed for other manifestations such as emergence delirium, nausea, vomiting and retching. Emergence delirium was classed as mild and severe. Patients with manifestations such as, purposeless movements and hallucinatory movements were classed into mild emergence delirium. Th ose with screaming, violent involuntary movement which were disturbing to the attendants or other patients were classed as severe. Once the patient fully regained consciousness they were shifted to the post operative ward from the recovery room.

At a visit made about 6 hours and 24 hours after operation, patient’s attendants were questioned about the occurrence of emergence delirium and patients were questioned about the occurrence of dreams which were grouped as pleasant or unpleasant according to their content. During this period subjective responses were noted. Also the patients were asked, if in the event of their requiring another surgical procedure, whether they would be happy to have the same anaesthetic technique.

The data was expressed as mean ± S.D (standard deviation). The significance level on the incidence of excitatory phenomenon and emergence delirium were analysed using ‘Chi-square test’. A, P value of <0.05 was considered statistically significant.

The details of the patient’s age, weight, drug doses are given in Table 1. The type of surgical procedure done is given in the Table 2. The five ‘other’ cases were bone nibbling, polypectomy, fistula closure, secondary suturing and needle aspiration.

The Table 3 summaries the relevant findings of the present study and compares it wiThearlier study with ketamine alone [5]. Midazolam premedication did have some obvious effect on the occurrence of emergence phenomenon and unpleasant dreams of ketamine. But did not have significant effects (P<0.5) on the occurrence of excitatory effects of ketamine. Induction was smooth in all cases with no excitatory phenomenon observed during induction. It was necessary to give a supplement dose of ketamine in most of the cases. No cases of ‘unacceptable’ anaesthesia were there (anaesthetic conditions making surgery difficult or impossible like severe hypertonus, severe involuntary movements, or sustained rise in systolic or diastolic pressure of 30+mmHg, or heart rate above 120bpm) [9]. Only 9 cases had mild excitatory effect during the anaesthesia (tremors, invoulantary movements), but was not a problem for surgical procedure (15%, X2-2.1; P<0.5). The preoperative administration of midazolam virtually abolished the occurrence of severe emergence delirium following ketamine, but mild delirium occurred occasionally (8%, X2-23.87; P<0.001). Likewise the occurrence of unpleasant dreams in the immediate postoperative period was significantly reduced (3%). The most important finding was the universal patient acceptance of ketamine anaesthesia with midazolam premedication.

Ketamine is a racemeic mixture containing equal parts of S-(+) and S-(-) ketamine [10]. Ketamine induction produces undesirable psychic sequelae. Actual neurochemical basis for emergence is still unknown, but different neurochemicals and receptors have been implicated for its occurrence viz. N-methyl-D-aspartate (NMDA), opiates, dopamine, acetylcholine..etc. The incidence of excitatory phenomenon and emergence delirium were variously reported as between 15 to 55% without depressant premedication [3,11]. Various drugs have been tried as premedicants to prevent or to reduce the incidence of these undesirable sequelae viz. diazepam, flunitrazepam, lorazepam, droperidol, fentanyl, pentobarbitone, promethazine..etc, with various success rates [9,12-14]. Among these ketamine with benzodiazepines is advantageous because of the compensatory pharmacodynamic effects of benzodiazepines in producing muscle relaxation, anxiolysis, central sedation and in attenuating the emergence sequelae and cardiostimulation of ketamine [8,15].

In our study midazolam premedication has reduced the incidence of excitatory effects of ketamine during anaesthesia. The incidence is much lower than with the study done on other benzodiazepines viz. diazepam, lorazepam, flunitrazepam by Lilburn et al [9] and another study conducted by J.W Dundee and J.K Lilburn on various routes of lorazepam [5] (Table.4).

•NR – Data not recorded in the previous study

Also the drawbacks of other benzodiazepines such as, more prolonged impairment of mental activity and amnesia with flunitrazepam, slower onset of action and delay in recovery with lorazepam and more incidence of unpleasant dreams with diazepam [9] was not observed with midazolam.

In conclusion, midazolam is a effective premedicant in reducing the psychic sequelae of ketamine anaesthesia and it is a better premedicant when compared to other benzodiazepines.

I wish to sincerely thank to all the staff’s and postgraduates of the department of Pharmacology, Anaesthesia and Urology of Vijayanagara Institute of Medical Sciences, Bellary for their kind co-operation during the study and also to the staff’s of the department of pharmacology of S.V.S Medical college, Mahabubnagar for their constant guidance in preparing the manuscript.