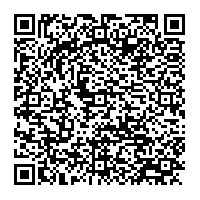 Background: Lower respiratory tract infections (LRTI’s) are the most frequent infections among patients in intensive care units. The consequences of increased drug resistance are far reaching since bacterial infection of the lower respiratory tract (LRT) is a major cause of death from infectious disease. Objective: The study was conducted with the aim of determining the bacterial etiology of LRTI in the neuro intensive care unit (NICU) as well as to update the clinicians with the various antimicrobial alternatives available in the treatment of LRTI. Subjects and Methods: The study was conducted for the period of 3 years from January 2010 to December 2012 in the Microbiology Department of a Teaching Tertiary Care Hospital. The LRT specimens from 230 patients admitted in a NICU during the study period were processed. Following culture, the isolated organisms were identiôÂÂÂÂÂÂÂÂÂÂÂÂied and antimicrobial sensitivity was performed by standard methods. Results: Out of the 230 LRT specimens evaluated, 198 (86.08%) were culture positive. A total of 254 pathogens were recovered with a predominance of Gram-negative isolates (n = 243; 96.05%) Pseudomonas aeruginosa was the most dominant pathogen followed by Klebsiella pneumoniae. Alarmingly high percentage of extended spectrum beta-lactamase and methicillin resistant Staphylococcus aureus isolates were detected. The resistance to cephalosporins, aminoglycosides and carbapenem were remarkable. Conclusions: Therefore, we can conclude that for effective management of LRTI’s, an ultimate and detailed bacteriological diagnosis and susceptible testing is required to overcome global problem of antibiotic resistance.

Lower respiratory tract infections (LRTI) are the most common bacterial infections among patients in neurological intensive care units (NICUs), occurring in 10-25% of all intensive care unit (ICU) patients and resulting in high overall mortality, which may range from 22% to 71%. Infection and antibiotic resistance are important public health issues. [1-4] One of the major problems world-wide is the increase in antibiotic resistant strains of bacteria, mainly in hospitals and also in the community, which has proved difficult to control without considerable resources and expenditure. [5] The incidence and associated mortality due to LRTI can be influenced by several factors including characteristics of the population at risk, standard of the health-care facilities available, immunosuppressive drugs, inappropriate antibiotic therapy, distribution of causative agents and prevalence of antimicrobial resistance. Highly resistant strains of Gram-negative bacilli (GNB) continue to spread in hospitals causing therapeutic problems in many parts of the world, particularly in developing countries and where isolation facilities for patients with resistant organisms are often inadequate. In developing countries, acute respiratory infection is the leading cause of morbidity and mortality in critically ill patients. [6,7] In almost all cases, eradication of causative agents requires initiation of antimicrobial therapy before obtaining culture report. However, during the last few years, the increase in antibiotic resistance has compromised the selection of empirical treatment. [8] Information on various lower respiratory tract (LRT) bacterial pathogens and their antibiotic resistance patterns in hospitalized patients is inadequate in our country. Hence, the aim of this study was to determine the antimicrobial resistance profile among microorganisms isolated from patients with ICU-acquired respiratory infections, with a futuristic approach toward developing antibiotic policies in association with the clinicians. [7]

The present study was conducted in the Microbiology Department of a Teaching Tertiary Care Hospital during January 2010 to December 2012. The LRT samples (sputum, suction tip, endotracheal, bronchial aspirate and pleural fluid) were obtained from the patients revealing acute respiratory symptoms, admitted in the NICU of the same hospital. The samples were collected aseptically and processed immediately following collection.

Single or mixed growth (two or more than two isolates per specimen) isolated from all the eligible consecutive samples were identified by observing the colony characteristics on the blood agar, MacConkey agar plates and biochemical reactions using standard microbiological methods. [9,10] Isolates from repeat culture of previously recruited patients and isolates identified as commensals or contaminants were excluded. The bacterial isolates were subjected to susceptibility testing by standard Kirby Bauer disc diffusion methods. [11] The susceptibility patterns of the bacterial pathogens were determined following the panel of antimicrobial agents as recommended by Clinical Laboratory Standard Institute (CLSI) -2010. Zone diameter was measured in millimeters and interpreted as per CLSI guidelines. [12] The identification of the bacterial isolates up to species level and their antimicrobial susceptibilities were also confirmed using Vitek 2 compact (BioMérieux, France) The entire testing was done under strict quality control and American Type Culture Collection (ATCC) strains were used as control strains.

The present study has been sent to the ethical committee of our institute for approval.

Out of the culture positives, all 198 (100%) specimens showed bacterial isolates while one specimen (0.5%) showed growth of Candida species also. High rates of resistance to cephalosporins (75.38%) were demonstrated by all the Gram-negative bacteria. The susceptibility rates for carbapenem were 75.13% followed by amikacin (71.05%) and Gentamicin (60.45%). The percentage susceptibility of S. aureus and Streptococcus spp. towards vancomycin was 100% and 76%, while that for linezolid was 100% and 72.6% respectively [Table 1].

The main objective of this study was to investigate various isolates from LRTI patients in NICU and to determine the antimicrobial resistance pattern of bacteria against some commonly used antibiotics.

Ventilator associated respiratory infections continue to be a frequent and fatal complication in critically ill patients with mortality ranging from 40% to 80%. [13]

The National Nosocomial Infections Surveillance (NNIS) of the center for disease control of USA reports 60% of nosocomial pneumonias to be caused by aerobic GNB. We found GNB to be the predominant organism (96.04%) with low isolation of S. aureus. These results were similar to those obtained by Veena Kumari et al., Okesola and Ige and Goel et al. who found that GNB isolated was 92.2%, 93% and 97.4% respectively. [1,2,14]

Among GNB, P. aeruginosa (33.20%) was the most common isolate identical to the study made by Goel et al., the results being 35%. Similar results were also quoted by Jarvis and Martone, Gilligan, Jarlier et al. [1,15-18]

It was found that 13.91% of the specimens remained sterile on culture probably due to previous antibiotic therapy or being non-representative specimens. Advances in the medical and surgical manipulations and increase in their applications provide a suitable environment for nosocomial fungal infections. Though in the present study, Candida species was isolated in only one (0.5%) patient, the cases should not be overlooked in future. There was an overall preponderance of GNB among the LRT infection isolates with P.aeruginosa, K.pneumoniae and non-fermenting GNB as the common isolates as also confirmed from the studies made by Veena Kumari et al. (2007). [2]

Pneumonia is a frequent complication in patients admitted to the ICU. It is frequently polymicrobial with predominantly multi-drug resistant GNB such as P.aeruginosa, K.pneumoniae, non-fermenter GNB and Escherichia coli. Incidence of mixed bacterial infection in this study was 24.24% and this is consistent with the fact that the incidence of mixed infections does not usually exceed 30% as has observed in other series (de Roux et al. 2006). [19] However, the identification of polymicrobial infections is very important for treatment strategies and to avoid a false impression of critically resistant strains.

Antibiotic resistance is a major problem in ICU admitted patients. We noticed a high rate of resistance to cephalosporins among the various Gram-negative isolates. Similar observations were made by various reporters including Sofianou et al., Veena Kumari et al. and Goel et al. [1,2,20]

High rate of resistance at our center might be due to the selective influence of extensive usage of third generation cephalosporins. Carbapenems are frequently used as a last choice in treating serious infections caused by GNB’s. Our study showed 24.87% resistance towards carbapenem in accordance to observations made by Akhtar [21] that showed 26.1% resistance and Fatima et al. [15] that showed 24% resistance. This was in contrast to observations made by Gonlugur et al. [22] and Gladstone et al., [23] that comparatively showed lower rates of resistance toward carbapenem, whereas study done by Kucukates and Kocazeybek showed 100% sensitivity to carbapenem. [24] This finding suggests that carbapenem should be judiciously used in ventilated patients to prevent any further increase in resistance.

The resistance of some GNB to aminoglycosides to a longer extent to gentamicin than to amikacin has been well-recognized in many hospitals. In this study, the resistance of Gram negative isolates toward amikacin (28.95%) and gentamicin (39.55%), which is again alarming. The causes behind the emergence of such organisms have been a matter of speculation. Due to high rate of progression of resistance to amikacin, a strategy of limited and prudent use of antibiotics is urgently needed. [4] Aminoglycoside resistant strains are more common at sites with poor penetration of drugs.

S. aureus is known to be a common cause of nosocomial lung infection. In our study, MRSA accounted for 55.55% of nosocomial infections, which was equivalent to NNIS data (52.3%). [25]

No ESBL data for comparison was available as most of the authors did not concentrate on studies related to phenotypic ESBL detection.

We conclude that multidrug resistant Pseudomonas and Klebsiella are the most common etiological agents of LRTI’s in ICU. There is an alarmingly high rate of resistance to cephalosporins, beta lactam-beta lactamase inhibitors and carbapenem against predominant organism.

The increasing resistance to antibiotics by respiratory pathogens has complicated the use of empirical treatment with traditional agents [26] and a definitive bacteriological diagnosis and susceptibility testing would, therefore, be required for effective management of LRTI. [27]

Now it is well known that critically ill and elderly patients are at greater risk of contracting GNB-LRT infection. Antimicrobial resistance monitoring helps in optimization of antimicrobial therapy and is more important in the ICU’s as infection and antimicrobial consumption are significantly higher. [28]