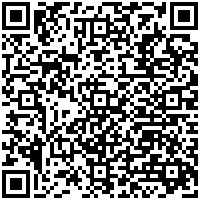 Knowledge regarding prescription of drugs among dental students: A descriptive study

Introduction: The act of indicating one or more drugs to be taken by the patient, its dosage, and the interval of the treatment is known as prescribing. It is a dynamic and individualized clinical process. Cultural, social, economic and promotional factors can influence the pattern of prescription. Thus the present study was conducted to evaluate the drug prescription knowledge in third year and final year dental students at Teerthanker Mahaveer Dental College and Research Centre, Moradabad, Uttar Pradesh, India. Methodology: A questionnaire consisting of 10 openâÂÂÂÂended questions was used in a study which was conducted among 170 male and female, third year and final year dental students of Teerthanker Mahaveer Dental College and Research Centre. Tables and graphs were used to represent data. Results: Pain was found to be the most important reason for prescribing medication. Diclofenac was found to be the most commonly prescribed NSAID. While amoxicillin was found to be the most widely prescribed antibiotic. Lack of knowledge about drug posology was the basic reason for error done by students. Maximum number of students gets their information for prescribing drugs from their professors. Maximum number of students was unacquainted about the WHO Guide to Good Prescribing. Conclusion: The knowledge of prescribing drugs is of utmost need for good dental practice and hence, it is essential to expand the knowledge related to pharmacological therapy and to know about the proper therapeutic guidelines. With the help of WHO Guide to Good Prescribing, and some educational programs students will develop better prescribing skills.

Drug therapy is the main tool that doctors have for influencing the health of their patients. As these drugs can offer great benefits to patients, they can also cause great harm. Prescribing is the primary intervention that most doctors offer to influence their patients’ health – whatever career medical graduates decide to pursue, most will have to remain ‘specialists’ in drug prescribing. [1] Most juni or doctors are unaware of the fact that prescribing errors may contribute to a significant rise in reported hospital adverse events and subsequent medico-legal problems. Unwise prescribing may assume several forms i.e., under, inappropriate, over, irrational and other prescribing errors. [2]

Prescribing is an individualized and dynamic clinical process. It is the act of indicating one or more drugs to be administered to or taken by the patient, drug dose, and the duration of the treatment. The prescription patterns may be influenced by social, cultural, economic, and/or promotional factors. [3] Improving the quality of dental prescriptions will reduce the risks for medication errors and will promote the rational use of pharmacotherapy, and patient safety. [4,5]

Rational drug prescription is defined as using the least number of drugs to obtain the best possible effect in the shortest period and at a reasonable cost. [6,7] Medical students and interns should be periodically assessed on prescribing knowledge and skills during their training as a means of minimizing prescribing errors. [8,9,10] A firm grounding in the principles of prescribing and therapeutics, an understanding of how drugs work, and a basic knowledge about commonly used drugs are essential for all medical graduates. [1] The most prescribed drugs in dentistry are the local anesthetics used during dental procedures, NSAIDs and antibiotics. Because of the characteristics of these drugs, it is mandatory to determine accurate doses and be aware of any adverse or toxic effects. [3] These drugs may cause harm to the patient if not prescribed properly. [11] Thus, knowledge of Pharmacology is most important component of undergraduate teaching curriculum where students learn about the art of prescription writing and different drug formulations. [2]

Hence, the present study was undertaken to assess the prescribing skill of third and final year student of bachelor of dental surgery (BDS) as the students starts their clinical work from third year onward.

The present cross sectional study was carried out to assess the knowledge related to drug prescription awareness using a self-administered questionnaire with ten open-ended questions. The questionnaire was semi-structured and pre-tested to check the validity.

Before the commencement of study, the protocol was approved by the Ethical clearance Committee of Teerthanker Mahaveer University, Moradabad.

Informed consent was taken from the participants before their participation in the study in order to prevent any inconvenience and to ensure full co-operation.

A self-administered questionnaire with ten open-ended questions was used to determine the knowledge related to drug prescription awareness among the dental students. The questionnaire was semi-structured and pre-tested to check the validity and reliability. The pre-testing of the questionnaire was done by running a pilot test on 30 students. Some of the questions were added, some of them were removed and some were reframed for the development of final questionnaire. The result of the pilot study was evaluated and a reliability coefficient (α) of 0.80 or more was considered adequate. The result of pilot study was not included in the main study.

For the main study rest of the 170 (both girls and boys) third year and final-year students were considered and the questionnaire was given to them. The study was conducted at the Teerthanker Mahaveer Dental College and Research Centre, Moradabad, Uttar Pradesh, India.

A total of 170 third year and final year students, both girls and boys participated in study [Table 1].

Table I: Number and percentages of answers given by students

To this question majority of respondents answered pain (50%) as the main reason for prescribing medication followed by infection (44.12%) and the rest 5.88% answered some other reason for which they prescribe self medication [Figure 1]. Maximum number of students (46.47%) prescribed Amoxicillin for majority of infections. Penicillin V, Ampicillin and Clindamycin was prescribed by 19.41%, 8.82%, 4.71% respectively [Figure 3]. Most common error during prescription Figure 4: Most common errors during prescription

36.47% students seek information for prescription from professor. Followed by 23.53% from Pharmacology course. 18.23% get information from classmates. Medical representative, Prescription books and no response were 11.77%, 8.82%, 1.18% respectively [Figure 5]. WHO Guide to Good Prescribing used Knowledge about dose of Drug Prescribed

55.88% of the students that they know about the dose to be given to the patient while 41.18% does not know and 2.94% students were unknown that doses of drugs also differ.

Frequency of Drug to be prescribed

59.41% of students answered that they know how many times the drug had to be prescribed while 38.82% doesnot know the frequency of drug to be given and 1.77% were unknown about the frequency.

Knowledge of Duration for which drug has to be prescribed

Knowledge about route of Drug Delivery

As per Dental Council of India, Students in their second year Bachelor of Dental Surgery attain pharmacology course that includes prescribing and knowledge regarding pharmacology and pharmacokinetics. It is the institution and the faculty responsibility to aware and educate students to become highly skilled in their professional practice. Students were not entirely answerable for prescribing as they prescribe under the guidance of seniors.

The most common health conditions treated in dental practice in the present study is pain which is in contrast with the study conducted by Guzmán-Álvarez et al. in which the most frequent reason for prescription is infection. Infection should always be treated as it leads to pain. To know the type and the origin of the pain appropriate diagnostic procedure should be used is very essential so that suitable treatment can be implemented. [3,12]

To be familiar with the pharmacokinetics and pharmacodynamics of all NSAIDs is the most essential aspect for their suitable use as well as the general properties that they share and the small differences between drugs. [12] Majority of students have the habit of prescribing diclofenac and paracetamol (36.47% and 32.35% respectively) which is in contrast with the previous studies in which ibuprofen was prescribed by maximum students. [3] Paracetamol can be prescribed alone but it has less anti-inflammatory properties. However, it is the only NSAID that possibly will be prescribed in amalgamation with other NSAIDs. [13,14] 13.53% of the students mentioned ketorolac as their first preference; Even though ketorolac is an exceptional analgesic, but it is not as efficient as an anti-inflammatory, it is potentially nephrotoxic as well as enormously irritates the stomach thus, it ought to be administered for not more than 5 days, and the patient be required to drink abundance of water to guard the kidneys. 1.77% and 7.06% of students prescribe Naproxen and aspirin which is in contrast with previous studies. [3,15]

Amoxicillin offset the result with 46.47%. since it is the first choice in dentistry so prescribed by maximum number of students (79) in dentistry. [17-22]

Wrong drug posology (50%) was the most frequent prescription error done by students which is in total agreement with previous studies. This is a serious issue, in view of the fact that it affects patient health and safety. Not knowing what to prescribe, Not knowing brand names, Improperly filled out prescriptions is a common problem and in addition compromises patient safety. without asking about patients allergies, wrong duration of administration will unquestionably lead to therapeutic failure and this could worsen the patient’s condition and may result in toxicity. [18] To avoid the problem of not knowing brand names, the WHO Guide to Good Prescribing recommends making a customized list including the essential drugs for each healthcare professional who prescribes drugs at the clinic. [19-21]

Most of the students (36.47%) gather their information for prescribing from their professors which is in agreement with previous study [3], To acquire information from professors is good as this is stage of the student’s development but it is enormously troubling that approximately 18.23% students still rely on their classmates for advice which is more than previous studies.

WHO Guide to good prescribing provides step by step guidance to the process of reasonable prescribing, together with many illustrative examples. It teaches skills that are necessary throughout a clinical career. This book can help the students as well as professionals to prescribe any medication. 57.65% of students were unknown with the WHO guidelines for prescribing which is tremendously more than previous studies while10% follow the indications whilst prescribing which again lesser than previous studies. [23-36]

In this field further studies have to be done to know the overall prescription writing skills of the students.

The knowledge of prescribing drugs is of utmost need for good dental practice and hence, it is essential to expand the knowledge related to pharmacological therapy and to know about the proper therapeutic guidelines. With the help of WHO Guide to Good Prescribing, and some educational programs students will develop better prescribing skills. Further studies are needed to decide on whether this issue affects the quality of patient care and the usefulness and safety of treatments.