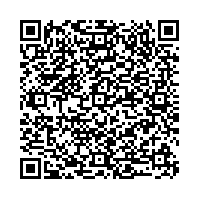 Knowledge and use of dietary supplements by students of College of Medicine, University of Lagos, Idi-Araba, Lagos, Nigeria

Bolajoko A. Aina*, Oluwayemisi A. Ojedokun
Department of Clinical Pharmacy and Biopharmacy, Faculty of Pharmacy, University of Lagos, Lagos, Nigeria.

Thromboembolic episodes are disorders encountered in both children and adults, but relatively more common in adults. However, the occurrence of venous thromboembolism and use of anticoagulants in pediatrics are increasing. Unfractionated Heparin (UH) is used as a treatment and prevention of thrombosis in adults and critically ill children. Heparin utilization in pediatric is limited by many factors and the most important ones are Heparin Induced Thrombocytopenia (HIT) and anaphylaxis. However, Low Molecular Weight Heparin (LMWH) appears to be an effective and safe alternative treatment. Hence, it is preferred over than UH due to favorable pharmacokinetic and side effect profile. Direct Thrombin Inhibitors (DTI) is a promising class over the other anticoagulants since it offers potential advantages. The aim of this review is to discuss the differences between adult and pediatric thromboembolism and to review the current anticoagulants in terms of pharmacological action, doses, drug reactions, pharmacokinetics, interactions, and parameters. This review also highlights the differences between old and new anticoagulant therapy in pediatrics.

It was the Nobel-laureate Linus Pauling that made a public claim in the 70’s that megadoses of at least 10 times the recommended dietary allowance (RDA) of ascorbic acid could prevent/cure the common cold, flu and cancer. [1] This claim, according to Camire and Kantor, may have stimulated the public interest in the use of vitamin supplements to enhance health. [2]

In their historical overview of the use of dietary supplements, Camire and Kantor also noted that the most common dietary supplements were multivitamin/mineral formulations containing varying percentages of the RDAs for those nutrients until the mid-1990s. [2]

The National Institute of Health’s Offices of Dietary Supplements has defined dietary supplements as products intended to supplement the diet and which contain one or more dietary ingredients (including vitamins, minerals, herbs or other botanicals, amino acids and other substances) or their constituents. [3]

The following are examples of dietary ingredients defined as dietary supplements by the DSHEA of 1994: [2,5]

Dietary supplements are now found in a much broader variety than before in supermarkets and national discount chain stores and are sold through mail order catalogues, television and the internet. Although some supplements such as prenatal vitamin/ mineral blends require a prescription, most do not and are readily available as over-the-counter (OTC) products. [2] People commonly take them to supplement diet, prevent illness, cure infection, reduce fever, heal wounds and treat diseases. [7]

The demands of physical growth in young people can only be met by a balanced intake of nutrients and a lack or excess of any nutrient may lead to health problems later. [8] The different life-styles of young people also contribute to their nutritional deficiency, e.g., smoking, which destroys certain vitamins in the body.

The study was carried out at the College of Medicine of the University of Lagos, Idi-Araba, Lagos.

A cross-sectional study targeting the whole population of study.

The study population was the final year students of various departments in the college of medicine irrespective of their ethnicity, background and socio-cultural belief. The departments include medicine, pharmacy, dentistry, pharmacology, physiotherapy, physiology and radiography.

Section B: Knowledge on dietary supplement use

Information obtained from respondents was held in strict confidence, hence names and other personal details were not asked for. Consent was sought from the students before being given the questionnaire.

Some students declined participating in the study and some did not completely fill the questionnaire to make it usable.

Majority of the respondents (65%) were in the age bracket of 21-25 years [Figure 1] and 47% of them were males while 53% were females [Figure 2]. According to their departments, 26% were medical students, 26% pharmacy students, 13% dental students, 9% pharmacology students, 9% physiotherapy students, 6% physiology and 8% radiography of the total respondents in this study. Most of the students were from the Yoruba tribe with 62%, 25% of them were from Igbo tribe, 8% from Hausa tribe and 3% from other tribes like Edo, Urhobo, Kalabari etc., Nearly 82% of the respondents are Christians while 16% are Muslims. Table 1: Knowledge and use of dietary supplements

Amongst the students who are dietary supplement users in the past 12 months, most of them (63%) were occasional or once in a while users. The reasons for use given by these students were majorly for good health (58%), poor diet (35%), to boost immunity (34%), weight gain (26%), energy (36%) and compliance to doctor’s prescription (16%).

Only 10% of the students reported that they experience side-effects when taking dietary supplement. Among those that reported side-effects 35.7% were for bulimia, gastrointestinal tract (GIT) effects (35.7%) such as nausea, vomiting, diarrhea, constipation, central nervous system (CNS) effects (21.4%) such as headache, dizziness and black stool (7.1%).

b. Cross tabulations to test for statistical significance

Table 3: Gender and factors related to dietary supplement use

OTC: Over-the-counter. *Significant The values are in percentages except for P value

Table 4: Department and factors related to dietary supplement use

The age bracket 21-25 which had the largest percentage of 65% was due to the limiting of this study only to final year students. There were more females than males that participated in this study. Most of the students were Christians and from the Yoruba tribe, this is probably due to the fact that the university is located in Yoruba speaking area of Nigeria.

The authors would like to thank the students at the College of Medicine, University of Lagos, Idi Araba Campus for responding to the questionnaires.