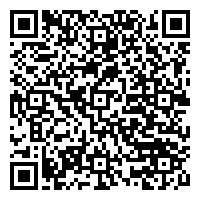 Drugs raise blood glucose concentrations via two broad mechanisms: By reducing insulin biosynthesis or secretion, or by reducing tissue sensitivity to insulin. Until date, there have been very few reported cases of isoniazid induced diabetes. We are presenting a case report of 6âyearâold child with isoniazid induced diabetes who was misdiagnosed initially as a case of type 1 diabetes mellitus. We hereby stress that before diagnosing a patient with diabetesâtype 1 or 2, a detailed history of drug intake for any such drugs, which can cause hyperglycemia has to be taken. Clear cut knowledge/cognizance of all such culprit drugs is therefore required.

Drug induced diabetes/worsening of hyperglycemia in previously diagnosed diabetic patients, is a problem recently recognized by the World Health Organization and American Diabetes Association. They define drug-induced diabetes as a separate etiologic category.[1] The diabetogenic properties of drugs are important for two main reasons. First, polypharmacy is a common necessity in managing patients with diabetes; clear understanding of the potential hyperglycemic effects of drugs is therefore helpful in anticipating and avoiding deterioration in glycemic control.[2,3] Second, various drugs can induce diabetes in previously normoglycemic individuals; this state is usually reversible and not insulin-dependent, but it can become permanent. Drugs can raise blood glucose concentrations through two broad mechanisms: By reducing insulin biosynthesis or secretion, or by reducing tissue sensitivity to insulin.[2,3] We are presenting a case report of 6-year-old female child with isoniazid induced diabetes (following pulmonary tuberculosis) that was previously misdiagnosed as type 1 diabetes.

A 6-year-old female child presented to our Outpatient Department for the evaluation of type 1 diabetes, she was the only child of family with no family history of diabetes, she weighed 18 kg, and her height was 115 cm. She was diagnosed as a case of sputum positive pulmonary tuberculosis 3 months back and started on anti-tubercular medication consisting of isoniazid, rifampicin, ethombutol, pyrinazamide, and streptomycin. She was on regular medication, and no other medication was prescribed besides the above mentioned drugs. After 2 months of anti-tubercular treatment, patient complained of polyuria, polyphagia, and polydipsia and during the routine evaluation, patient was found to have high blood sugar and she was diagnosed with type 1 diabetes mellitus by a local physician, she was put on biphasic insulin therapy by the same physician. But on taking detailed history we found out that she had never developed diabetic ketoacidosis.

Blood sugar levels of the patient at the time of presentation were: Prebreakfast −324 mg/dl, and Predinner −287 mg/dl.

The anthropometry showed no weight loss, normal weight for age and height for age, thereby indicating that the disease process was not chronic [Table 1].

Table 1: Summary of history/examination, investigations and response to treatment

Following the treatment modification (by withdrawal of isoniazid), patient’s glycemic control was achieved, her glycemic control is maintained till date, and presently patient is free from insulin therapy and she is on regular and close follow-up.

Many therapeutic drugs can predispose to/precipitate diabetes, especially in the presence of risk factors, and these can also deteriorate the control of preexisting diabetes. The cause of deterioration of glycemic control may be an increase in insulin resistance, change in insulin secretion, or both. These drugs are classified into the widely used weakly diabetogenic drugs like anti-hypertensives and statins, and the strongly diabetogenic drugs used for special indications like steroids, antipsychotics. A range of immunosuppressive agents, antibiotics can also cause hyperglycemia by their mechanism of action.

Among antibiotics, hyperglycemia is most consistently attributed to the fluoroquinolones.[3] Occasionally, isoniazid (INH) is also implicated in causing hyperglycemia by blocking specific steps of Krebs cycle requiring NAD+ and also by stimulating glucagon secretion.[4,5] Among patients using isoniazid, oral glucose tolerance test could show hyperglycemia in both diabetic and nondiabetic patients. Furthermore, the insulin requirement of diabetic patients may increase while on isoniazid treatment.[6]

Drug-induced or drug-associated hyperglycemia, irrespective of patient’s diabetic status, should be suspected in patients newly started or maintained on any of the drug categories shown in Table 2. This case report shows the diagnostic importance of drug induced diabetes, as it can be mislabeled as type 1 or type 2 due to lack of evidence/cognizance. Therefore, it is very important to exclude the drugs which can cause hyperglycemia as their side effect, and it is also very important to take a detailed history, anthropometry, and do the biochemical investigations accordingly.

Table 2: Drugs that cause or exacerbate hyperglycemia

We owe thanks to the patient and her relatives for having patience and their contribution to this undertaking.