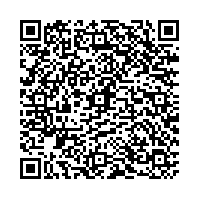 In-vitro effects of cadmium, chromium, manganese and zinc on the antimicrobial activity of chloramphenicol

The purpose of this study was to evaluate whether the optimum prepara-tions are used for the second-line eradication therapy for Helicobacter pylori (H. pylori) infection in Japan. In the therapy, commercial tablets, which have 250 mg of amoxicil-lin (AMX) and 250 mg of metronidazole (MTZ), are used as antibiotics. The evaluation was performed by dissolution tests and simulations for intragastric drug concentrations based on the dissolution data. The dissolution tests were performed using the paddle method of Japanese pharmacopoeia XV. The data obtained were used for the simula-tion of intragastric drug concentrations. In dissolution studies, the 100% dissolution time (T100%) of AMX from the tablet which was about 20 min was faster than that from AMX alone (about 6 h). T100% of MTZ from the tablet which was about 3 h was later than that from MTZ alone (about 30 min). In simulated intragastric concentrations, the time above minimum inhibitory concentration (MIC) of the AMX tablet was 6.6 h which was shorter than that of AMX (11.4 h). The Cmax of the MTZ tablet was 0.095 mg/ml which was lower than that of MTZ (0.190 mg/ml). However, AMX is a time-dependent antibiotic, longer duration above MIC is desirable. On the other hand, MTZ is a concentration-dependent antibiotic, higher Cmax is desirable. In conclusion, the commercial products are found to be not the best, and preparing an AMX pharmaceu-tical preparation with more sustained release characteristic and a MTZ preparation with more rapid release characteristic are considered to be very advantageous.

Gastric Helicobacter pylori (H. pylori) infection is associated with chronic (type B) gastritis and peptic ulcer [1-3]. H. pylori are often observed to adhere to the antral epithelium of the human stomach and gastric metaplasia in the duodenum. Gastric and duodenal ulcers are believed to develop as the result of damage to the gastric mucosa by cytotoxic substances (ammonia, cytotoxin, etc.) produced by H. pylori [4]. In developed countries, at least 20% of people younger than 20 years old and 50% of those older than 60 years old are infected [5]. In developing countries, the rate of infection is much higher, with a prevalence of 85% in northern Nigeria and 71-79% in other African countries [6]. Even if gastric and duodenal ulcers with H. pylori infection are treated, it will most likely cause the recurrence of the ulcers [7-9]. Therefore, the eradication of H. pylori is considered to be very important.

Therefore, we selected the commercial pharmaceutical preparations used in second-line therapy due to the increasing importance, and performed the simulation studies for the intragastric concentrations of the antibiotics, AMX and MTZ from the results of dissolution test. And we tried to evaluate whether they are optimal preparations or not.

Dissolution characteristics of AMX and MTZ, and those tablets were evaluated by the paddle method of Japanese pharmacopoeia (JP) XV at 50 rpm of paddle speed using JP XV apparatus. The media used were 900 ml of the first and the second fluids of JP XV (pH 1.2 and 6.8, respectively), and pH 4.0 buff- er solution, which were maintained at 37.0 ± 0.5°C. The buffer solution at pH 4.0 was made by mixing the first and the second fluids. The first fluid (pH 1.2) contains 2.0 g of NaCl and 7 ml of HCl in 1000 ml and the second fluid (pH 6.8) contains 250 ml of 0.2 M KH2PO4 and 118 ml of 0.2 M NaOH in 1000 ml. One milliliter of sample solution was taken at appropriate time intervals and assayed by HPLC. Fresh medium was added to replace the sample taken.

The Dissolution characteristics were determined for a 750 mg of AMX and 3 tablets of PST, and for a 250 mg of MTZ and a table of FLG.

Determination of AMX and MTZ by HPLC

The HPLC system consisted of a Shimadzu model LC-10AS pump, SIL-10A auto-injector, SPD-10A UV photometrical detector, and CTO-10A column oven equipped with a Shimadzu model SCL-10A system controller and C-R7A Chromatopac, all from Shimadzu Corporation (Kyoto, Japan). The chromatographic column was an YMC Pack AM312 ODS (150 × 6 mm, i. d.) obtained from YMC Co., Ltd. (Kyoto, Japan). The conditions for the flow rate, the wavelength for determination, and the temperature of the column were 1 mL/min, 254 nm, and 40°C, respectively. The mobile phase used for the determination of AMX and MTZ were acetonitrile-water, 1:19, V/V and 1:9, V/V. The retention times of AMX and MTZ were about 8.6 min and 4.9 min. The concentrations of AMX and MTZ were calculated using calibration curves for the antibiotics. The injection samples for HPLC were prepared by the following procedure: a 30 μl of sample solution was added to 270 μl of the second fluid of JP XV, and then mixed well. A 10 μl of the solution was injected to HPLC.

Drug concentrations in stomach were simulated as shown in Fig. 1, using equations (1), and (2) based on the result of dissolution test. Figure 1: An image of simulation about equation (1) and (2). tn is sampling time at n times (n is natural number), Cn is concentration at tn in the dissolution test, X’n is simulated intragastric quantity at tn.

where Xn is simulated intragastric quantity at tn and

where tn is sampling time at n times and n is natural number.

where Cn is concentration at tn in the dissolution test and C0 = 0.

Dissolution characteristics of AMX and MTZ The dissolution characteristics of AMX from a PST tablet and a 250 mg of AMX were confirmed to be almost same as the results in Fig. 2 (a) and (b) (data not shown). Figures 4 (a) and (b) show intragastric simulated concentrations of AMX from PST and itself, respectively. The point which y is 0.0001 mg/ml is the minimum inhibitor concentration (MIC) of AMX for the bacteria. Solid and dotted lines are intragastric simulated concentration obtained from dissolution test data at pH 6.8 and 4.0, respectively. AMX is time-dependent antibiotic, so an efficacy depends on a length of time above MIC (TAM). Therefore, TAM was calculated from the mean value of dissolution test data at pH 6.8 and 4.0. The TAM values of PST and AMX were 6.6 h and 11.4 h, respectively. The value of PST was about three-fifths compared with that of AMX. Figures 5 (a) and (b) show simulated intragastric concentrations of FLG and MTZ. MTZ is concentration- dependent antibiotic, so an efficacy depends on a height of maximum concentration (Cmax). Therefore, Cmax was calculated from the mean values of dissolution test data at pH 6.8 and 4.0. The values for FLG and MTZ were 0.095 mg/ml and 0.190 mg/ml, respectively. The Cmax of FLG was about a half compared with that of MTZ. It was found from our studies that the commercial products, both PST and FLG, were required to improve the drug release rate. In the case of PST, the simulated TAM value (about 6.6 h) was about three-fifths of AMX (11.4 h). The efficacy of AMX depends on a length of TAM. It was found that the efficacy of PST might be poorer than that of AMX. In the case of FLG, the simulated Cmax value (about 0.095 mg/ml) was a half of MTZ (about 0.190 mg/ml). The efficacy of MTZ depends on a value of Cmax. It was found that the efficacy of FLG might be poorer than that of MTZ. In addition, our intragastric simulated concentrations were almost same as the clinical data [14].

Consequently, for eradicating H. pylori, preparing more sustained release preparations of AMX and more rapid release preparation of MTZ are considered to be very advantageous in order to decrease doses and to increase the efficacy over the commercial products.