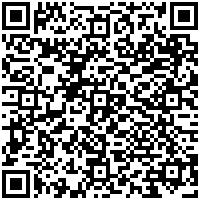 Nevus results from benign proliferation of the melanocytes. Granulomatous inflammation associated with nevus is an unusual presentation. It can be seen as a part of halo phenomena or associated with folliculitis. We present the case of a 22-year-old male patient who presented with a black mole over right eyebrow which was excised. Microscopically, it was diagnosed as Intradermal nevus with granulomatous inflammation and giant cell reaction. So, this case highlights this uncommon pathology.

The term nevus, literally meaning birthmark, is applied to any circumscribed growth of the skin of congenital nature. It is a localized benign abnormality of the melanocytic system. Melanocytic nevi are usually acquired and manifest by the age of 20 years. They are more common in the skin of head, neck and trunk.[1] Nevi are classified according to the histological location of nevus cells into Junctional, intradermal and compound nevi. We here report an unusual case of intradermal nevus with granulomatous inflammation and giant cell reaction.

A 22-year-old male patient presented with a black mole over right eyebrow measuring 0.5 × 0.5 cm from last one year. The patient was perfectly well with no history of any chronic illness. A surgical excision was performed for cosmetic reasons. Grossly, we received a partially skin covered soft tissue piece measuring 3 × 0.5 × 0.5 cm. The skin had a pedunculated black mole measuring 0.5 cm in diameter. Microscopic examination revealed normal appearing epidermis with the presence of small nests of melanocytes around the pilosebaceous units in the upper dermis. The deeper dermis showed the presence of granulomas with giant cell reaction and inflammatory infiltrate composed of lymphocytes and plasma cells. So, the diagnosis was given as Intradermal naevus with granulomatous inflammation and giant cell reaction [Figures 1 and 2]. 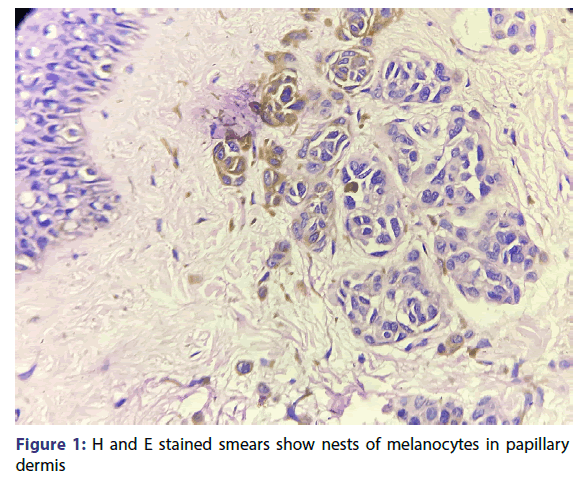 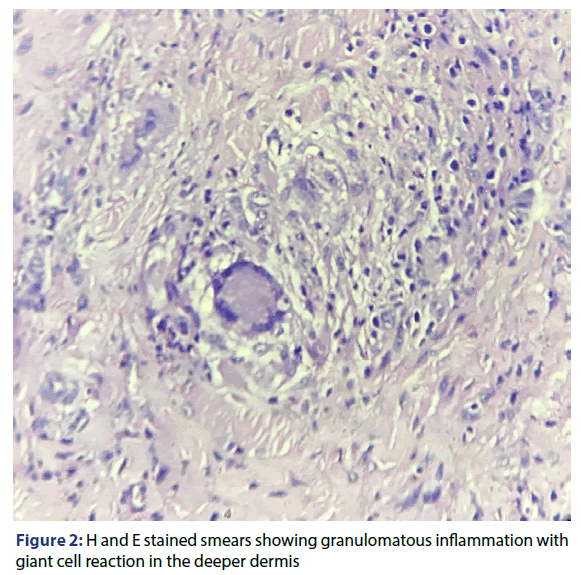 Nevus results from benign proliferation of the melanocytes. Intradermal nevus is the term given to nevus in which all the melanocytes are in the dermis. It is the common adult type of nevus. It may be papillomatous, pedunculated or flat. Granulomatous inflammation associated with nevus is an unusual presentation. It can be seen as a part of halo phenomena or associated with folliculitis.

The granulomatous inflammation as a part of halo phenomenon is seen in a nevus undergoing regression.[2] Nevus follows a predictable evolution which rarely gets deranged by spontaneous regression, activation or malignant transformation.[3] Halo nevus also called as leukoderma acquisitum centrifugum is described as a melanocytic nevus surrounded by a zone of depigmented skin.[4] Histologically it is characterized by a heavy infiltration of the nevus by lymphocytes and histiocytes and represents expression of the host immune response. Our current case had no halo phenomenon clinically but that may indicate initiation of regression.

The literature also says that foreign body type granulomas adjacent to benign intradermal naevi imply a foliculitis or ruptured epidermal cyst. Some authors found epidermal cysts, sufficiently large to permit a dual diagnosis, in 1% of benign naevi.[5-8] These epidermal cysts may develop secondary to the pressure of the nevus cells on the hair follicle causing its obstruction or secondary to strangulation of pilosebaceous follicle by the fibrosis associated with nevus maturation.

Currie described 10 naevi with granulomas deep in the dermis, usually associated with the bases of pilosebaceous follicles within the tumor and postulated that acute infection of the follicles within the mole resulted in acute inflammation with exposure of the hair shaft and stimulation of foreign body reaction.[8] Ossification has also been described in association with nevus. It is also suggested that reaction is due to trauma resulting from plucking of coarse hairs growing from the surface of the mole.

Granulomatous reaction with giant cells in a benign intradermal melanocytic nevus is an unusual pathological finding. So, this case report highlights this uncommon pathology and the importance of its association with benign nevus.