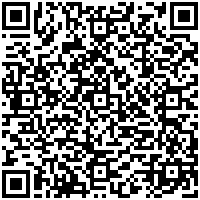 Reactive oxygen species (ROS), which consist of free radicals such as superoxide anion (O2·_) and hydroxyl (HO·) radicals and non-free radical species such as H2O2 and singled oxygen (O2), are different forms of activated oxygen [1,2,3]. ROS are produced by all aerobic organisms and can easily react with most biological molecules including proteins, lipids, lipoproteins and DNA. Thus, ample generation of ROS proceed to a variety of pathophysiological disorders such as arthritis, diabetes, inflammation, cancer and genotoxicity [4,5]. Therefore, living organisms possess a number of protective mechanisms against the oxidative stress and toxic effects of ROS.

Antioxidants regulate various oxidative reactions naturally occurring in tissues and are evaluated as a potential anti-aging agent. Hence, antioxidants can terminate or retard the oxidation process by scavenging free radicals, chelating free catalytic metals and also by acting as electron donors. Antioxidants have been widely used as food additives to provide protection from oxidative degradation of foods and oils. Hence, antioxidants are used to protect food quality mainly by the prevention of oxidative deterioration of constituents of lipids. The most extensive- ly used synthetic antioxidants are propylgallate (PG), butylated hydroxyanisole (BHA), butylated hydroxytoluene (BHT) and tert-butylhydroquinone (TBHQ) [6]. However BHT and BHA have been suspected of being responsible for liver damage and carcinogenesis [7-9]. Natural antioxidants are able to protect from ROS as well as other free radicals and retard the progress of many chronic diseases and lipid oxidative rancidity in foods [10-13].

Holarrhena antidysenterica Wall. (Apocynaceae), commonly known as “Kutaja”, is an important plant used in indigenous systems of medicine as remedy for bronchitis, hematuria, spermatorrhoea, epilepsy, asthma, piles, leprosy, eczema, diarrhea, fevers and jaundice [14,15]. The bark has been reported to possess astringent and antidiarrheal properties [16]. Leaves of the plant are used to cure scabies [17]. In addition, the leaves of H. antidysenterica have been reported to have antibacterial, anti-inflammatory and analgesic activity [18,19].

Nevertheless, there is as yet no report concerning the antioxidant effect of this plant. Our main objective is to determine the potential natural antioxidant source. However, the purpose of this particular study was to evaluate the in vitro antioxidant activities of methanol extract of H. antidysenterica.

Fresh material of plant in the flowering stage above 20 cm diameter at breast height were collected locally from Bhadra Wild Life Sanctuary, Karnataka (Southern India) in May 2006. The taxonomic identification of the plant was confirmed by Dr. Y. L. Ramachandra, Department of Biotechnology, Kuvempu University, Shankaraghatta (Voucher specimen number YLR204).

Freshly collected leaves of H. antidysenterica were shade-dried and then powdered using a mechanical grinder. 250 grams of pulverized leaf material were soaked in 750 ml of methanol (LR grade, Merck, India) and kept on a rotary shaker for 24 h. Each extract was filtered under vacuum through a Whatman No.1 filter paper and the process repeated until all soluble compounds had been extracted. Extraction was considered to be complete when the filtrate had a faint colour. The extracts were evaporated to dryness under reduced pressure using a Rotavapor (Buchi Flawil, Switzerland). A portion of the residue was subjected to screening for antioxidant activity.

Superoxide anion scavenging capacity of H. antidysenterica was assessed by the method of Nishikimi [20]. About 1 mL of reaction mixture contained 156 μM nitoblue tetrazolium in 100 mM phosphate buffer (pH 7.4), 468μM NADH in 100 mM phosphate buffer (pH 7.4) with 0.1 mL of extract (200μg to 1000μg as equivalents to tannic acid) in methanol were mixed. The reaction started by add- ing 100 μL of 60 μM phenazine methosulphate solution in 100mM phosphate buffer (pH 7.4) to the mixture. The reaction mixture was incubated at 25°C for 5 min, correspondingly blank contained all the reagents except extract of H.antidysenterica and the absorbance of oxidized product formazan was recorded at 560 nm. Decreased absorbance of the reaction mixture indicated increased superoxide anion scavenging activity. The percentage of super oxide anion scavenging was cal- culated as:

The ability of the extract of H.antidysenterica to scavenge the hydroxyl radical being generated by Fenton reaction Fe3+–ascorbate–EDTA–H2O2 system was performed by the method of Halliwell et al. [21] with minor changes. Freshly prepared 1.0ml of final reaction mixture containing 100μl of 28mM 2-deoxyribose in phosphate buffer (pH 7.4), 500μl of various concentrations of (100–500μg/ml) H.antidysenterica extract, 200μl of 200μM FeCl3 in 1.04mM EDTA (1:1, v/v), 100μl each of 1.0mM H2O2 and ascorbic acid, respectively. After 1hr of incubation at 37°C the free radical damage imposed on deoxyribose was measured as TBARS by the method of Ohkawa et al. [22] 1.0 ml thiobarbituric acid (1%) and 1.0ml of trichloro acetic acid (2.8%) were added to the test tubes and were incubated in boiling water bath for 20min. After cooling, absorbance was measured at 532nm against the blank containing deoxyribose and buffer. The percentage of hydroxyl radical scavenging was calculated as:

The Fe3+-reducing power was determined using the method described by Oyaizu [23]. Different concentrations (50–250μg as equivalents to tannic acid) of H.antidysenterica extract in 1ml of methanol were mixed with 2.5 ml of phosphate buffer (200mM, pH 6.6) and 2.5 ml of 1% potassium ferricyanide. The mixture was placed in a water bath for 20 min at 50°C, then cooled rapidly and mixed with 2.5 ml of 10% trichloroacetic acid. The resulting solution was centrifuged at 3000 rpm for 10 min. From the supernatant 2.5ml of fraction was mixed with 2.5ml of distilled water and 0.5 ml of 0.1% ferric chloride and the amount of iron(II)-ferricyanide complex could be determined by measuring the formation of Perl’s Prussian blue at 700 nm after 10 min. The higher absorbance of the reaction mixture indicates increased reducing power.

Total phenolic in the methanolic leaf extract of H.antidysenterica was determined according to the method of Shahidi and Naczk [24]. An amount of 0.25 ml aliquot of the prepared samples were mixed with 0.25 ml Folin-Ciocalteu reagent (previously diluted with water 1:1 (v/v)) and 0.5ml of saturated sodium carbon- ate (Na2CO3) solution and 4ml of deionized water. The mixtures were intensively shaken, left at room temperature for 25 min and centrifuged at 5000 rpm for 10 min. the supernatant absorbance was measured at 725 nm using spectrophotometer. The results were expressed as tannic acid equivalents in milligram per gram of the extract, using a standard curve generated with tannic acid and calculation was carried out by using an equation. The equation is given below:

The superoxide anion derived from dissolved oxygen by phenazine methosul- phate/NADH coupling reaction reduces nitro blue tetrazolium. The decrease in the absorbance at 560 nm with the plant extract thus indicates the consumption of superoxide anion in the reaction mixture. As depicted in Figure.1, the methanolic extract possesses the scavenging activity with efficacy of 50% inhibition at 500μg/ml as equivalents to tannic acid. To attack the substrate deoxyribose, hydroxyl radicals were generated by the reaction of Fe3+–EDTA together with H2O2 and ascorbic acid. When the plant extract was incubated with the above reaction mixture, it could prevent the damage against the sugar. The results are shown in Figure.2, the required concentration for 50% inhibition was found to be 285μg/ml as equivalents to tannic acid. Figure 3: Reductive ability of the methanolic extract from H.antidysenterica.

The total phenolic content of alcoholic extract of H.antidysenterica was expressed as 41.32 mg of tannic acid equivalents per gram of extract.

Free radicals have aroused significant interest among scientists in the past decade. Their broad range of effects in biological systems has drawn the attention of many experimental works. It has been proved that these mechanisms may be important in the pathogenesis of certain diseases and ageing. There are many reports that support the use of antioxidant supplementation in reducing the level of oxidative stress and in slowing or preventing the progress of complications associated with diseases [25]. Many synthetic antioxidant components have shown toxic and/or mutagenic effects, which have shifted the attention towards the naturally occur- ring antioxidants. Numerous plant constituents have proven to show free radical scavenging or antioxidant activity [26]. Flavonoids and other phenolic compounds (hydroxyl cinnamic derivatives, catechines, etc.) of plant origin have been reported as scavengers and inhibitors of lipid peroxidation [27].

This study suggested that the H. antidysenterica plant extract possess antioxidant activity, which might be helpful in preventing or slowing the progress of various oxidative stress- related diseases. Further investigation on the isolation and identification of antioxidant component(s) in the plant may lead to chemical entities with potential for clinical use.

The authors are grateful to Dr. H. Manjunatha, Department of PG Studies and Research in Biotechnology, KuvempuUniversity, Karnataka, India for his assistance in carrying out the research work.