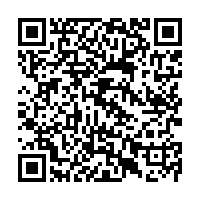 Hypersensitivity reactions with antiepileptic drugs (AEDs) are generally associated with aromatic AEDs. We present a case of hypersensitivity reactions followed by administration of phenytoin with diazepam and ranitidine in a patient with generalized tonicâÂÂclonic seizures. AntigenâÂÂantibody reactions or decreased levels of epoxide hydrolase are well known with phenytoin. Increased level of serum phenytoin causing toxicities due to competitive inhibition with diazepam on coâÂÂadministration was also reported in the literature. Prevention of the adverse effects with AEDs is a multiâÂÂstage process, which requires implementation of preventive measures through careful monitoring and prompts interventions.

Hypersensitivity reactions associated with antiepileptic drugs (AEDs) are seen with aromatic anticonvulsants such as phenytoin, phenobarbital, valproic acid.[1] Phenytoin is widely used for the management of generalized tonic‑clonic seizure (GTCS). Phenytoin presents dose‑related adverse drug reactions (ADRs) due to its narrow therapeutic index and variability among individual patients.[2] Manifestations of any type of ADRs due to phenytoin are followed by switching to other nonreacting AEDs.[3‑5] Hypersensitivity reactions with phenytoin are estimated somewhere between 1 in 1000 worldwide, but the exact incidence is unknown.[1] The following case illustrates how phenytoin has induced hypersensitivity reaction when administered with diazepam and ranitidine.

A 49‑year‑old man was presented to Emergency Department of Secondary Care Hospital in Ootacamund of Tamil Nadu state in India on July 27th, 2014 with complaints of muscular jerks and diagnosed with GTCS. His past medication history revealed that he was on valproic acid 58 mg and sodium valproate 135 mg orally 3 times a day for treating GTCS 20 years back, which he subsequently discontinued. Currently, the patient was not on any AEDs. The patient denied use of any nonprescription medications, alcohol consumption, and smoking in recent times and reported of having mouth ulcer due to his pan eating habits.

On admission, the patient was semiconscious, and his blood pressure was 90/80 mmHg, pulse rate of 72/min and heart rate 110 beats/min. His abdomen was soft and nondistended with no tenderness or hepatic splenomegaly. No focal deficits were appreciated on neurological examination. His lab investigations were: White blood cell 10.2 × 103 mm3, red blood cell 5.29 × 106/mm3, hemoglobin 15.7 g/dl, erythrocyte sedimentation rate, 5 mm/1st in hour, platelets count 234 × 103 mm3, serum creatinine 1.3 mg/dl, blood urea 40 mg/dl, bilirubin (total 5 mg/dl, direct 0.3 mg/dl, indirect 0.2 mg/dl), and found to be with normal limits. On day 1, the patient was administered with injection phenytoin 100 mg twice daily, tablet diazepam 5 mg twice daily for the management of seizure disorder and injection ranitidine 50 mg twice daily to protect his stomach. On the evening of day 3, the patient became febrile to 40.2°C (104.4°F) and developed diffuse erythematous skin rash with bullae on the legs and hands [Figures 1 and 2]. This was noticed by a research scholar, and preceptor and physician were informed. Injection phenytoin and tablet diazepam were discontinued immediately, and tablet oxcarbazepine 300 mg a day was added with prednisolone 100 mg tablet by mouth 2 times a daily. Metronidazole 200 mg tablet every 8 h was added to the regimen when the patient complained of diarrhea, which continued for next 2 days. To reduce mouth ulcer pain, tablet B complex (Vitamin B1‑2 mg, B2‑2 mg, B6‑0.5 mg, calcium ‑ 1 mg, and niacinamide ‑ 25 mg), choline salicylate ointment as a topical analgesic, and diclofenac 50 mg tablet 2 times daily was added along with tablet ranitidine 150 mg twice daily. Paracetamol 500 mg tablet 3 times daily was added to his treatment to lower his body temperature. This regimen was continued until patient’s discharge. No further attacks of seizures were reported, and patient’s condition was improved. On day 8, the patient was discharged with oxcarbazepine 300 mg tablet daily for 15 days and was scheduled for a follow‑up visit at the outpatient department. Figure 1: Diffuse erythematous skin rash with bullae on both legs The dermatological manifestations exhibited in this patient in the form of skin rashes, bullae and fever could be associated with hypersensitivity reaction with phenytoin. Phenytoin has a very narrow therapeutic index, and clinical symptoms exhibited by this patient are the hallmark of hypersensitivity reactions associated with phenytoin toxicity. Phenytoin toxicity is common in patients with serum phenytoin levels >20 µg/ml. Another possibility of this hypersensitivity could be as a result of the drug‑drug interaction between phenytoin, diazepam, and ranitidine, respectively.[6] The mechanism behind this hypersensitivity reaction can be attributed to phenytoin antigen‑antibody reactions or alteration of lymphocyte production. Decrease levels of epoxide hydrolase leads to increase in reactive epoxide metabolites concentrations, which is toxic. Its interaction with cellular macromolecules, functioning as haptens, further activates the immunologic reaction.[7] The presence of HLA‑B*1502 allele in Asian population is likely to exhibit Steven Johnson syndrome when administered phenytoin.[8] Generally, these reactions results in clinical manifestations that includes the sign of fever, rashes, lymphadenopathy, leukocytosis, and eosinophilia.[9] Patient also exhibits skin rashes diffuse erythematous with bullae and fever. In such situations, it’s necessary to evaluate cross‑reactivity among AEDs before any alternative AEDs can be started. The AEDs such as carbamazepine, valproic acid, phenytoin, and phenobarbital metabolizes through the same metabolic pathway and converted to reactive arene oxides, hence are not recommend to be used in patients, if they are hypersensitive to phenytoin.

Reports suggest that diazepam acts as a substrate to phenytoin and competitively inhibit phenytoin metabolism at CYP2C19 increasing phenytoin serum level.[6] This could be a possibility of increased serum phenytoin levels in this patient.

Use of ranitidine may be another reason of hypersensitivity reactions in this patient. Among H2 blockers, cimetidine is also known for its drug‑drug interaction with phenytoin.[10,11] Hypersensitivity reaction with ranitidine and phenytoin co‑administration is uncommon, even though few reports exist among a small subset of patients. Phenytoin’s interference with hepatic metabolism by binding to cytochrome P450 hepatic mixed function oxidase could be cited as a possible mechanism of this reaction.[5,12‑14]

Discontinuation of phenytoin is highly recommended in patient exhibiting hypersensitivity reactions. Patients should be immediately switched to other AEDs like oxcarbemazepine for management of their seizure disorder.

Physicians who regularly prescribe phenytoin need to be aware of hypersensitivity reaction and phenytoin induced drug‑drug interactions. Physicians should also pay attention to the existence of cross‑reactivity among aromatic anticonvulsant drugs such as phenytoin, carbamazepine, phenobarbitone, and lamotrigine. This case further illustrates that patients, who have had a hypersensitivity reaction to either one of these drugs, should avoid these drugs all together.