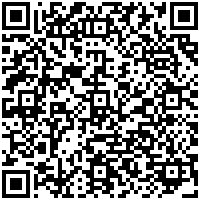 Acid phosphatases (ACPs) (EC 3.1.3.2, orthophosphoricmonoester phosphohydrolases) can catalyze a remarkable variety of challenging hydrolytic enzymes that occur in multiple molecular forms with lysosomes of cells from a variety of tissues. [1] ACP belongs to a group of enzymes that hydrolyze phosphomonoesters at acidic pH. It is an allergen produced from bee venom component that can release histamine and induce wheal and flare reactions in sensitized humans. The general reaction mechanism catalyzed by ACP was the hydrolysis of ester phosphate linkages of organophosphate compounds, resulting in the release of inorganic phosphate.

Phosphoric monoesters + Water → Alcohol + Phosphoric acid Periodontitis was a major serious chronic inflammatory disease that affects the formation of pro-inflammatory cytokines, and are elevated by bacteria-derived virulence aspects. Periodontitis arises from complex interactions between the host and 700 bacterial taxa in the subgingival microbiota. [2] Overexpression of these cytokines leads to destruction of soft cells, alveolar bone, inflamed gingival, lack of connection and other assisting components of the dentition eventually leading to tooth loss. [3] The increased prevalence and severity of periodontitis is simply due to the microbial challenge in the gingival tissues.

The increased susceptibility to infections in periodontitis was due to inflammation and destruction in the tooth-supporting tissues and destruction of alveolar bone. According to Clarke and Hirsch, [4] the personal, environmental and systemic factors and microbial challenge are the important factors, which affect inflammation and susceptibility to periodontitis. Smoking, diabetes, stress, neutrophil dysfunction, hyperlipidemia, oral hygiene, diet, alcohol etc., are some of the risk factors for periodontitis. [5] Periodontitis is associated with elevated systemic inflammatory markers and production of several lysosomal enzymes. Damaged cells of periodontal gingival tissues can cause a discharge of lysosomal enzymes, with the destruction of the nearby tissue. Previous studies have also revealed the early diagnosis of tissue degradation of periodontal disease using several enzymes. [6,7]

The study on the structural and immunological work on ACPs in the periodontal tissue was demonstrated by Takimoto et al. [8] Enzyme ACP has been associated with bone resorption and a high activity was observed in the osteoclasts of bones. ACP is a lysosomal enzyme, similar in physical structure, levels of glycosylation, and amino acid sequence and has high activity in bone resorbing cells such as Osteoclast and macrophages. Numerous reports have investigated the physiological function and found that ACP have been less widely distributed to the plasmalemma and intracellular membrane, and be involved in transporting inorganic phosphate in and out. [9]

Now-a-days, gingival tissues ACP is used in studies directed toward understanding periodontal diseases. The enzymes ACP in lysosomes could have histochemical localization in specific membrane-bound organelles the lysosomes. However, the pathogenesis of periodontitis remains obscure in spite of all the research efforts that have been made. Therefore, the study aimed to determine the ACP activity in the healthy and periodontitis subjects gingival tissues.

There were 58 participants ranged from 24 to 45 (mean, 34) years. Subjects were divided into two groups as group I and group II. Patients who does not show any periodontal signs and symptoms and those with <8 teeth was excluded from the study. The final sample comprised a total of 30 subjects of which 15 periodontitis subjects (9 males and 6 females) were included in group II and 15 healthy individuals (7 males and 8 females) in group I. The assessment of group II patients was done based on the following evaluation parameters: Probing depth (PD) and clinical attachment level (CAL). Group I subjects are selected in the generalized population. Group II subjects for the studies were enrolled from the outpatients attending Department of Periodontology and Oral Implantology, SRM Dental College, India. The University Institutional Ethics Committee approved the study. All participants provided informed consent prior to participation in the study.

As an initial examination, all subjects completed a detailed questionnaire and the basic clinical history, and demographic data were recorded. The clinical assessment for periodontitis subjects included examination of gingiva, intra-oral examination-number of teeth present and missing, pathological migration, and PD. The periodontal status was examined using a William’s probe on two sites on each tooth by a trained Periodontist of SRM Dental College, Department of Periodontology, Chennai - 600 089. The healthy controls were not on any kind of prescribed medication or dietary restrictions.

Patients with CAL ≥4 mm and periodontal pocket depth (PPD) ≥5 mm, at least 2 teeth in each quadrant with the condition of 20 teeth in all the subjects were categorized in group II. Potential subjects were screened for exclusion criteria, such as antibiotic for dental treatment, uncontrolled systemic diseases, pregnancy or women currently breast-feeding, periodontal treatment 7 months before the beginning of the study. Data and personal information related to medical and dental histories of the subjects were obtained from patient’s responses to the questionnaire.

Preparation of the tissue sample

Gingival tissue samples from 15 periodontitis patients were obtained during the periodontal flap surgery and 15 healthy gingival tissues from those undergoing other forms of oral surgery. Tissues were thoroughly rinsed in saline water and were free from blood and saliva. The samples were homogenized at a concentration of 2% weight per volume in 0.1 M phosphate buffer having pH 6.0 along with 2 mM ethylenediaminetetraacetic acid and 0.2% v/v Triton X-100. The homogenates were centrifuged in a cooling centrifuge (REMI, C 24 BL, Rajendra Electrical industries Ltd., Remi instruments division, Thane, India) and the supernatants are used for the analysis.

Acid phosphatase level was determined using disodium phenyl phosphate as substrate described by Gutman and Gutman. [10] The sample solution is incubated at 37°C for 1 h, and the reaction was stopped by adding 10% trichloroacetic acid. The resulting precipitate is removed, and the concentration of ACP was determined in a spectrophotometer (SL 159, ELICO, model 1231/2008) at 280 nm against the reagent blank. This difference in extinction was used as a measure of enzyme activity. The ACP enzyme unit was expressed in micromoles of substrate liberated per minute/milligram in gingival tissues.

The demographic and clinical parameter of the study group I (Control healthy individuals) and group II (Periodontitis) was shown in Table 1. There were highly statistical differences in the means of body mass index, and systolic blood pressure among the two groups. As expected the mean levels of periodontal probing depth (PPD) and CAL, were significantly >4 mm in periodontitis subjects when compared to control. To confirm that the study subjects are

Table 1: Demographic and clinical data of the study groups

not diabetic, fasting blood glucose (FBG) was estimated, and the results of FBG in group II does not show any significant difference with the control group I. Table 2: Pearson’s correlation between ACP with the studied parameters in the control and periodontitis group

Acid phosphatase is an intracellular enzyme present in most of the tissues and is an indicator of increased cellular damage in the soft tissues of the periodontium and inflamed gingival tissues. Clinical and microbiological studies have identified the increased activity of ACP might be a consequence of destructive processes in alveolar bone and are associated with the advanced stages of development of periodontal disease. In this study, the levels of ACP enzyme in the gingival tissue correlates with the severity of periodontitis. When a periodontal tissue becomes diseased, these intracellular enzymes are increasingly released into the gingival crevicular fluid (GCF), saliva, and serum where their activity can be measured.

Various studies have shown that ACP, which is an important marker of phagocytic activity in professional phagocytes and present in neutrophils. The presence of desquamated epithelial cells, macrophages and several bacteria, including Actinobacillus, Capnocytophaga, Tannerella forsythia, Prevotella intermedia, Porphyromonas gingivalis, and Veillonella, also produce this enzyme and has been shown to be a useful indicator of active sites of periodontal disease and clinical attachment loss. [11] Plenty of the microbial bacterium expresses several putative virulence factors, including a leukotoxin that is believed to be one mechanism used by the bacterium to evade host immune responses. [12] The host and bacteria in the periodontal microflora liberate proteolytic enzymes like ACP.

The increased levels of ACP in periodontitis (group II) were more likely to be associated with the metabolic disorder. Phagocytosis of particles by human neutrophils results in the release of lysosomal enzymes, generation of active-oxygen species, and enhanced glucose oxidation and lactate production. The polymorphonuclear leucocytes release cytokines into the tissues; if continual, these cells discharge various enzymes that break down tissues. It provides an opportunity to explore the mechanisms underlying the development of periodontitis, once the periodontal pocket forms and becomes filled with bacteria. However, periodontal inflammation does influence the periodontal health.

As the inflammation develops, alterations in the redox potential of the local environment and increased GCF flow favor the growth of the predominantly anaerobic pathogenic species that are associated with advanced periodontitis. [13] As a result of increased periodontal inflammation, an elevated ACP level has been observed in the gingival tissues of periodontitis subjects. Structural and immunological works on ACP have demonstrated that many of these enzymes are similar in physical structure, levels of glycosylation, and amino acid sequence. Another reported feature of ACPs is their nonselective ability to hydrolyze a variety of organophosphate compounds. The increased activity might be a result of destructive processes in alveolar bone in advanced stages of periodontal disease.

Studies focusing on substrate specificity of ACPs indicate that many of these enzymes have a broad and nonspecific hydrolytic capability. Protein phosphorylation plays a crucial role in the regulation of many biochemical processes, including the regulation of metabolism and signal transduction. The phosphorylation levels are controlled by the balancing actions of kinases and phosphatases. The crucial role played by phosphatases was usually mediated by the recognition of pathogens through a set of germ line-encoded receptors. Several types of cells from the oral cavity express some toll-like receptors (TLRs) along with other molecular pattern innate immune receptors. Indeed, oral epithelial cells constitutively express TLR2, TLR4, nod-like receptors. [14]

The level of expression of TLR2 and TLR4 mRNAs in gingival tissues has been found to be increased with severity of the periodontal disease, as it was higher in gingival tissues from patients with chronic periodontitis than in gingival tissues from patients with gingivitis or from healthy controls. The human gingival fibroblasts express elevated levels TLR2 and TLR4 during inflammation. It has been shown that this recognition is mediated mainly through TLRs, [15] which are stimulated by different microbial stimuli [16] and to the up-regulation of co-stimulatory molecules. [17] Therefore, TLRs also play a role in linking the innate and adaptive immune responses. [18]

The higher TLR expression was found to be higher in the connective tissue within the periodontitis group compared with a healthy group. [19] For inflammatory disease, the periodontal gingival tissue becomes diseased due to the presence microbial pathogens. Formation of pathological periodontal pockets is associated with chronic gingivitis that, when neglected, may proceed to chronic periodontitis. The pathological pocket provides space for various harmful bacteria that have been suggested to play a role in the perpetuation of inflammation and subsequent tissue injury. [20]

The host inflammatory reactions to bacterial challenge seem to play a predominant role in increasing the ACP level, mediating periodontal tissue damage. Periodontal bacteria may exacerbate periodontitis through enhanced proinflammatory effects because they cause chronic activation of the innate immune system. It play a major role in the fibroblasts that are also endowed with innate immune receptors, such as TLRs and are capable of producing inflammatory cytokines; [15,21] thus it can participate actively with recruited inflammatory cells in the inflammatory process associated with periodontal disease.

The present study has certain limitations, such as the data collection was confined to only with 30 gingival tissues samples. This sample is only a very small proportion of the entire population. Therefore, the research activity must be performed with larger sample size to ensure appropriate findings of the study.

The author would like to thank the Management, SRM University, Dr. P. Theagarayan, Professor, Department of Periodontology, and Dr. S. Nirmala, Professor and Head, Department of Biochemistry, SRM Dental College, Ramapuram, Chennai, India, for supporting the work and for providing laboratory facilities.