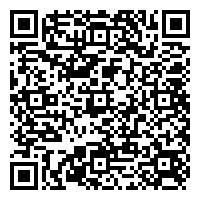 It is essential to use genomics-driven drug discovery to accelerate the creation of new therapeutic targets. However, the paradigm for drug development based on data from Genome-Wide Association Studies (GWASs), particularly for cross-population GWAS meta-analysis, has not yet been developed. The three approaches included in the drug discovery framework were used to treat the 13 main illnesses that GBMI (Global Biobank Meta-analysis Initiative) was aiming to target. Drugs and drug targets were thoroughly verified by reference to previously established drug-disease associations, which were complementary ranked by individual approaches. Integration of the three methodologies provided a comprehensive catalogue of candidate drugs for repositioning, nominating promising drug candidates targeting the genes involved in the coagulation process for venous thromboembolism as well as the gout signalling pathways, interleukin-4 and interleukin-13. Using cross-population meta-analyses, we identified key factors for successful genomics-driven drug discovery. Efficient screening of novel therapeutic targets is critical for accelerating drug discovery. Despite enormous effort to develop novel drugs, the overall success rate of clinical application has been decreasing due to significant increases in both cost and duration. One of the promising solutions is genomic-driven drug discovery, because drug targets with human genetic support are more likely to succeed in clinical development. Rare- variant studies for Mendelian diseases, in particular, have resulted in drug development, such as PSCK9 inhibitors for low-density lipoprotein cholesterol. Genome-Wide Association Studies (GWAS) have provided valuable opportunities for drug discovery in common diseases. Nonetheless, drug discovery based on GWAS remains difficult. There are few bioinformatics tools that directly prioritise candidate drugs, and there are no practical guidelines for conducting genomics-driven drug discovery.

For genomics-driven drug discovery, a large number of GWAS loci were required, particularly for the overlap enrichment analysis and negative correlation tests. Global biobank collaborations, such as GBMI, have the potential to increase the power of genetic association studies in detecting novel GWAS signals by incorporating diverse populations with large sample sizes, as well as to facilitate genomics- driven drug discovery. Notably, our framework successfully nominated drug candidates and target genes, particularly for VTE, which had the fifth-most GWAS loci among the 13 diseases. Other than the number of GWAS loci, there may be other factors that are important for the success of VTE drug discovery. Among traits with a large number of loci, VTE had the lowest polygenicity, which could help in identifying disease- relevant genes. The VTE GWAS genes were mostly concentrated in the coagulation cascade. Drugs targeting coagulation factors have been actively developed, and these drugs may be promising candidates for repositioning to coagulation disorders other than the disease for which they were originally developed.