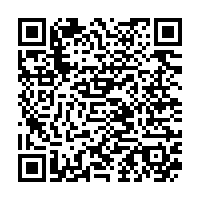 Oxidation is a vital process in human which enables the transformation of nutrients such as carbohydrate, protein and fat into energy. During this normal metabolic process, reactive oxygen species (ROS) are generated as a by-product. Highly reactive, unstable and partially reduced oxygen derivatives such as superoxide radicals (O2•—), hydroxyl radicals (•OH), hydrogen peroxide (H2O2), and singlet oxygen (1O2) are known as reactive oxygen species (ROS). At low-level ROS are crucial for various physiological processes and act as secondary messengers. ROS at high concentrations may exert harmful effects cellular components such as DNA mutations, lipids peroxidation of membrane lipids and membrane protein damage. The variation between the creation of ROS and antioxidant defense capacity of the body is known as oxidative stress. Oxidative stress is responsible for causing several diseases such as cancer, atherosclerosis, cardiovascular disease, diabetes, metabolic disorders. Antioxidants donate electrons to stabilize reactive oxygen species to prevent cell and tissue damage. Endogenous antioxidants and exogenous antioxidants are two known types of antioxidants. The human body makes endogenous antioxidants which play an important role at low concentrations by scavenging the free radicals to keep maximum cellular functions. However, in case of oxidative stress, these endogenous antioxidants are found to be insufficient to protect the body from the harmful effect of reactive oxygen species. Diet or dietary supplements may be required as exogenous antioxidants to maintain optimal cellular function. Nowadays, the industry which is responsible for producing food uses several synthetic antioxidants that have shown carcinogenicity. As a result, there is an urgency to search for antioxidants from natural sources. Recently, consumption of mushrooms has increased greatly since they are high in carbohydrate, protein, fibre, essential amino acids and vitamins while low in fat, cholesterol, sodium and calories. In Asian culture, the mushrooms have been used traditionally as a source of home remedy from long ago due to the presence of biologically active compounds to protect the body from various oxidative stress induced diseases. Several scientific reports have reported the medicinal properties of mushrooms including free radical scavenging, antioxidant, immunomodulating, antitumor, antidiabetic, antihypercholesterolemia, antibacterial and antiviral effects. Hence, the aim of this study was the evaluation of phytochemicals and the antioxidant potential of the wild mushrooms found in the campus of the University of Chittagong.