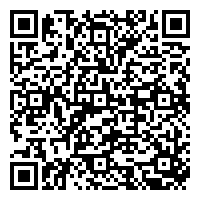 Emergence of extensively drug resistant tuberculosis (XDR-TB) has been reported by more than 55 countries. XDR-TB is considered as untreatable and highly fatal disease. In developing countries like India, number of cases of multi-drug resist-ant tuberculosis (MDR-TB) and XDR-TB are increasing. Emergence of resistance to Isoniazid and Rifampicin, the two most effective and well tolerated agents, coupled with resistance to second line agents pose limited treatment options for XDR-TB. The present minireview provides information about the seriousness of XDR-TB and the drugs available for its treatment. Although considered a fatal disorder, judicious use of combination of drugs, retaining their antimycobacterial activity, can improve the clinical outcome of XDR-TB. Only such an approach can provide some hope for the patients of XDR-TB.

Tuberculosis remains a worldwide public health problem despite the fact that the causative organism was discovered more than 100 years ago and highly effective drugs and vaccines are made available. According to 13th annual report of the World Health Organization (WHO), published on world TB day March 24, 2009, an estimation of 9.27 million new case of tuberculosis worldwide, is on record [1]. Around 22 high burden countries collectively account for 80% of the global tuberculosis burden. Highest prevalence in India, with 2.0 million cases is of serious medical concern, in which 1,31,000 cases are of MDR-TB [2]. Almost 10-19% of cases of MDR-TB progress to XDR-TB [3]. A report of an outbreak of XDR tuberculosis in 53 HIV positive patients in South Africa claiming the lives of 52, has been a warning for the global tuberculosis community of the dangers of allowing drug resistance to flourish [4]. Emergence of XDRTB reflects a failure to implement the measures recommended in WHO’s STOP TB strategy.

By the end of 2008, 55 countries have reported the cases of XDR tuberculosis. In the meeting of countries of high burden of MDR or XDR tuberculosis, it was forecasted to achieve the target set out in the global plan to STOP TB. Treatment of 1.4 million cases of MDR and XDR tuberculosis will be required in 27 countries with highest burden, between 2009 and 2015. In higher burden regions, the proportion of MDR tuberculosis cases may 1 to 14% of which XDR may be as high as 21% [2]. Global death rate for 2008 was 20 per 100,000 population and in 2007, it was 27 per 100,000 population [5]. Although, XDR tuberculosis is referred as untreatable and fatal mycobacterial infection, aggressive clinical management may greatly improve the outcome of the disease, which provides hope to many infected patients of XDR-TB. XDR-TB if not treated aggressively is rapidly fatal in HIV infected patients.

Tuberculosis remains a leading cause of death from infectious diseases second only to HIV/AIDS [7]. In MDR-TB, Mycobacterium tuberculosis is resistant to Isoniazid and Rifampicin, two of the most effective fi rst line antitubercular drugs. To address the issue of MDR-TB the Revised National Tuberculosis Control Programme (RNTCP), initiated by the Govt. of India, has implemented the DOTS plus strategy. The goal of DOTS plus is to prevent further development and spread of MDR-TB. As per the DOTS plus policy, the diagnosis of MDR-TB will be made at the Intermediate Reference Laboratories (ILRs) accredited to perform culture and drug sensitivity testing (DST). Treatment will be initiated at the designated DOTS plus sites. DOTS plus sites shall have qualified staff available to manage the patients using category IV regimen, consisting of second line drugs, given under direct observation (DOT) and standardized follow up protocols including ambulatory DOT after initial short period of in-patient care to stabilize the patient on second line drug regimen. MDR-TB which is resistant to Isoniazid and Rifampicin, the backbone of fi rst line treatment, is more difficult and costly to treat. XDR-TB, a subgroup of MDR-TB is an even greater threat to control the disease [4].

*Since in patients with MDR-TB a successful outcome is independently associated with absence of previous treatment with fluroquinolones. Regimen for the treatment of XDR-TB should include fluroquinolones [1]. A recent report of double blind randomized controlled phase II trial is that Moxifloxacin substituted for Ethambutol significantly improves 8 week culture status and cures patients in 3-4 months rather than 6 months. This prompts us to include Moxifloxacin in management of XDR-TB [17].
**http://dev.tbsouthafrica.org (USAID – Tuberculosis Project South Africa)
A: Inhibit mycobacterial cell wall synthesis.
B: Inhibit protein synthesis.
C: Inhibits DNA gyrase.
D: Inhibits nucleic acid synthesis.

Mycobacterium tuberculosis, an aerobic acid fact bacilli is the primary cause of tuberculosis. High lipid content of this pathogen accounts for many of its unique clinical characteristics. Other strains could be responsible for XDR TB: M. tuberculosis complex includes four other TB-causing mycobacteria: M. bovis, M. africanum, M. canetti and M. microti [10].

Although failure of DOTS plus management at different levels may contribute to the emergence of XDR-TB, other causes are also contributory. The unfortunate patient may suffer from primary infection with strain of XDR-TB [6], a mixed infection or reinfection with resistant strain while on fi rst line therapy [12,13], or nosocomial transmission, a well described mode of acquisition of drug resistant tuberculosis in HIV positive patients [13]. Unregulated use of second line drugs can also lead to XDR-TB. Inappropriate use of antimycobacterial agents provide mycobacteria, a new opportunity to develop an additional resistance [1].

Exposure to fluroquinolones and injectable antimycobaterial or both for the treatment of bacterial infection may contribute to evolution of resistance to these agents in patients of undiagnosed or inadequately treated tuberculosis.

Drug-resistant TB (MDR or XDR) is more common in people who:

• Do not take their TB medicine regularly

• Do not take all of their TB medicines as advised by health personnels.

• Develop active TB disease again, after having taken TB medicine in the past

• Have spent time with someone known to have drug-resistant TB disease.

Other risk factors include:

• Persons with chronic renal failure who are on hemodialysis gastrectomy with attendant weight loss and malabsorption, jejunoileal bypass, renal and cardiac transplantation, carcinoma of the head or neck, and other neoplasms (e.g., lung cancer, lymphoma, and leukemia) [10].

Symptoms of XDR-TB are no different from ordinary or drug-susceptible TB: a cough with thick, cloudy mucus (or sputum), sometimes with blood, for more than 2 weeks; fever, chills, and night sweats; fatigue and muscle weakness; weight loss; and in some cases shortness of breath and chest pain. Symptoms of tuberculosis in other parts of the body depend on the area affected. A person with these symptoms does not necessarily have XDR-TB, but they should have thorough investigation. TB patients whose symptoms do not improve after a few weeks of treatment with conventional therapy should inform their clinician or nurse [11].

There are three main aspects to be considered for the management of XDR-TB:

3. Management of HIV/AIDS in coinfected patients

Delay in the diagnosis of XDR-TB is the main obstacle to an effective treatment. Usually diagnosis of tuberculosis is based on smear microscopy and clinical criteria, without sputum culture and drug sensitivity testing. Culture and drug sensitivity testing is at present not possible for all the patients. Government of India has taken serious note of this and initiated the action by increasing the number of centers having these facilities, under RNTCP and STOP TB strategy.

Persistent cough and smear positive disease after two months or more of the therapy usually increase the possibility of MDR-TB or XDR-TB. In the context of DOTS, persistent smear positive disease after two months of therapy increases the likelihood of multidrug resistance, by factor of 12 and forms a well established indication for culture and drug sensitivity testing [14]. Conventional methods using liquid and solid medium take about 22 and 68 days respectively. Rapid diagnostic methods like microscopic observation drug susceptibility (MODS) assay, line probe assay, FAST Plaque-Response bacteriophage assay and the micro-colony method have high degree of concordance with drug susceptibility testing reduced the time to 7 days and 1-2 days respectively [15,16]. Current versions of rapid diagnostic tests however do not detect the resistance to fluroquinolones and injectable drugs. Rapid diagnostic methods, to detect the resistance of antitubercular drugs including fluroquinolones and injectable antitubercular agents, are urgently required to be developed.

Management of XDR-TB should consider the general guidelines given for DOTS plus, under RNTCP and STOP TB strategy by Government of India and WHO. Drug therapy for XDR-TB has to be individualized for a given patient considering culture and sensitivity report.

1. All drugs are given under direct observation.

2. Patients have to be admitted for intensive phase of 6-9 months and monitored for continuation phase of minimum 18 months.

3. Treatment must contain at least 5 drugs to which patients’ isolates are susceptible. First line agents with favorable sensitivity reports should be preferred over second line drugs. If 5 effective drugs are not available, physician should consider the drugs of no previous exposure or exposure of less than 30 days.

4. Duration of treatment should be at least 18 months for oral agents and of at least 8 months after culture conversion for injectable drugs.

5. If the regimen cannot contain 5 effective drugs, reinforcing strategy should be implemented. These are

A. Extending the duration of treatment with the injectable agent.

B. Extending the duration of whole regimen with the addition of other drugs. Added drugs include Rifabutin which have questionable activity against multidrug resistant tuberculosis.

6. All patients should have a monthly smear and culture performed.

7. Monthly clinical visits should be performed while the patient is taking injectable therapy.

Patients with localized disease respond well to 18 months of drug therapy after respective thoracic surgery [19]. In patients without conversion of sputum culture after 4 months, drug susceptibility testing should be done with reinforcement of regimen by addition or substitution of two agents that are likely to be effective. Adverse events of the drugs should be monitored and properly managed.

After completion of the treatment, patients should be followed and screened, clinically and bacteriologically for the recurrence of the disease

Presence of HIV/AIDS with XDR-TB is associated with further graver prognosis and increased fatality. Antiretroviral therapy has been associated with improved survival in patients coinfected with MDR mycobacteria. Since significantly higher rate of deaths among these patients has been observed, early initiation of antiretroviral therapy in coinfected patients is considered, regardless of CD4 count [8]. Since antiretroviral and antimycobacterial drugs have many overlapping adverse effects (neuropathy, nephrotoxicity, neuropsychiatric effects), choice of agents should be carefully decided for regimens. Monitoring of both tuberculosis and HIV infection and new illness is also essential [21].

Raise awareness and enhance strategies for TB prevention worldwide by

• Caring for people with XDR-TB in centers with proper ventilation, and minimizing contact with other patients (particularly those with HIV), especially in the early stages before treatment has had a chance to reduce the infectiousness.

Although XDR-TB is associated with fatal outcome, aggressive treatment with effective antitubercular agents can improve the clinical outcome. Use of rapid diagnostic methods and drug susceptibility test shall further prevent the spread and emergence of drug resistant tuberculosis. Mycobacterial ATP synthase inhibitors like diarylquinolones (TMC 207) are in the phase of clinical trials. Results of phase II controlled clinical trial establish the efficacy of TMC 207 against drug resistant tuberculosis and thus provide a new class of selective antimycobacterial agent.

The potential threat of XDR-TB can be managed by judicious use of combination of drugs retaining their antimycobacterial efficacy to improve patient care. Large scale clinical trials in HIV/AIDS coinfected patients of XDR-TB should be undertaken to evaluate the concurrent antiretroviral therapy with drug resistant antimycobacterial therapy.