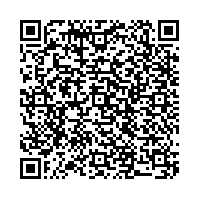 Hypertension was induced in male Sprague Dawley rats with twice weekly administration of deoxycorticosterone acetate (DOCA) salt (20 mg/kg s.c) for 4 weeks. They were divided into eight groups of six animals each viz., hypertensive control, standard (prazosin 1 mg/kg), cleistanthin A 12.5, 25, 50 mg/kg and cleistanthin B 12.5, 25 mg/kg, and 50 mg/kg. One more group served as normal control. The hypertension was induced in 4 weeks, and the animals were given assigned treatment in 5th week. The alteration in blood pressure (BP) was recorded weekly using a rodent noninvasive blood pressure system. At the end of the experiment alphaâÂÂadrenergic receptor response of drugs like adrenaline, nor adrenaline, dopamine (doses 1 µg and 2 µg) was recorded invasively. TwoâÂÂway repeated measures ANOVA followed by Bonferroni postâÂÂhoc test was used to analyze the data. The systolic BP and diastolic BP of test groups rose to a higher level after DOCA administration and fell to the normal range (P < 0.05) following the administration of cleistanthins A and B. There were no differences in the weekly heart rate among the groups. In the test group animals pretreated with prazosin and cleistanthins, adrenaline, noradrenaline and dopamine failed to raise the mean arterial pressure and the endâÂÂdiastolic pressure from baseline (P > 0.05) cleistanthins A and B exert a significant antihypertensive effect through alphaâÂÂadrenergic receptor blockade similar to prazosin.

Cleistanthins A and B are derived from the plant oduvan, Cleistanthus collinus, (Roxb.) Benth. ex Hook.f. a toxic plant which belongs to the family Euphorbiaceae.[1] The plant is widely distributed in southern, central part of India, and South-East Asia. It is consumed as a poison in the form of decoction and paste.[1,2] The patients who consumed the plant developed uncontrolled hypotension, arrhythmias, acute renal failure and electrocardiogram (ECG) changes.[3‑6] The other active principles in C. collinus leaves include diphyllin, collinusin and all the compounds are arylnaphthalene lignin lactones.[7‑13] More than 25 compounds are derived from the plant, but these two compounds are reported to be the major compounds. The compounds are evaluated for pharmacological activities like diuretic activity, anticancer activity, neuromuscular blocking property.[14‑20]

The study was approved by the Institutional Animal Ethics Committee. Healthy, adult, Sprague Dawley rats weighing 175-225 g were used for the study. The animals were housed in large, spacious, hygienic cages during the course of the experimental period. The animals were maintained under standard laboratory conditions, and they had 12 h day/night cycle with temperature (24-28°C).The standard rodent pellet feed supplied by Amrut laboratory animal feeds, Sangli (India) was used to feed them and water ad libitum. The animals were fasted for 12 h prior to the experiment with free access to only water.

Preparation of cleistanthins A and B

Cleistanthins A and B were insoluble in water and hence prepared as the suspension with 0.5% carboxy methyl cellulose (CMC) for oral administration in vivo and ex vivo experiments.

The animals were allowed to adapt the laboratory conditions for a week. One day prior to the experiment the animals were divided into nine different groups each containing six animals. Among the nine groups, one group served as a normal control. Hypertension was induced in other eight groups with twice weekly administration of DOCA salt (20 mg/kg s.c) for 4 weeks.[25] The alterations in the BP was recorded every week by rodent noninvasive blood pressure (tail cuff method) system. Hypertension was induced in 4 weeks, and when BP reached >140 mmHg, each group was assigned a specific treatment for 7 days in the 5th week. The groups include hypertensive control, standard treatment group (prazosin 1 mg/kg), cleistanthin A at doses of 12.5 mg/kg, 25 mg/kg, 50 mg/kg and cleistanthin B at doses of 12.5 mg/kg, 25 mg/kg, and 50 mg/kg. The LD50 doses of cleistanthins A and B are 1200 mg/kg and 1000 mg/kg respectively. The dose was calculated as per the Organization for Economic Co‑operation and Development guidelines 420 and 421. The dose selected for pharmacological evaluation is <1/10 of the toxic dose based on the dose determination.[14] The hypertensive control group was treated with the vehicle that is, CMC. At the end of the 5th week again the BP was measured noninvasively to monitor the BP change in response to the test drug.

At the end of the experiment invasive BP will be recorded to study the mechanism of action of cleistanthins A and B. The fasted male rats were anaesthetized using urethane (1200 mg/kg).[26] The femoral vein, trachea and carotid artery was cannulated. The femoral vein was used for administering the drugs, and the carotid cannulation was connected to a pressure transducer (data acquisition system AD instruments) for monitoring the changes in BP. The drugs used were adrenaline, nor adrenaline and dopamine at doses of 1 and 2 µg and the BP changes were monitored through carotid artery. The electrodes in the data acquisition system include positive, negative, reference electrodes, and they were connected to left foreleg, right foreleg and left thigh respectively.[27]

The three parameters measured using a noninvasive method include systolic BP, diastolic BP, and heart rate and the data on the parameters are presented in Tables 1‑3.

Table 1: Effect of cleistanthins A and B on the systolic BP in DOCA rats (noninvasive BP).

Table 2: Effect of cleistanthins A and B on the diastolic BP in DOCA rats (noninvasive BP).

Table 3: Effect of cleistanthins A and B on the heart rate in DOCA rats (noninvasive BP).

Table 3 shows that there were no significant alterations in the heart rate in all the groups throughout 5 weeks (P > 0.05).

The data on mean arterial pressure and end‑diastolic pressure are presented in Figures 1 and 2.

Figure 1: Effect of catecholamines on the mean pressure in cleistanthin treated rats (invasive blood pressure). Values are mean ? standard error of the mean. n = 6 in each group: **P < 0.05 when compared with normal and hypertensive control, ¶P < 0.05 when compared with other cleistanthin groups, #P < 0.05 baseline value versus other doses of drug within normal control, ##P < 0.05 baseline value versus other doses of the drug within hypertensive control group, Two-way repeated measures ANOVA followed by Bonferroni post-hoc test Electrocardiogram changes (data not shown): There was no significant difference among the groups in the ECG parameters before and after the administration of adrenaline, noradrenaline and dopamine.

It was reported that the patients who consumed C. collinus developed uncontrolled hypotension.[3] The hypotensive activity of the extract and the compounds was demonstrated in many animal studies. The individual phytoconstituents (cleistanthins A and B) also showed a dose‑dependent hypotensive effect after direct i.v. administration.[22] The present study differed from the earlier ones in that it demonstrated “antihypertensive” rather than “hypotensive” activity by virtue of the model selected for the present study. However, it failed to produce a dose‑dependent effect unlike the earlier study where the i.v. administration of the compounds elicited a dose‑dependent response. Though it is not possible to give a clear cut reason for the difference, selection of lower doses could have demonstrated the effect since cumulation of the compounds might have occurred in the body due to daily administration for 7 days.

In the present study, the compounds were administered orally for 1‑week, and a reduction in BP could be due to another factor apart from the alpha receptor blocking property. The compounds were reported to exert diuretic effect, and this could also have contributed to the reduction in BP.[14] Since we have not recorded the urine output in this study, the above explanation could remain as speculation only.

There were no significant changes in the weekly heart rate by noninvasive method [Table 3]. Jose et al. reported that cleistanthus at low doses causes tachycardia and at high doses causes arrhythmias, and cardiac arrest.[33] In the present study, the individual phytoconstituents didn’t show any effect on heart rate and this could be because the crude plant product contains a lot of compounds other than cleistanthins A and B and they might be responsible for the rise in the heart rate.

There were no significant ECG changes indicating that the compounds didn’t have much effect on the electrical activity of the heart. Various case reports on the C. collinus poisoning showed ECG changes like sinus tachycardia, sinus bradycardia, ST depression, T wave inversion, prolongation of QT interval in patients.[34‑36] The direct i.v. administration of the compound cleistanthin A showed a significant increase in RR interval, decrease in heart rate, increase in R amplitude, S amplitude, and ST height and decrease in T amplitude at a dose of 128 µg. Cleistanthin B on direct i.v. administration increased ST height, RR interval and decreased the heart rate.[22] The fact that no changes in ECG were observed in the present study could be attributed to the difference in bioavailability between i.v. and oral routes. It was reported by Maneksh et al. that no evidence of cardiotoxicty was found in rats when the crude extract was given, and the present study also show similar results.[37]

All the previous animal studies which demonstrated the hypotensive effect of either the crude extract or the individual constituents were performed on normal rats. One of the strengths of the present study is it demonstrates the antihypertensive effect of the compounds in DOCA salt model, which is used in the evaluation of antihypertensive agents. Estimation of the levels of cleistanthins in blood could have given a better idea of their bioavailability and pharmacokinetic parameters, which would have enabled us to correlate them with the pharmacodynamic effects. Complex assay procedure and lack of time precluded us from including estimation of the compounds in the present study. Failure to demonstrate the dose‑dependent is a limitation of the study.

The study was supported by the intramural fund from JIPMER institute, Puducherry.